Australian workers are on track to pay the highest average personal income tax rates on record, with new independent analysis warning that without change the federal revenue system will become distorted and the economy more vulnerable to shocks.

The Parliamentary Budget Office, in a report into the budget’s long-term sustainability, said even with the contentious stage 3 tax cuts that are legislated to start in mid-2024, ordinary workers face a huge spike in the amount of tax they will pay. 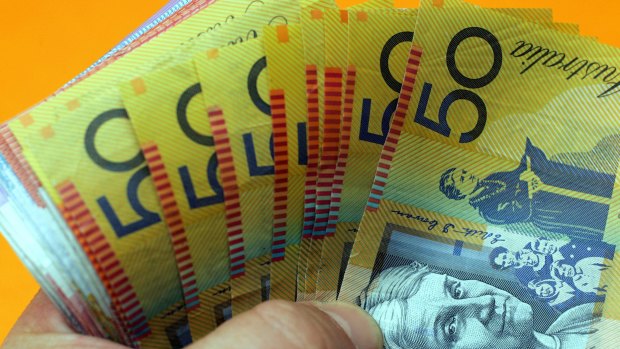 Australians’ average tax rate is on track to hit a record high as the budget relies more heavily on personal tax collections.Credit:James Davies

By 2032-33, the office estimates total personal income tax will climb by 50 per cent to more than $503 billion. Company tax collections over the same period are forecast to grow by 17 per cent to $175 billion.

Australia’s average tax rate has only topped 26 per cent on two previous occasions, in 1988-89 and 1999-2000. On both occasions, the government of the day cut personal income tax rates the following financial year.

The expected increase in the nation’s average tax rate is being driven by bracket creep, as people pay a higher proportion of their income as tax. This can happen from shifting into a higher tax bracket or as more of a person’s wage is taxed at a higher marginal rate.

The budget office said bracket creep had played an important role in budget repair in the past, such as after the 1990-91 recession and following the global financial crisis.

But it warned relying too heavily on one source of revenue could generate risks to the budget.

It said bracket creep could reduce the workforce participation of low income earners while for those in high tax brackets it could encourage people to engage in tax planning and tax structuring.

“There is an important trade-off between fiscal consolidation, aided by bracket creep, and minimising the risks associated with relying on a single source of revenue,” it found.

“A high reliance on personal income tax can leave government revenues vulnerable to changes in the composition of the economy.

“For example, the ageing population is expected to result in a decline in net taxpayers as a share of the total population. Many retirees pay little to no personal income tax because they have lower incomes and access to age-related tax concessions.”

Excises and taxes on superannuation are tipped to climb marginally, to 1.8 per cent and 0.8 per cent respectively.

The budget office says over the next 10 years that, without any change in policy, the budget deficit is likely to be slightly larger than it is forecast for the 2022-23 financial year. The deficit in 2032-33 is forecast to be 1.7 per cent of GDP compared to 1.5 per cent this year.

It believes the budget bottom line is sustainable, but warned there were substantial risks.

“There are structural risks to the budget, including the ageing population and the climate change transition, that may increase the extent to which governments would need to intervene to keep the fiscal position sustainable,” it said.

The fastest growing costs to the budget are the National Disability Insurance Scheme and the interest paid on government debt. NDIS spending is tipped to climb to 2.6 per cent of GDP from 1.4 per cent while interest costs are predicted to reach 1.7 per cent.

Treasurer Jim Chalmers said the report highlighted the challenges facing the budget and the economy.

“We’ve been clear about the structural pressures weighing on the budget, including the five big growing areas of spending – health, the NDIS, aged care, defence, and the cost of servicing the former government’s debt,” he said.