Kailyn Lowry isn’t afraid to expose her ex Chris Lopez for “fat-shaming” her.

The “Teen Mom 2” star, 29, posted a screenshot to her Instagram Story Thursday of an alleged text message exchange between herself and Lopez, 27, that began with her saying she was “proud” of him and that she would “see” him soon.

Lopez then responded, “You know if you ran as much as your mouth, prolly…nvm just have your nanny have my kids ready thanks,” according to the screenshot.

Lowry proceeded to ask fans which “baby daddy” they thought was “fat-shaming” her and marked Lopez as the right answer in her Instagram poll.

Lowry and Lopez were formerly longtime friends before they began dating in 2016. They continued to see each other on and off until they split for good in July 2020. The former couple share two sons, 4-year-old Lux and 1-year-old Creed, together.

The two may be co-parents, but it doesn’t look like they’ll go back to being best friends anytime soon. Lopez recently spilled intimate details of their sex life in an August episode of the “P.T.S.D.” podcast, saying they “had sex a lot” when they were an item.

He also revealed that the “wildest” place they had sex was the “doctor’s office.” He explained that he initiated it by saying, “We was [sic] going for an ultrasound joint. The doctor slid out, and I was just sitting there looking at her like … It was quick. It wasn’t nothing crazy.” 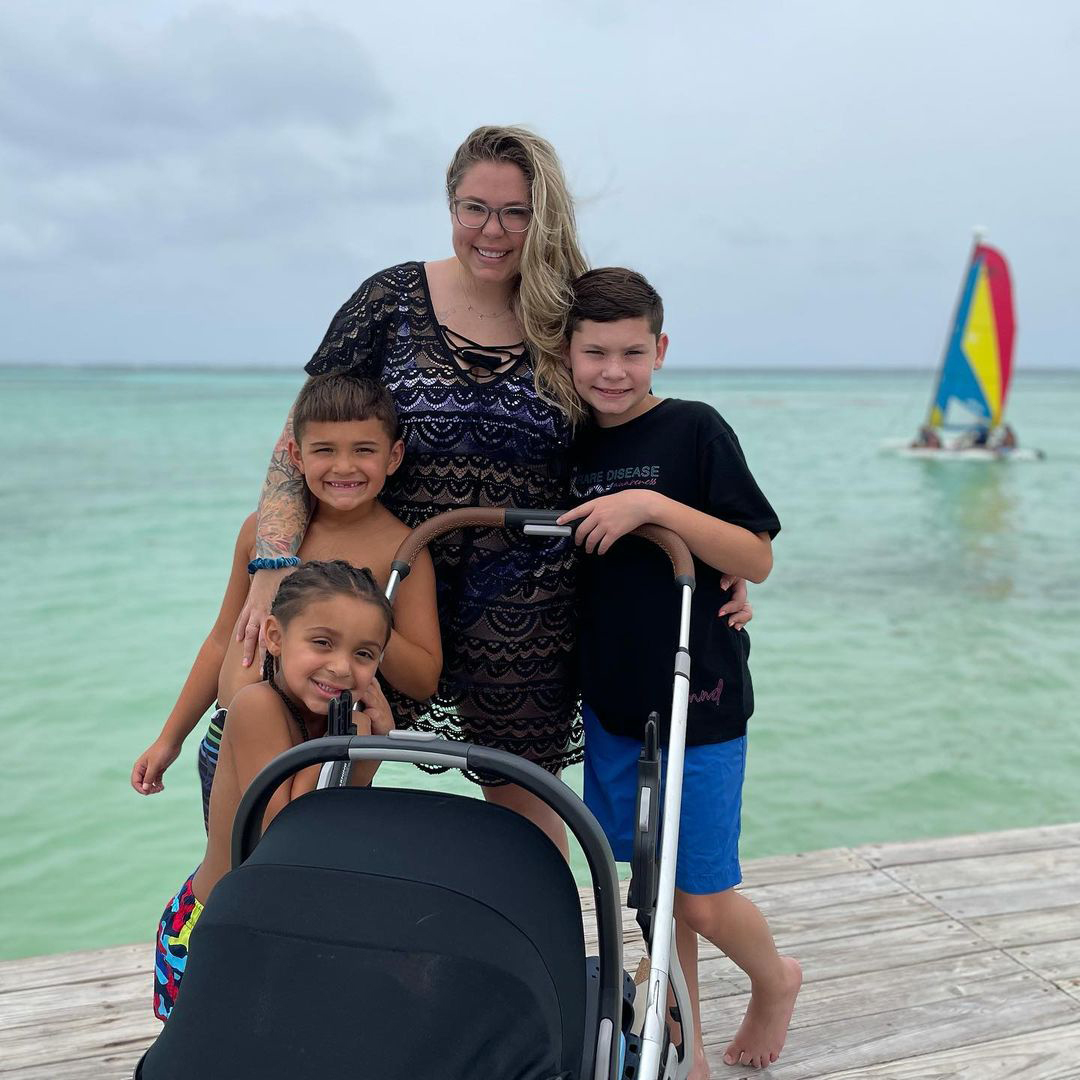 Lowry — who also shares sons Isaac, 11, and Lincoln, 7, with exes Jo Rivera and Javi Marroquin, respectively — will be taking a step back from the spotlight, as she recently told fans that she will not be filming any more “Teen Mom 2” episodes. The author has starred on the MTV show since 2011.

Lopez, on the other hand, has allegedly already signed a contract with MTV to join the show. When a fan asked Lowry during an Instagram Q&A in August whether this “upset” her, she replied, “I don’t give one single f–k what Chris does.”