Teenager shares ‘mental health glow up’ – sparking others to share own

A teenager has shared two pictures of herself showing how far she has come with her mental health – and inspired others to reveal their own transformations.

Quenlin Blackwell, 18, from Dallas, Texas, told her one million followers on Twitter that she’d had a ‘mental health glo up (sic)’ and was ‘proud’ of the change.

Since she shared the post on Tuesday, more than 13,000 people have retweeted it and dozens of her fans have responded praising how far she’s come.

The teenager has been open online about her depression, anxiety and an eating disorder that she overcame recently, reports BoredPanda. 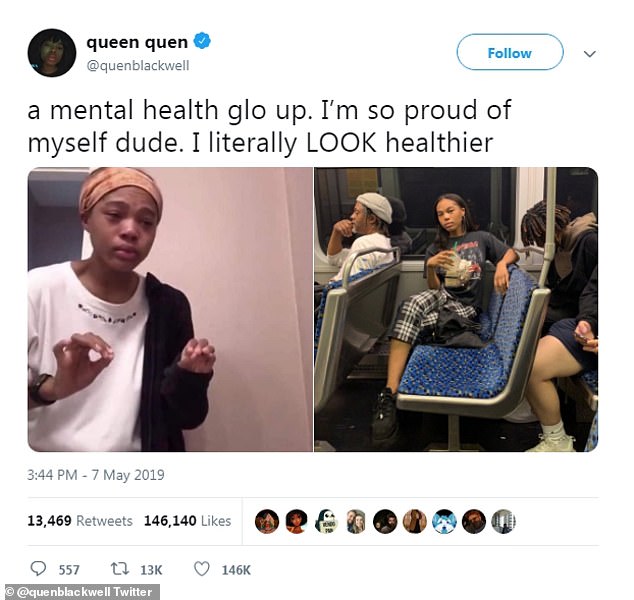 Quenlin Blackwell, 18, from Dallas, Texas, shared two pictures of herself on Twitter showing how different she looked after a ‘mental health glow up’

Several others also shared how their own appearances changed after they improved their own mental health.

Ashleigh posted two pictures showing a complete transformation and said that she was stunned at how different she looked in the two images.

She said: ‘Literally mental health affects your appearance so much I can’t even believe I used to look like that.’

Another woman, who is thought to be from Sweden, also shared how different she looks now compared to when her mental health wasn’t good. 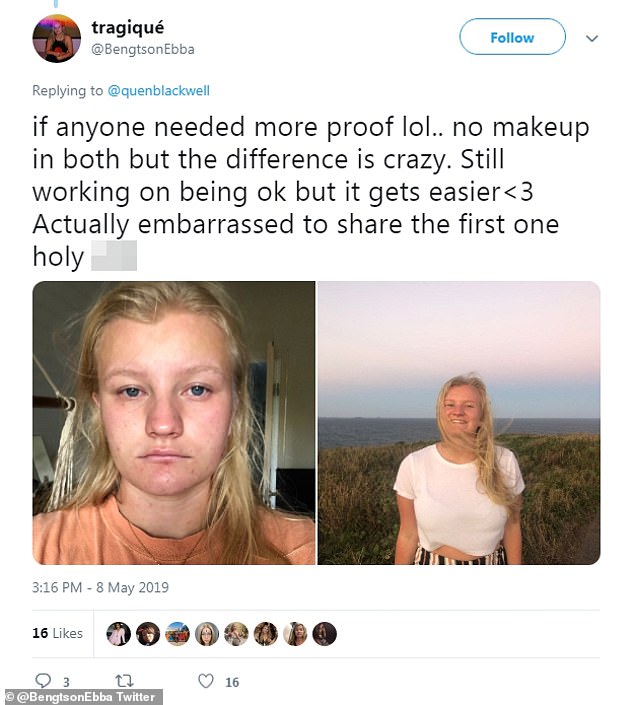 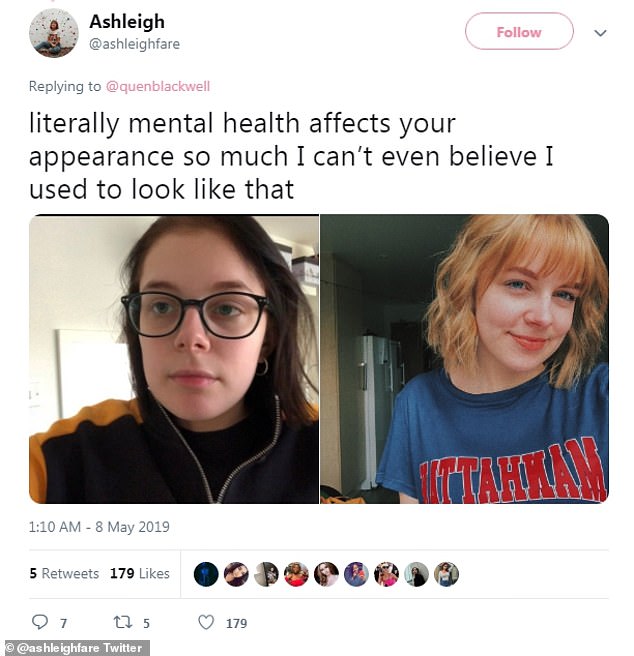 She wrote: ‘If anyone needed more proof lol.. no make-up in both but the difference is crazy. Still working on being ok but it gets easier.’

One follower, called Knox, said Quenlin’s post had made them cry as they could ‘relate’ to her story.

They said: ‘I’m crying because I totally relate. Mental health drains and takes away so much from you.

‘Life becomes so much more beautiful when depression and anxiety doesn’t have a hold on you.’ 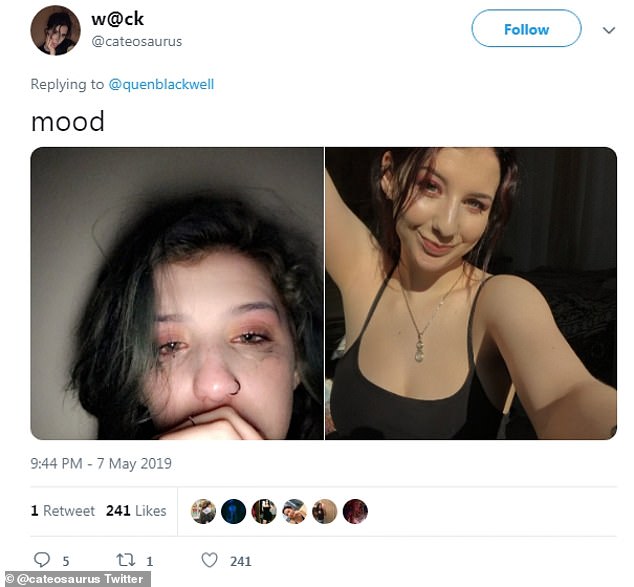 Quenlin’s post received thousands of comments from people. Pictured is another woman who shared a before and after photo of herself showing how mental health can affect appearance 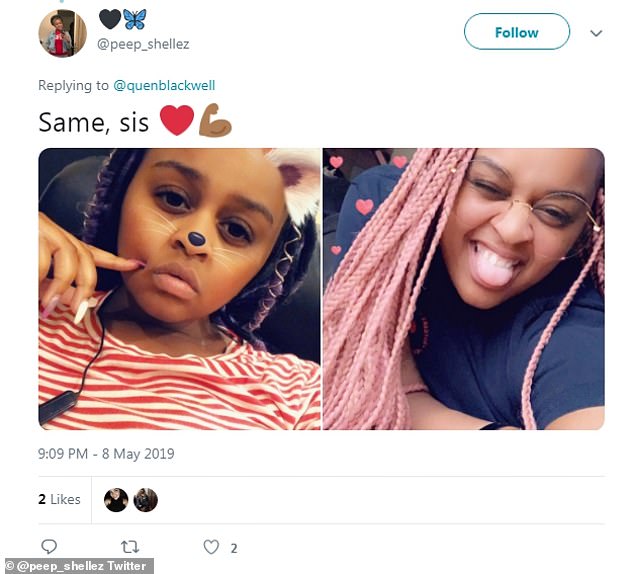 Dozens of people, such as this woman, agreed with Quenlin and said they looked different after addressing their mental health

Thousands of other people commented on the post praising Quenlin for sharing personal details about her mental health.

One person said: ‘This is progress. So proud of you,’ while another added: ‘You genuinely look like you’re doing so much better, I’m proud.’

Quenlin regularly uploads beauty and comedy videos to YouTube and first started gaining a presence on social media in 2013 when she was just 12 years old.