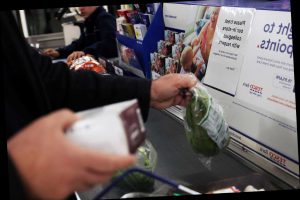 TESCO customers are furious after being double-charged on their shopping in stores due to a “technical error”.

Customers mistakenly paid for their shopping twice after seeing an error message pop up on the card machine when making their purchases. 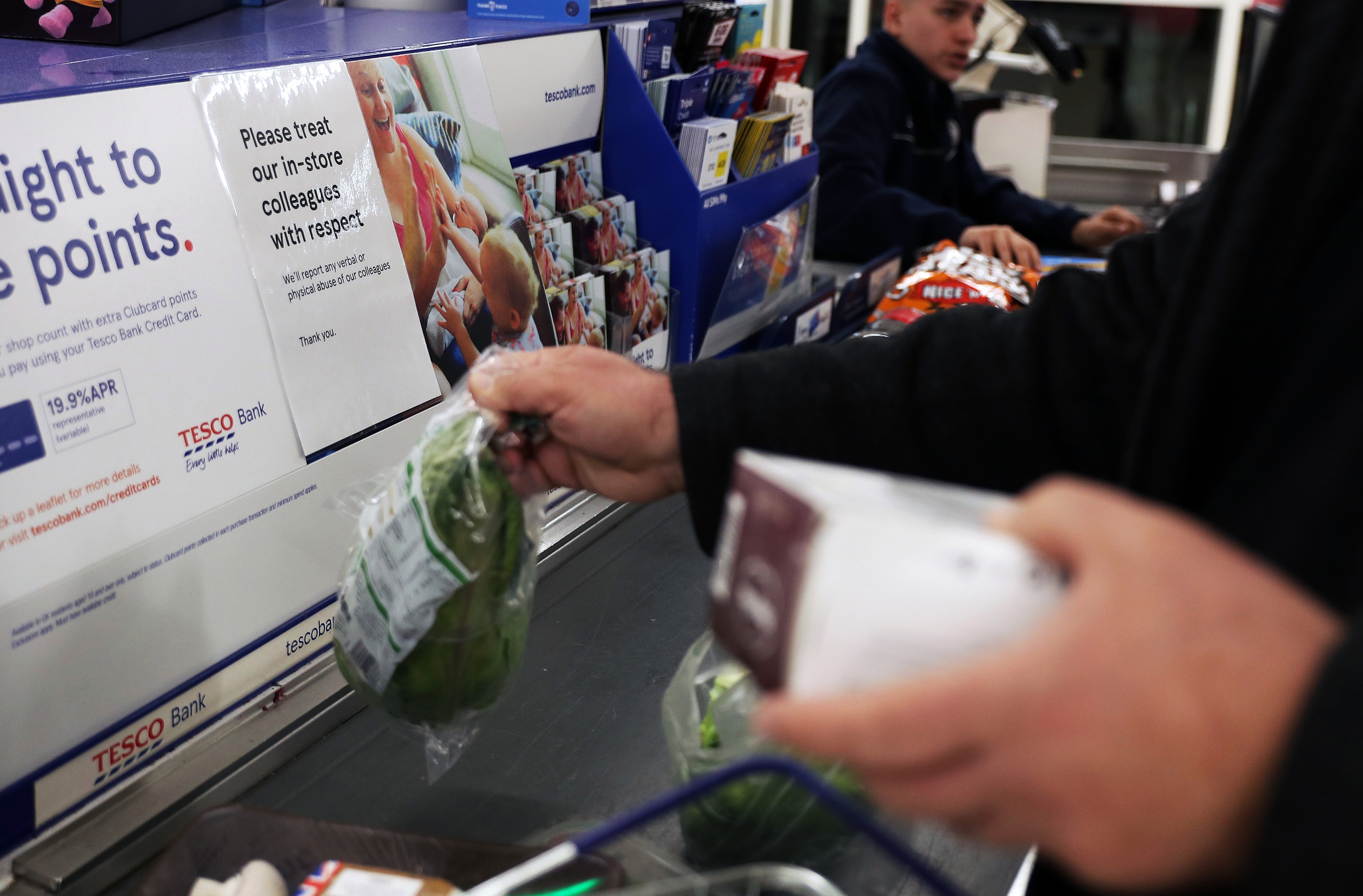 According to MoneySavingExpert, which first revealed the error, thousands of shoppers could have been affected over the past few days.

The glitch could also have happened in different types of Tesco stores, including Express, Extra, Metro fuel stations and superstores.

Online orders have not been affected.

If you think you have been affected, you should check your bank account in case you've been charged bank fees.

Some shoppers have received bank charges after going over their card limit as a result of the mistake.

Tesco has not yet confirmed whether the issue has been resolved, so it’s best to check your account if you’re planning on making a trip.

The supermarket will also automatically refund customers – but it could take days for the money to land in your account.

What to do if you’ve been affected

MOMEYSAVINGEXPERT has outlined what steps to take if you’ve been affected.

If you’ve also been charged extra for bank fees, the supermarket is considering refund requests on a case-by-case basis.

Shoppers who had been overcharged have taken to social media to complain.

One customer tweeted for help from Tesco after she was charged twice for her shopping.

She said she was “really not happy” as she had been left with bank charges after going over the limit on her card. 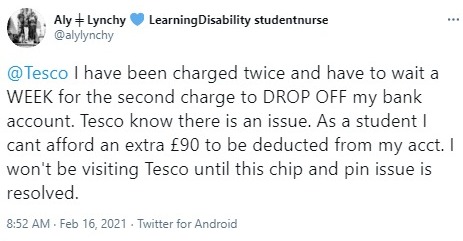 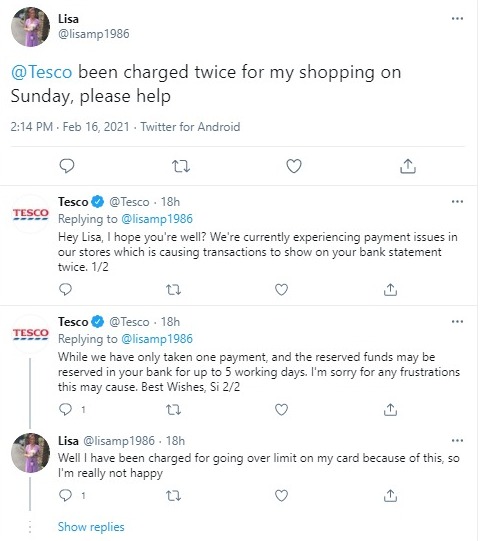 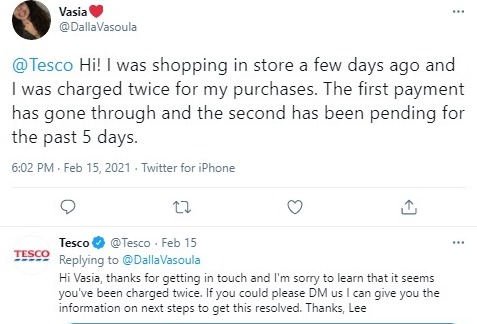 Another shopper, who said they were a student, had also been left out of pocket after their trip.

“As a student I can’t afford an extra £90 to be deducted from my [account],” they tweeted.

A Tesco spokesperson said: “Due to a technical error some customer card payments have been authorised more than once.

“We’re sorry for any inconvenience this may have caused, and we want to reassure affected customers that they will only pay for their purchases once and any duplicate transactions will be reversed."

MoneySavingExpert news and investigations editor Steve Nowottny said: “This is clearly a major error which has led to many customers being double-charged.

"While we don’t have precise figures, the scale of complaints we’ve seen – from Tesco customers all over the UK – suggest the problem’s significant and widespread."

He added: "If you’ve been left out of pocket, for example, because you’ve unexpectedly gone into your overdraft and been charged bank fees, complain to Tesco.

"Given it’s mistakenly double-charged customers, it should be willing to put things right.”

Tesco isn’t the only supermarket which has had problems with payment glitches recently.

Morrisons customers were worried they were charged twice for their shopping last month after a glitch saw them unable to pay for their food with a card, or use contactless payments.

Some thought they had been charged twice for their shopping after checking their bank account and noticing two payments had appeared.

But Morrisons told The Sun that customers who saw double transactions won't have been charged twice, as any payments that didn't go through were "pending authorisation".

This means the funds won't have been taken, and the extra transaction should disappear from your bank statement in a few days.

Supermarkets are among many of the shops which have urged people to pay with card rather than cash during the coronavirus crisis.

Morrisons and other supermarkets will now refuse entry to those who don't wear face masks, apart from those who are exempt, in a bid to tackle the spread of the virus.