Marks & Spencer recently took legal action against Aldi when the rival supermarket chain released its own caterpillar cake, Cuthbert. M&S made the intellectual property claim in an effort to protect Colin the Caterpillar cake’s trademark and reputation.

This time, however, it is Tesco’s Curly the Caterpillar which is sending shoppers into a frenzy.

The cake has been going viral on Twitter as customers have spotted an “odd” detail about it.

On the cake’s packaging, a grinning Curly is seen on the right-hand side of the box looking straight ahead.

What has caught people’s attention, though, is what he is staring at. 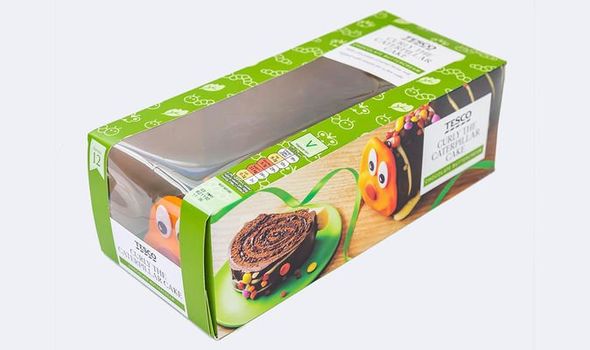 Curly appears to be staring at a slice of the cake a few centimetres away from himself, which users online have been pointing out is actually his body.

The easily-missed detail was shared in a tweet from @julialarwood, which has since gone viral and received over 55,000 likes.

The tweet said: “WHY IS HE LOOKING AT A SLICE OF HIMSELF”

It has been met with thousands of shocked shoppers giving their thoughts on the image. 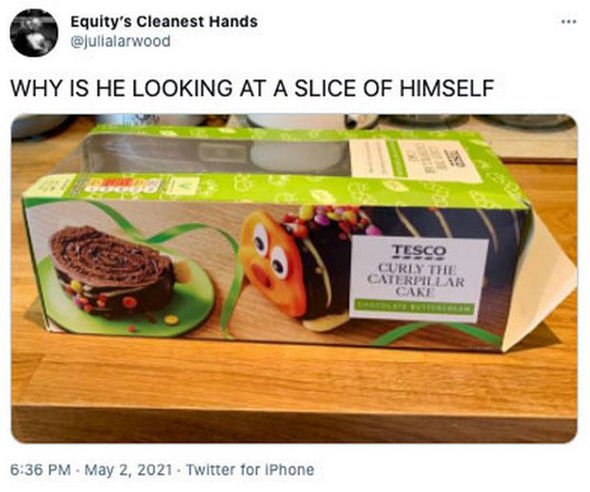 One said: “This is why faces don’t belong on food, people.”

Another added: “It’s actually a slice of his mortal rivals, Colin and Cuthbert. He is victorious, it is his victory token.”

A third said: “Curly the Cannibalistic Caterpillar Cake, whilst great alliteration, just didn’t fit in the text box as well.”

Others have been sharing packaging of a similar nature which also left them outraged.

DON’T MISS
Pub’s CCTV captures what appears to be a ghost [VIDEO]
What happens to my state pension when I die? Does my partner get mine? [INSIGHT]
Piers Morgan reaches out to Anthony Hopkins after ‘woke’ Oscars rant [UPDATE] 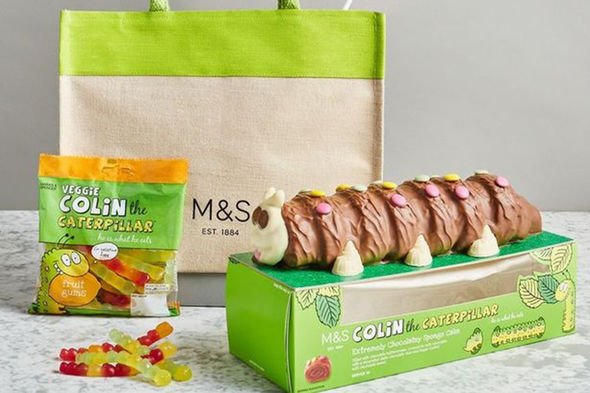 A second person added: “See also: THE CHIP GOLEM, eating a portion of his own brain. A common sight in Belgium (and elsewhere, I’m told) #ChipGolem”