The Eiffel Tower Is Now Straddling a Canyon—Sort Of 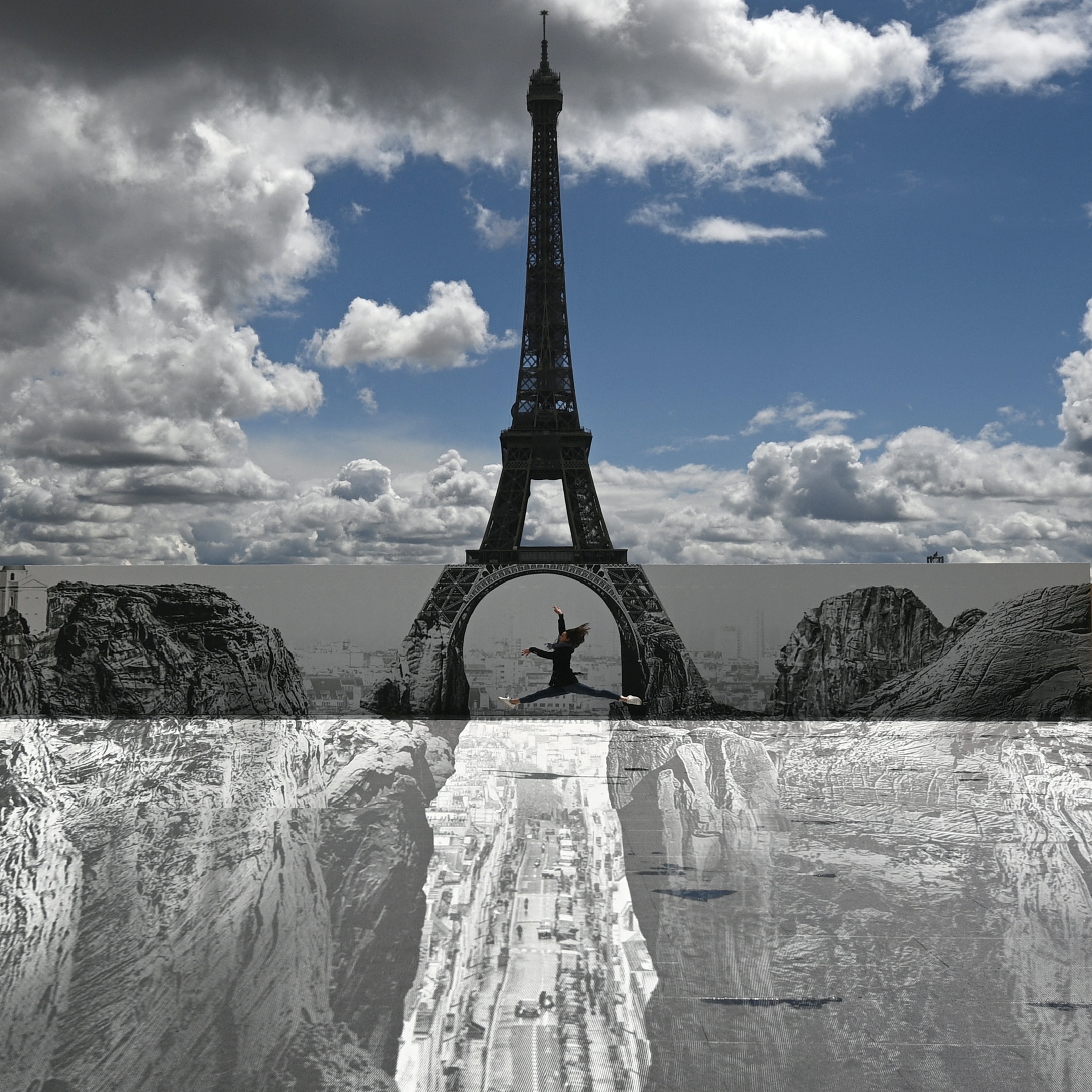 Vacations—remember those? As our lives approach something resembling normalcy, we may be tempted to seek out adventures beyond our borders. Paris, with its picturesque architecture, fashion legacies, and distinguished museums, has long been a dream destination even before the age of the influencer. But now, the artist JR has rendered the Eiffel Tower even more Instagrammable than it already was.

JR, a renowned street artist installed a mind-bending piece at the base of the tower, which uses perspective and geometry to craft the illusion that the famed landmark is standing atop two cliffs in an imposing canyon that cuts through a city. The tower’s support beams appear to balance precariously over a precipice, while viewers can “peer” into the abyss below. For those with a fear of heights, it can be a little disconcerting. But it’s an oddly beautiful illusion, one that will give pause to throngs of tourists who will inevitably pose for photos in front of the tower.

The artist used thousands of pages of paper to create the piece. A panel faces the viewers, projecting the perspective into three dimensions, while the ground is covered in wheatpasted paper photos. JR produced a similar piece in 2019 at the Louvre Musuem, and as Artnet indicates, he will craft a similar concept at the Pyramids of Giza.

There’s no word on how long the Eiffel Tower piece will last—by nature, the paper medium isn’t intended to hold out forever, and street art is notoriously ephemeral. Those wishing to see the piece should book their tickets to the City of Lights very soon.