The eight golden rules that will get you through almost anything 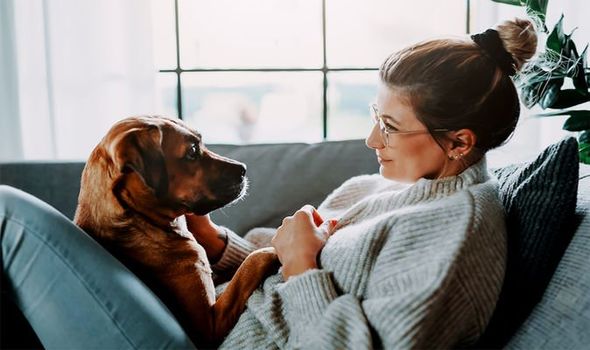 My New Year’s Eve 2019 was spent in a ski resort in the French Pyrenees eating oysters, salmon and local cheeses and knocking back Champagne with people I loved, the perfect family celebration with my husband, Ben and our son, daughter and two nieces.We greeted 2020 by discussing our hopes for the year – projects for work, studies and travel – in what already feels like a sepia-tinged snapshot from a more carefree time.

The following New Year’s Eve was spent in London, alone, under my duvet, self-isolating and awaiting the results of a Covid test I expected to be positive but which, after a six day wait, would actually come back negative. I ate a pasta dish on a tray with shamefully little goodwill to Ben, who’d cooked and delivered it.

As midnight approached, and with Ben’s bed made up in the spare room, I watched TV feeling angry with the world. Six days is a long time in one room. By this point my 40 degree temperature had gone, as had the sweats and the shivers – yet I, like everybody, had seen my life as I knew it taken away and I was finding it hard to accept.

In my normal life, my pre-pandemic real life, I am, so my friends would tell you, an easy-going person and an eternal optimist. But nine months of obsessing over statistics and questioning every decision were taking their toll.

As we headed into yet another national lockdown, even longer than the first, I was snapping over the tiniest things. Philosophical disagreements with my children about social distancing were turning into full blown arguments. I have always believed, at the risk of sounding like a Monty Python song, in looking on the bright side of life – but at this particular juncture it took a lot of effort.

Don’t get me wrong: I knew how lucky I was. I was not one of those people putting their lives on the line to help the rest of us, nor was I living with the loss of either my livelihood or of one of my nearest or dearest. I was a writer who’d worked from home for many years anyway. I had a house and a family and much to be thankful for.

What’s more, I had always dreamed of being an author and my debut novel, Hope Nicely’s Lessons for Life, was due to be published in a few months. It tells the story of its eponymous heroine, a young woman who is writing her autobiography.

Hope is a dog walker who has the neuro-developmental condition Foetal Alcohol Spectrum Disorder, and who relies on a set of “golden rules” to help her make sense of a world that can seem confusing and a bit scary.What helped me, as 2021 began to bite, was to take a page out of my fictional character’s book – quite literally – and work out what my own golden rules now were.

Life had changed. The world was grimmer than it used to be. But without a sense of hope and a sense of humour, it would be all the harder to cope.

And when, on the morning of January 1 my test came back negative, I was already feeling that bit more positive.

I crept downstairs and surprised Ben with a kiss. And during those next long months of lockdown, I clung to my own golden rules and I made it through.

GOLDEN RULE ONE: SIT ON YOUR HANDS AND COUNT TO THREE

This is one of Hope’s rules, and my family would tell you it’s one I would have done well to heed far more often – especially when I’ve had a glass of wine or two, and the subject of social distancing comes up. Christmas Day was the perfect example. It started with opening presents and family harmony – and ended with me throwing a tantrum during a card game and storming off to walk the dogs round the block in the dark.

Another of Hope’s Golden Rules, but most of us could learn by it. Ask questions. Listen to answers. Don’t assume everybody else is having the same experiences you are – one person’s children under your feet is another’s haven’t seen a soul in three days – and always think about the impression what you say and do might give.

Toddlers like to paint and draw and do jigsaw puzzles and build Lego and plant sunflowers and make rice crispy cakes. But then we all grow up and feel the need to talk about house prices and dodgyVAR decisions instead.While the pandemic brought pain and stress and strain to some, to many it brought unprecedented boredom. But, as child psychologists would tell you, boredom is a great springboard for creativity.Think banana bread and grown-up colouring books. Embrace your inner toddler. Go on, next time it rains, put on those wellies and go out for a splash.

It really does.Whistle a happy tune, and all that – or just pop it on the stereo or Spotify.And never attempt the housework without the right backing track. Only you can know what that is – a bit like wands in Harry Potter – though it can change with your mood. One person’s Elvis is another’s Lily Allen. Upbeat, however, is better than melancholy.Avoid Baby Shark at all costs unless you have very small people helping with the dusting.

This is the first rule of fiction writing which Hope Nicely learns very early in my novel. And it does transfer to real life too. In fiction, it’s a matter of not telling the reader that Mr Smith is angry but showing the lowered eyebrows and scowl. In real life showing is often better too – especially when we’ve all been so removed from so many of the things that matter to us. Don’t tell your elderly neighbour you’re happy to help with the shopping, show you mean it by calling or popping in and asking what they need – and taking the time for a proper chat too.

My two rescue dogs, Snoopy and Charlie Brown, have always known that the most important things in life are walkies and teatime. It took lockdown – not that we chose it – for us humans to come round to their way of thinking. Long walks and meals became the high point of the day for an entire country. As did curling up on the sofa. And maybe it did help us to appreciate the smaller, simpler things just a little bit. Sometimes it’s OK to be more dog.

GOLDEN RULE SEVEN: A LITTLE OF WHAT YOU FANCY

We’ve all needed to spoil ourselves.We’ve all needed to feel just a bit wicked. But the key in having a little of what you fancy is often in balancing that “little”. Be it biscuits or pink gin – the hard bit was often the moderation side – little enough to keep it slightly naughty without tipping over the edge. I say this as a woman who believes that bottles of wine and chocolate bars are sad if they are not finished once started.When the pubs were closed, Ben and I made questionable home brew and I painted us a family pub sign. “The Priory” pub was open on Fridays and Saturdays. It gave us something to look forward to – and, when the days blurred, it kept the weekend different.

Or poems. Or write them. Or watch movies. Even when borders are closed and you are restricted to staying at home for entire days, there is always an escape route. It is called your imagination…