Mail your Christmas cards here! Bringing a little joy to the world, the festive postbox knit-wits who decorate red pillars with woollen creations

Keep an eye out when you go to send those Christmas lists off to Santa, because postboxes across Britain have been struck with a mystery infestation of knitted mice, snowmen and even gingerbread men, all left by ‘yarn-bombers’.

Groups of festive-minded crafters have been wielding their knitting needles and crochet hooks, then getting together in the dead of night to install their creations secretly across the land.

Foremost among them are the Secret Society of Hertford Crafters, who have created 42 festive scenes around their county.

A spokeswoman for the close-knit group, who formed in 2017, says: ‘It feels rather naughty for us ladies of a certain age to be going out in the dark, yarn-bombing postboxes.’

Each of their baubles is about 24in in diameter and took 584 hours to make on average, according to the group, which has 160 members. 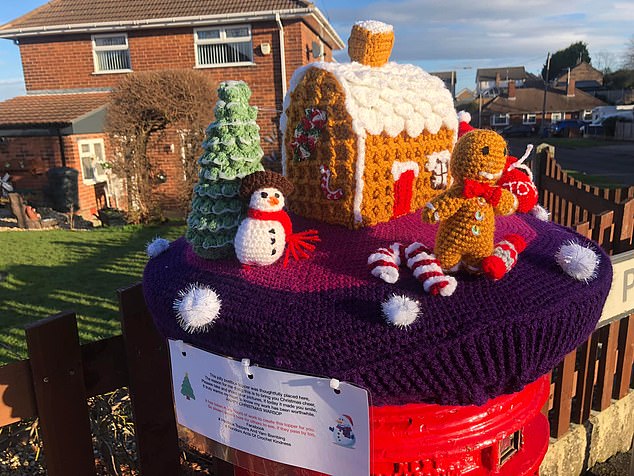 Post boxes across Britain have been treated to festive Christmas toppers by ‘yarn-bombers’ looking to spread Christmas cheer Pictured: Post box in Market Warsop, in Nottinghamshire 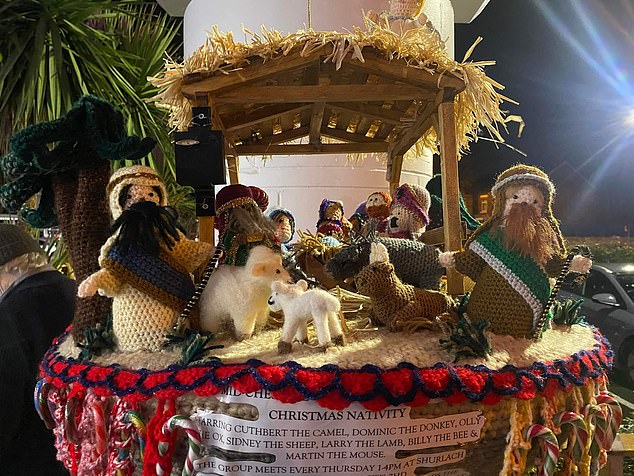 Knitivity scene: The baby Jesus gets a warm welcome in Northwich, Cheshire 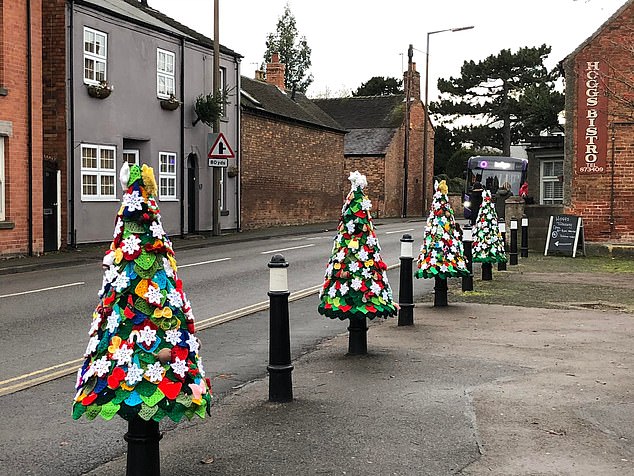 Groups of crafters have been wielding their needles and crochet hooks, then getting together in the dead of night to install their creations. Treemendous: Bollards in Breaston, Derbys 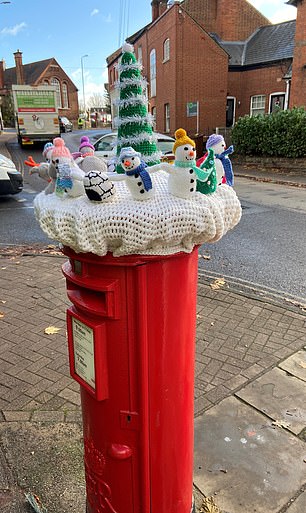 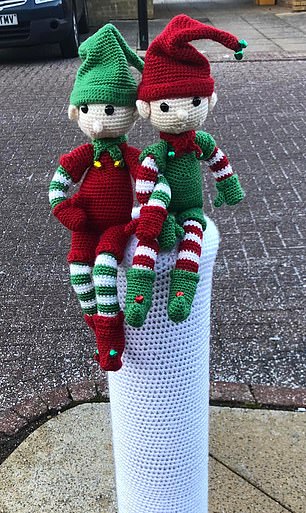 Festive friends: a postbox in St Albans (left) and a crocheted top in Luton (pictured right) 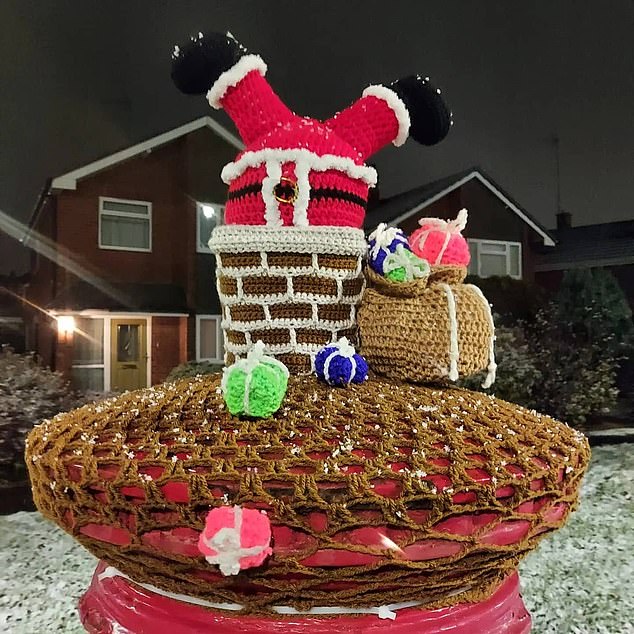 A spokeswoman for the close-knit group, who formed in 2017, says the women feel ‘rather naughty to be going out in the dark, yarn-bombing postboxes’. Pictured: Warwickshire 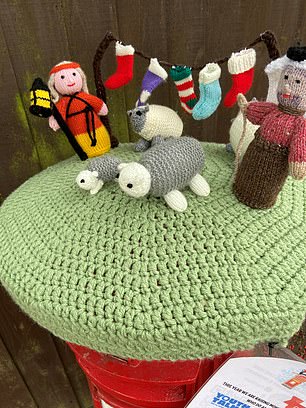 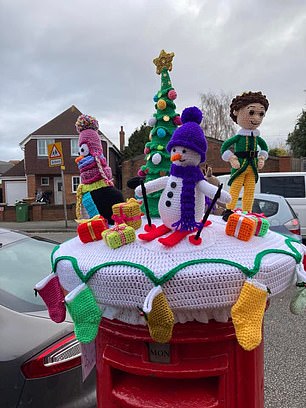 Box in Gainsborough avenue, St Albans, and one created by Jan Gibson in Wallington, Surrey 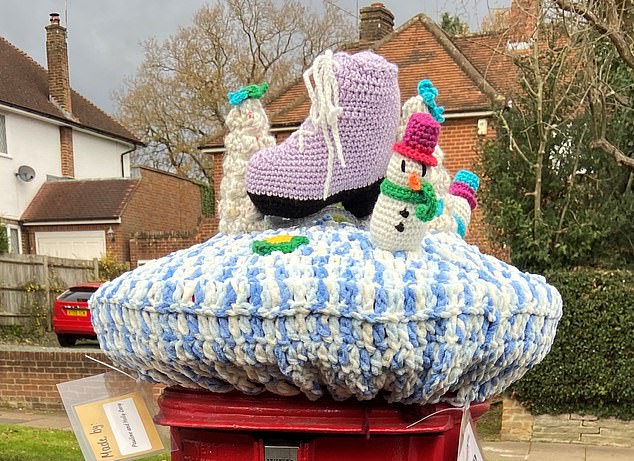 Pictured: a festive scene on top of a post box in Marshalls Drive in St Albans 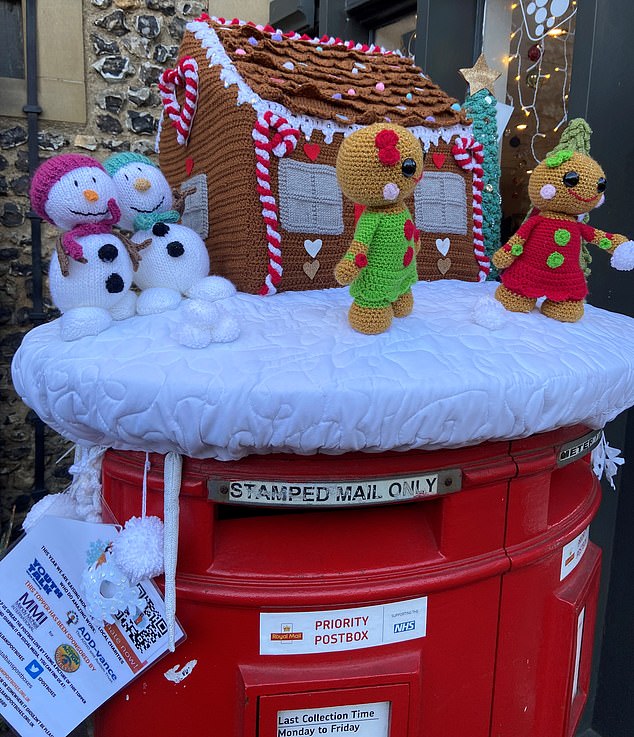 The Secret Society of Hertford Crafters are the most prolific postbox toppers and have created 42 festive scenes around their county. Pictured: A postbox near the clock tower in St Albans