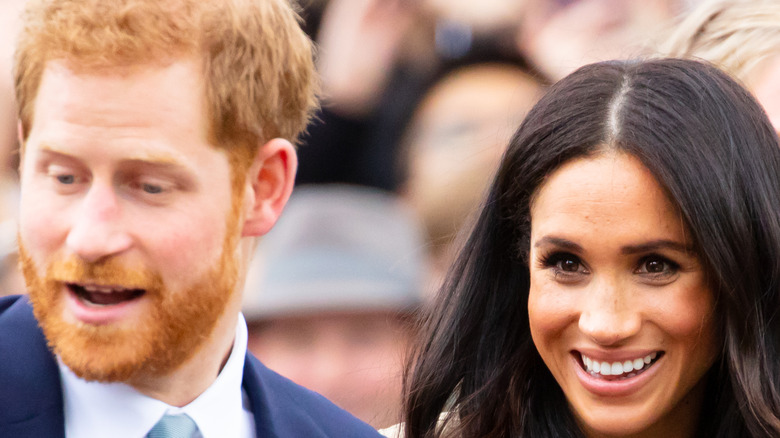 Prince Harry and Meghan Markle look like the picture of happiness in 2021. After all, they walked away from their royal family duties for a brand-new life in Southern California with their little boy, Archie, and then welcomed a baby girl into their family, Lilibet Diana.

The Duke and Duchess of Sussex now live in Meghan’s home state, have entered new business ventures, and bought a beautiful home in the upscale town of Montecito (via Harper’s Bazaar). However, when the couple first started settling into their American way of life, it wasn’t all fun and games. Like all British royals, they were constantly under the watchful eye of photographers in England and couldn’t escape them when they moved to the United States. A new book called “Finding Freedom” written by journalists Omid Scobie and Carolyn Durand details a time shortly after the couple moved that broke their hearts — and was captured by the paparazzi. 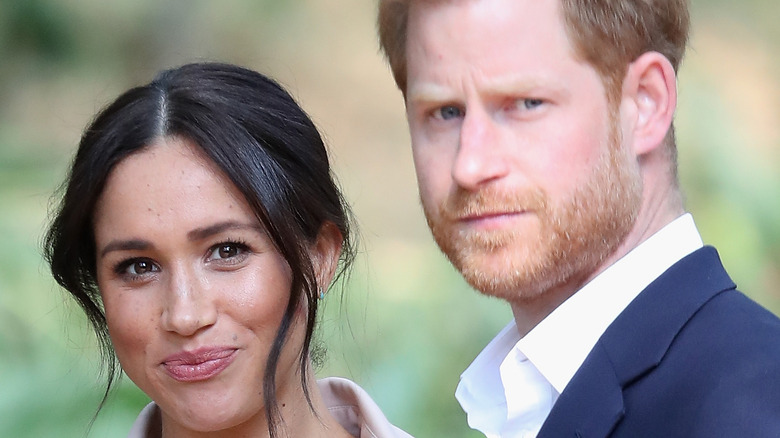 In November of 2020, Meghan Markle wrote a piece for The New York Times discussing how women feel when they suffer a miscarriage, describing when she suffered her own the previous July.

“After changing his diaper, I felt a sharp cramp. I dropped to the floor with him in my arms, humming a lullaby to keep us both calm, the cheerful tune a stark contrast to my sense that something was not right,” Meghan wrote. “I knew, as I clutched my firstborn child, that I was losing my second.”

The couple quickly went to the hospital, but photographers caught them leaving after the miscarriage or after a follow-up appointment, according to The Independent. The snaps ended up in The Daily Mail. “Finding Freedom” describes the Sussexes as feeling blindsided and angry.

“What should have been a deeply personal moment quickly became the top story on the Daily Mail Online, with a dozen photos of the masked couple getting into a Cadillac SUV,” the authors wrote.

However, a spokesperson for Meghan and Harry stated that they were never interviewed for the book and the authors do not speak for them.