The ‘Riverdale’ Season 3 Finale Finally Introduced Charles Smith, But Not How Fans Expected

Riverdale fans were expecting the show’s Season 3 finale to reveal the truth about the Gargoyle King and Farm mysteries, but the twist-filled episode went a step further and actually introduced a character that fans have been speculating about for over two seasons now. Spoiler alert: This post contains spoilers from the Season 3 finale of Riverdale, "Survive the Night." The Riverdale Season 3 finale introduced Charles Smith at long last, but in a completely different way than many fans had theorized. Let’s break down the importance of Charles’ role in the show as it prepares to move into Season 4.

Charles Smith has been at the center of countless Riverdale fan theories since his name was first brought up in the Season 1 finale. Alice revealed to Betty that she and F.P. Jones had a secret child in high school, but Alice chose to give her son up to the Sisters of Quiet Mercy to raise. Throughout Season 2, Chic impersonated Charles Smith, but it was later revealed that Chic was actually an acquaintance of Charles’ who had stolen his identity, and he claimed that Charles was actually dead. But because of Chic’s constant lies, many Riverdale fans still believed that Charles was still alive and possibly connected to the mysterious events of Season 3 in some major way.

There have been endless fan theories about Charles Smith’s true identity. Fans have guessed that everyone from Edgar Evernever, to Kurtz, to the Gargoyle King himself might turn out to be Charles Smith, but Wednesday night’s Season 3 finale proved all those theories wrong. At the end of the episode, an FBI agent knocks on Betty’s door asking for the whereabouts of Alice Cooper and Edgar Evernever, and the agent then reveals himself to be Charles Smith, the half-brother of both Betty and Jughead. 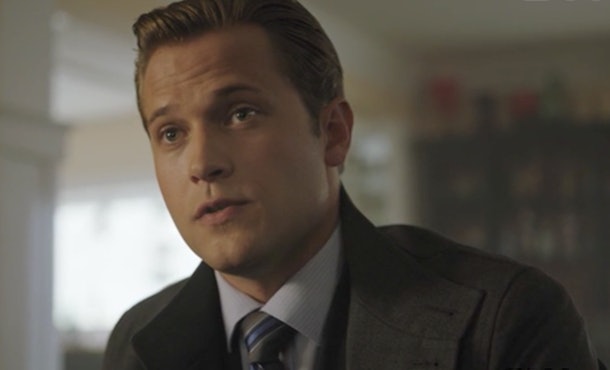 And the Charles Smith introduction also comes with a twist involving Alice Cooper that will definitely become a big part of Season 4. Charles tells Betty and Jughead that Alice was actually working undercover with the FBI this whole time to get close to Edgar Evernever and try to covertly take him down. The problem now is that Edgar, Alice, and everyone else in The Farm (except for the left-behind Kevin) have suddenly disappeared after Edgar announced it was time for the "ascension."

The cliffhanger seems to set up Betty’s main storyline for the next season, while also introducing Charles Smith as a new major character that will be a big part of Season 4. It looks like Betty and Charles will be working together closely to try to track down where Edgar has taken Alice, and then finally take down Edgar once and for all. The Season 3 finale also notably left much of The Farm mystery open-ended, meaning that we will very likely be seeing Edgar again in Season 4. Fans can also expect an emotional reunion between Charles Smith and his father F.P. Jones (who both happen to be in law enforcement) at some point next season. The CW has already picked up Riverdale for a fourth season, and that new season is expected to begin airing sometime in October.