Home » Lifestyle » The Song Company’s show finally goes on, even when tenor calls in sick

The Song Company’s show finally goes on, even when tenor calls in sick

Of all the musical anniversaries ruined by the pandemic, one of the least noticed but most significant is the 500th anniversary of the death of French composer Josquin des Prez (died 1521). 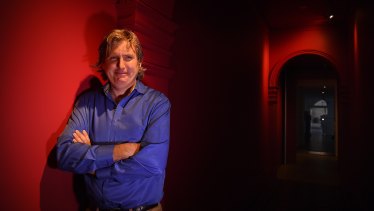 Sometimes called the “Michelangelo of Music”, Josquin was among the first celebrated masters of the Renaissance polyphonic style. Much studied by generations of musicians, this style has always represented a kind of perfection for its serene, transcendent spirit and its seamless blend of evenly matched voices in immaculate euphony.

The Song Company belatedly noted the milestone in the sonorous glory of St Mary’s crypt with a performance of what is likely to have been Josquin’s last mass, the Missa Pange lingua, interspersed with the 12 motets of Prophetiae Sibyllarum by the late Renaissance master Orlande de Lassus. The whole program was also framed by more recent music by Australians Romano Crivici and Heather Percy.

Although Josquin’s Mass and Lassus’ motets are, in one sense, cut from the same polyphonic cloth, they represent opposites of the Renaissance musical mind. Josquin’s mass rejoices in the unadorned beauty of the natural, so-called diatonic, scale (the “white” notes with relatively few “black” ones), while Lassus’ work explores the then-new discoveries of “chromatic” harmony (the full range of “white and black” notes, moving daringly from one mode to another).

With tenor Dan Walker struck down by a positive COVID-19 test, the pandemic tried its best to ruin this celebration as well, but in a courageous display of the show-must-go-on mentality, conductor and artistic director Antony Pitts leapt into the fray, mixing his intimate knowledge of the music’s harmonic and expressive purpose into the quartet of trained singers.

The Song Company adopted natural, often lively speeds and avoided the long-note solemnity once associated with this music. Josquin’s mass was a pure delight, from the still balance of the Kyrie, to captivating soprano-alto duet in the Sanctus and the animated complexity of the Credo.

The Lassus motets interspersed glimpses of the uncanny drawing on strange chord shifts to highlight specific words and phrases. Crivici’s Dreams and Visions served as a polyphonic introduction to the program, hinting at fugal styles with floating contrapuntal lines in sorrowful minor mode.

To close, Percy explored delicate dissonance and, after the consonant polish of the Renaissance music, the opening and closing of her Locus iste (after Bruckner) were like discovering the comforting warmth and unvarnished roughness of natural stone.