The boy bander passed away after a battle with terminal brain cancer in March at the age of 33.

Even as Kelsey Parker continues to mourn the loss of her husband after his long battle with brain cancer, she still has their two kids to worry about — and one of them thinks her daddy is just out “on tour.”

Tom Parker, member of boy band The Wanted, passed away on March 30 at 33 years old. He left behind his wife and two children, 2-year-old daughter Aurelia and 1-year-old son Bodhi. 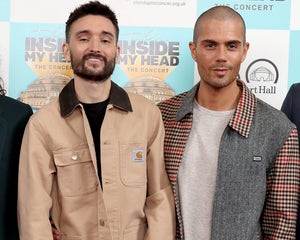 In a new interview with Lorraine Kelly for ITV, Kelsey said that she’s “been really honest” and explained to Aurelia that her daddy is dead, but “she does still talk about him every day and she doesn’t quite understand that he’s not coming back.”

She explained that Aurelia is confused by her father’s absence, and thinks that maybe he’s just on tour with the group. “She’s a bit like, ‘Well, you’ve been on tour, so is he going to come back from this?'” Kelsey shared. “She’s just really confused by it.”

Kelsey does her best to keep things positive in the household, even as she admits that the nights can be lonely. “They wake up happy,” she said of her kids. “So I can’t be sad. And he wouldn’t want us to be sad and mourning.”

Just days before his death, Tom announced a new book which he intended to be positive and uplifting. “Hope: My Inspirational Life” was released posthumously and has been on the UK bestseller list ever since. 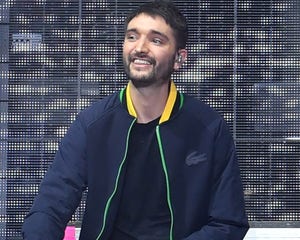 The Wanted's Tom Parker Dead at 33 After Brain Tumor Battle

The singer announced he was diagnosed with terminal brain cancer back in October 2020. “We are all absolutely devastated but we are gonna fight this all the way,” he and Kelsey said in a joint statement at the time.

“We don’t want your sadness, we just want love and positivity and together we will raise awareness of this terrible disease and look for all available treatment options. It’s gonna be a tough battle but with everyone’s love and support we are going to beat this.”

He and Kelsey welcomed son Bodhi shortly after the diagnosis and Parker was even able to reunite with his bandmates for an arena tour. Their most recent show was on March 17, 2022.