Home » Lifestyle » Transcontinental Railroad’s role in expansion across US highlighted

Transcontinental Railroad’s role in expansion across US highlighted

Into the Wild West: Transcontinental Railroad’s role in expansion across America is highlighted in photos showing Mormon families, a Shoshone tribe and workers laying tracks in the 1800s 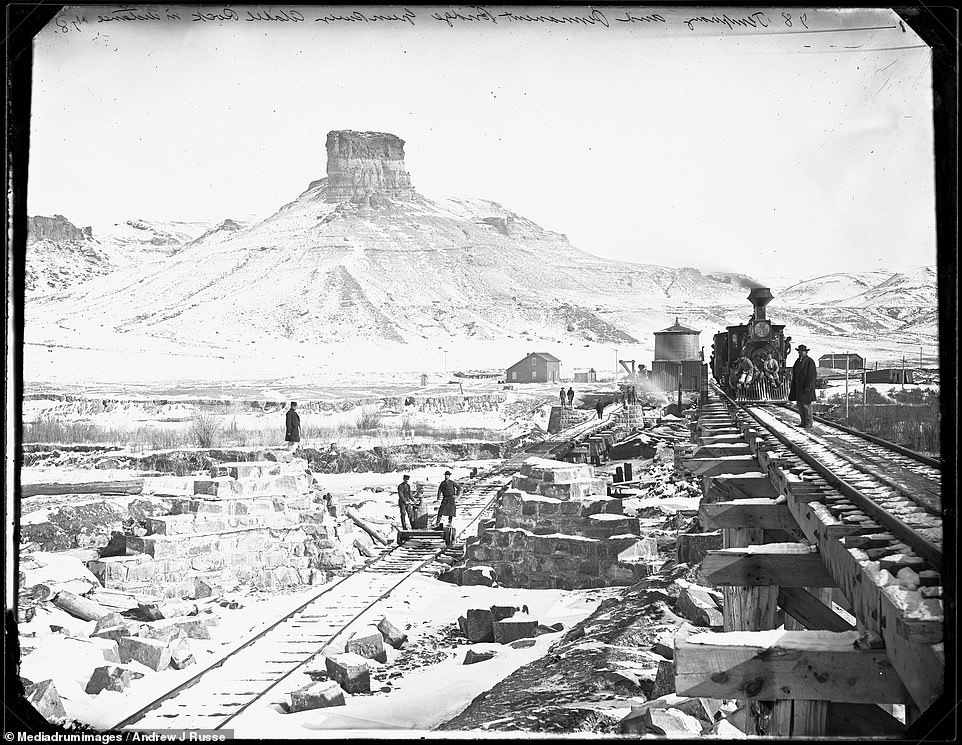 The Transcontinental Railroad’s role in the expansion into the Wild West during the 1800s is highlighted in a fascinating new exhibition at the Oakland Museum of California. The Pacific Railroad, known later as the Overland Route, was built between 1863 and 1869. It connected trains in Omaha, Nebraska, in the east to San Francisco Bay in the west. Pictured: a temporary and permanent bridge built over the Green River with Citadel rock in the distance 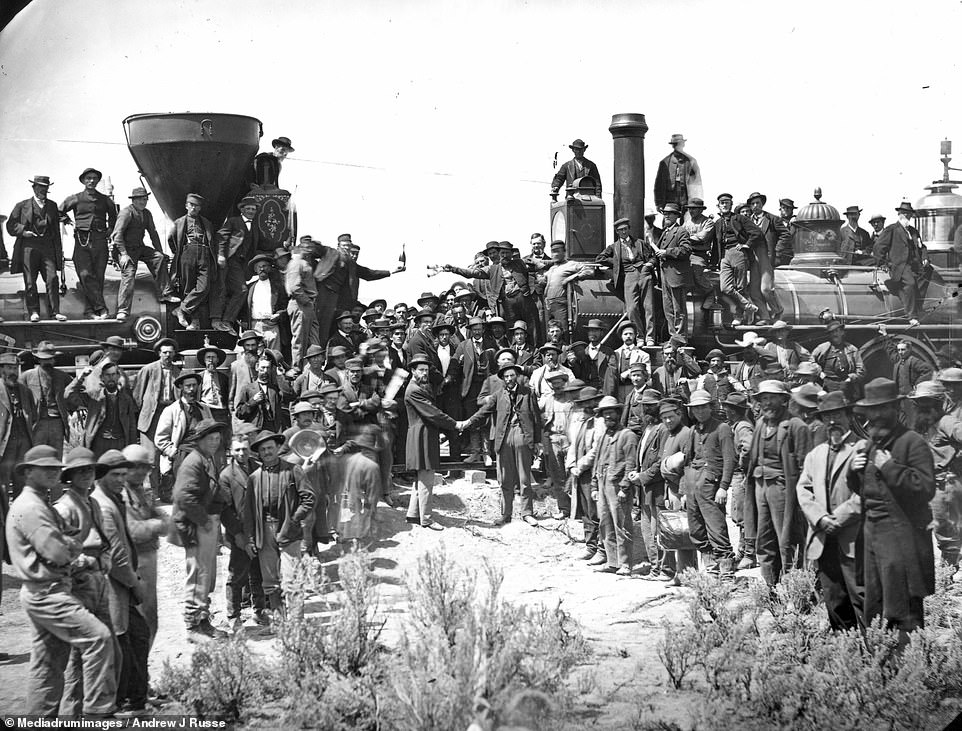 The continuous railway line was 1,912 miles long, and was built by Western Pacific Railroad Company, the Central Pacific Railroad Company (CPPR) from California, and the Union Pacific. It was officially opened on May 10, 1869, when CPPR president Leland Stanford drove the last spike into the line, pictured. A man stood on one of the trains can be seen bolding up a bottle of champagne in the background 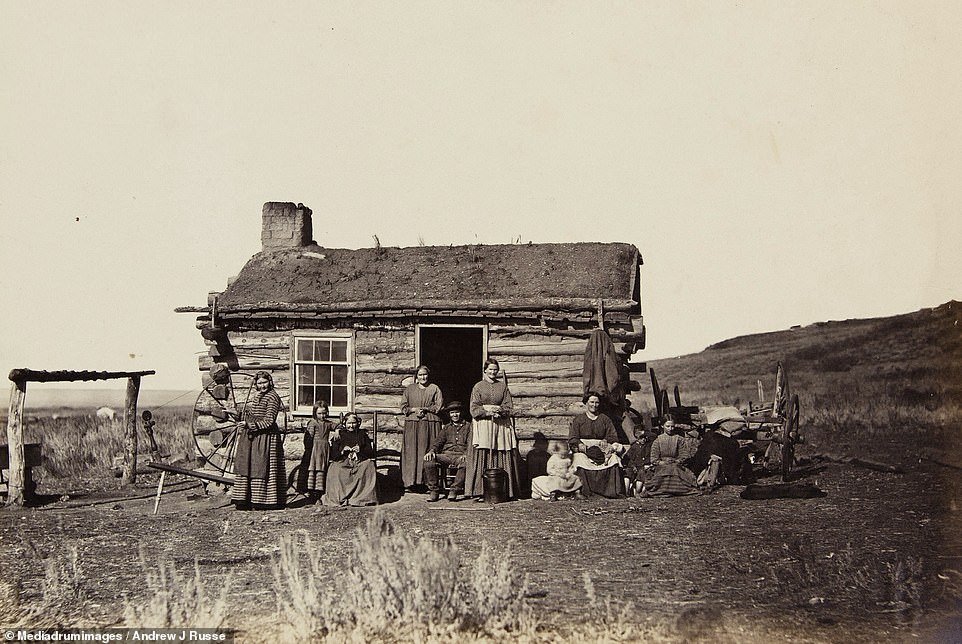 The Union Pacific Railroad commissioned Andrew J. Russell to take this series of photographs to document the successful development of the track – but he often captured a complex picture of western expansion. This striking shot shows a Mormon family living in the Great Salt Lake Valley. Russell used the collodion photographic process to capture such emotive portraits in remote locations 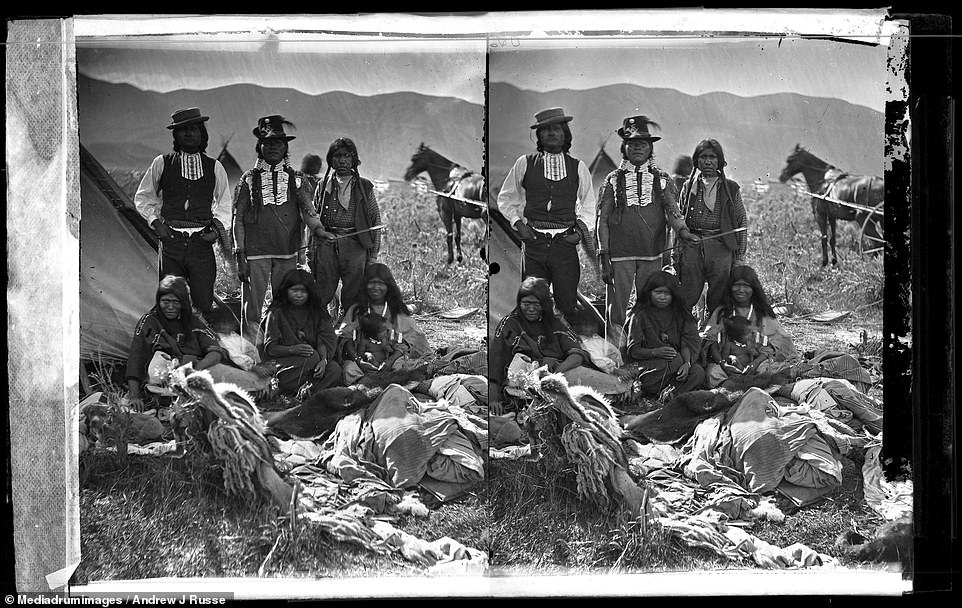 Many of the images show Native Americans posing for the camera, such as these Shoshone Indians, even as the building of the railroad begins to displace them. In order to build the railroad without opposition, many Native American tribes were removed from the area and sold their land on to developers who gave them reservation land elsewhere. The influx of white settlers also brought diseases which decimated the Native American population 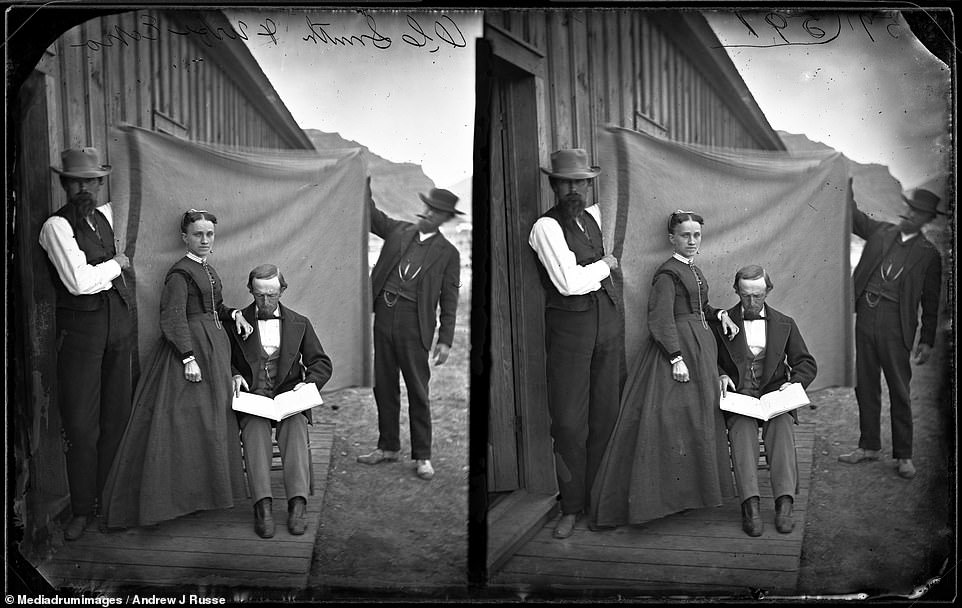 Here, O.C. Smith, a cashier for the Union Pacific Railroad, and his wife pose for a photo as two other men hold up a screen behind them. The exhibition launch coincides with the 150th anniversary of the railroad’s completion. Drew Johnson, Curator of Photography and Visual Culture at the Oakland Museum of California said: ‘Andrew J. Russell remains one of the most influential landscape photographers who brought the American West to a mass audience in the 19th century, and whose work continues to shape our perceptions of this important period’ 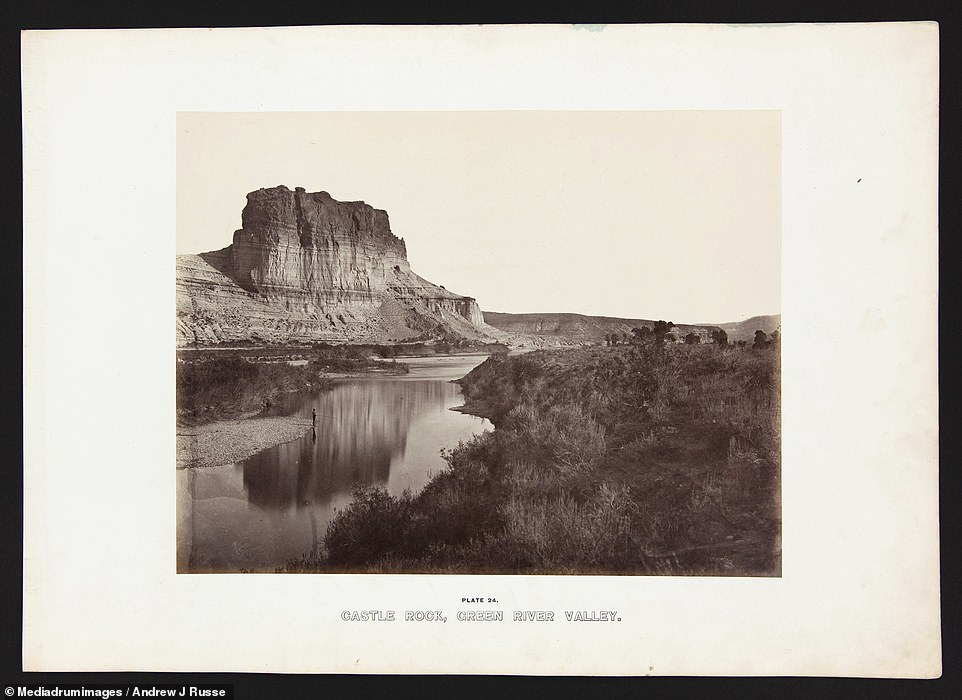 Russell captured the beauty of basically untouched landscapes in his photographs, including this shot of a man fishing at Castle Rock in the Green River valley. Shortly after the railroad was finished, John Wesley Powell began his three-month journey along the Green and Colorado rivers near here, and famously became the first white man to travel through the entire Grand Canyon on record 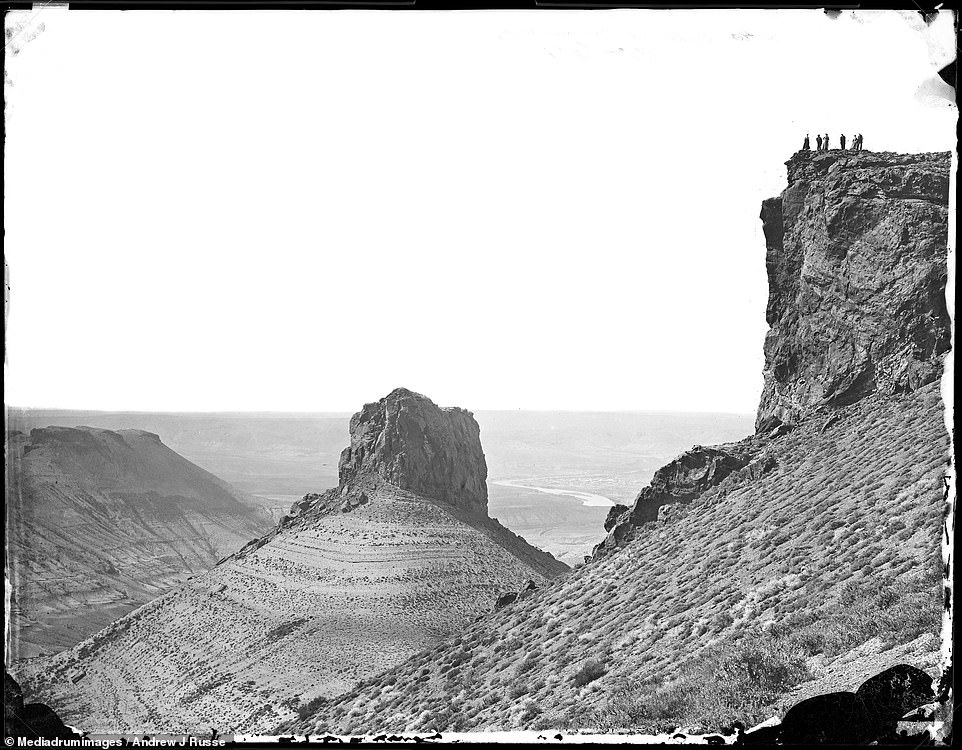 Pictured: Smith’s Rock in Green River Valley, 1868. Pushing West: The Photography of Andrew J. Russell will be on view in OMCA’s Gallery of California Art May 4 through September 1, 2019 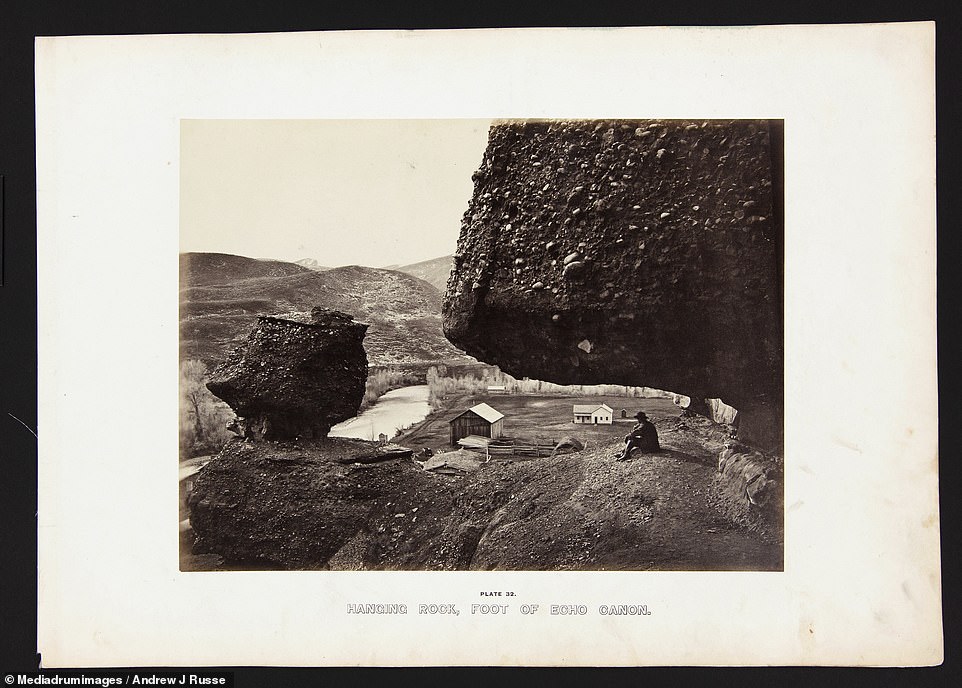 This beautiful shot shows a lone man sat beneath a hanging rock at the foot of Echo Canon in 1869. Johnson added: ‘Drawn from one of OMCA’s core collections of nearly 650 original collodion negatives and 60 vintage prints, the exhibition will include Russell’s iconic images alongside rare vintage prints and modern prints from original collodion negatives to tell a multi-faceted story of this pivotal moment in history’