Home » Lifestyle » Treating North like a lab is a misuse of power, writes DAVID BLUNKETT

Treating North like a lab is a misuse of power, writes DAVID BLUNKETT Treating the North like a lab is a blatant misuse of power, writes former Home Secretary DAVID BLUNKETT

The lockdown measures being debated in Parliament are so extraordinary that they are almost comical.

If passed, they will make it illegal for two people to dance together – or even be in the same room – unless they live in the same household.

The restrictions will also forbid groups of more than six to sing together in a theatre, pub, church or anywhere else.

Britain has not seen such swingeing restrictions on ordinary daily life since the era of Oliver Cromwell and his puritan Protectorate in the 17th century.

Appalling damage is being done to our liberties in the name of preserving our health.

The proposed draconian regulations, hurting half the country, are being laid down without consultation from the top.

This is not dialogue: it is dictatorship. 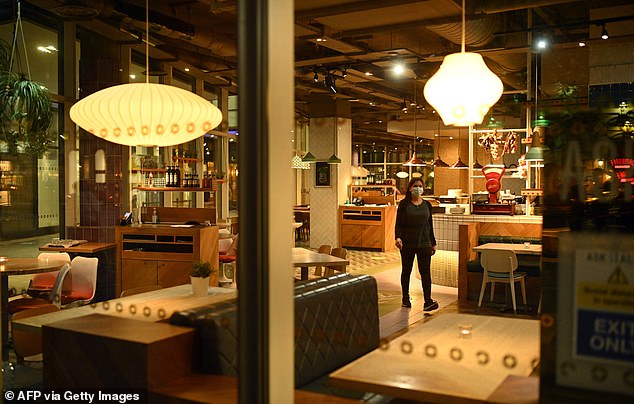 Pubs and restaurants in the north, including in Manchester (above) will suffer under the proposed draconian regulations being debated in Parliament

The suggestion floated yesterday that bars and restaurants across the North of England are to be closed came without discussion with local councils and representatives.

Fifteen million people will be affected – and their views have been comprehensively ignored.

There has been no attempt to involve local scientists or politicians, the very people who know most about why infection rates appear to be spiking.

Andy Burnham, the Labour Mayor of Greater Manchester, said the first he knew about it was when he opened yesterday’s papers. Yet his administration has been fully co-operative throughout the pandemic.

In fact, one noticeable aspect of this long crisis has been the willingness of people from all political parties to work together. 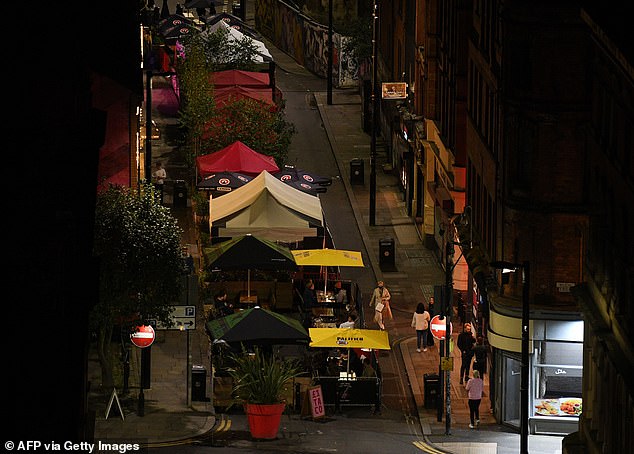 Proposals from on high, without consultation with local figures, is a ‘betrayal,’ writes DAVID BLUNKETT

This makes the unilateral decision to lock down the North all the more of a betrayal.

The Government appears to have no interest in working with its allies any more than it intends to placate old foes.

I find it incredible that the Tory council in Bolton was told nothing by the Tory administration in Downing Street before their businesses were shut down with the loss of innumerable jobs.

It is a wicked abuse of power. I don’t understand why Boris Johnson thinks he will get away with treating a swathe of Britain as an experimental laboratory for testing measures that have limited scientific validity at best.

Does he not remember what happened to his predecessor Margaret Thatcher when she tried an equally arrogant experiment in the late Eighties, introducing a new system of financing local government in Scotland?

It was called the Poll Tax and it helped to bring down her government… a government with a majority even bigger than the one Mr Johnson commands.

When common sense breaks down everywhere, everyone loses.

We saw a tragic example of that this week when a funeral was interrupted at the Crownhill crematorium in Milton Keynes because two sons moved their chairs to sit closer to their mother. 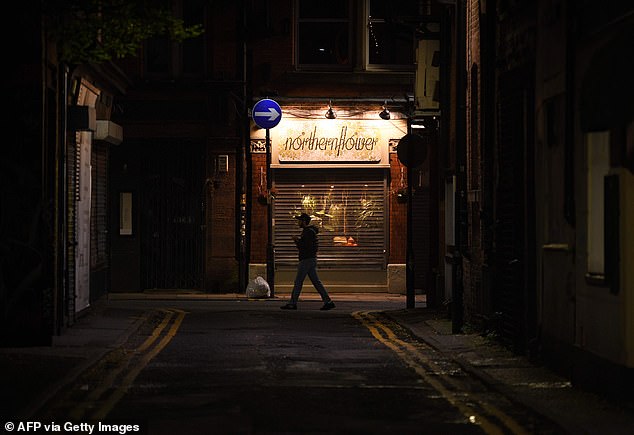 I was shocked by the insensitive behaviour of the official who held up the ceremony until they agreed to sit separately.

It shows how, when the country is placed under a plethora of centrally directed rules, people will forget common decency and start to behave in ways dangerously out of character.

Democracy relies on a contract between people and government: The politicians advise us, and we respond with good humour and moderation. 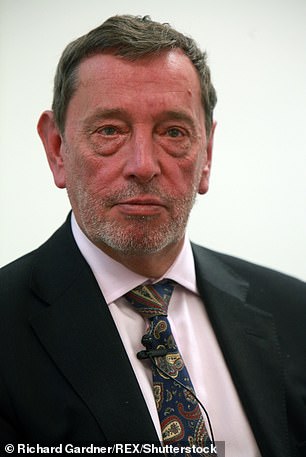 If one side breaks down, so will the other. What we need is intelligent, targeted reactions to local outbreaks.

A blanket approach to civic quarantine will alienate everyone and cause untold economic damage.

People in the North will feel their jobs are being sacrificed to save the South.

That might be simplistic and divisive, but it’s how many will see it.

The geographic divide in this country is already stark, and treating the ‘Red Wall’ cities as a testing ground for local lockdowns can only make it worse.

Above all, the latest restrictions appear to take no account of the rising toll of illnesses and deaths that have nothing to do with Covid-19. Four million people are waiting for surgery.

More than half of them have been on waiting lists for more than 18 weeks. Many will be getting much more ill as they wait.

It’s the difference between life and death for many. It is no exaggeration to say that local lockdowns are killing people.

The Government has to rein in its emergency powers and start listening to the country.

This crisis is veering out of control.