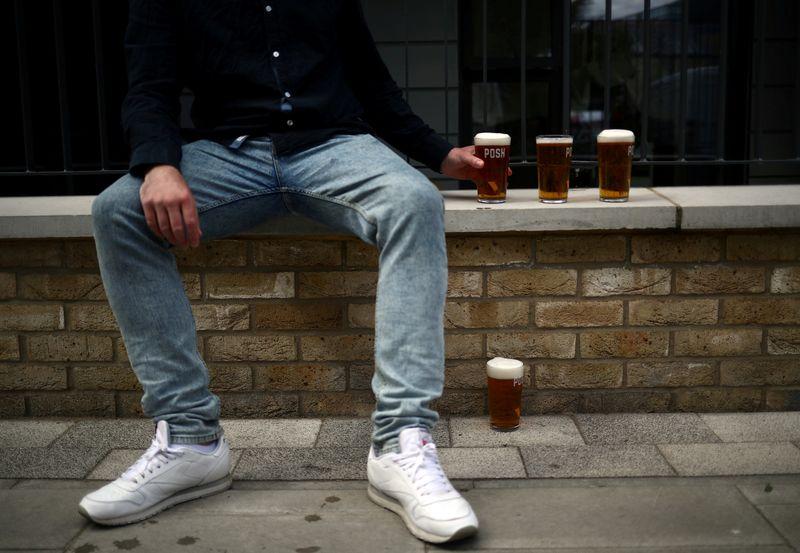 LONDON (Reuters) – People have been binge eating, drinking more, exercising less and suffering increased anxiety during COVID-19 lockdowns, according to preliminary findings of a UK study on Monday, with knock-on impacts likely on rates of obesity and mental illness.

An online survey of around 800 adults in England who were asked about their health and habits during late June and early July found a stark rise in negative mental health, coupled with unhealthy eating and drinking, poor sleep and less exercise.

Younger adults appeared to be disproportionately suffering from sadness and anxiety, while 46% of survey participants said they had been less active during lockdown.

The survey comes as Prime Minister Boris Johnson launches a campaign to urge Britons to get fitter and slimmer and bring down rates obesity that are also a risk factor for COVID-19.