An adult animation prequel to a vintage kids cartoon that’s already spawned numerous iterations, Velma is non-stop ironic quips and meta-commentary in the name of updating the Scooby Doo origin story. If that sounds like a slight task – was anyone asking for this? – the show and its geeky lead, Mindy Kaling’s extremely verbal Velma Dinkley, goes at it with gusto, from an opening set in a high school’s girls locker room that drily mocks everything from the Scream franchise to Gossip Girl. 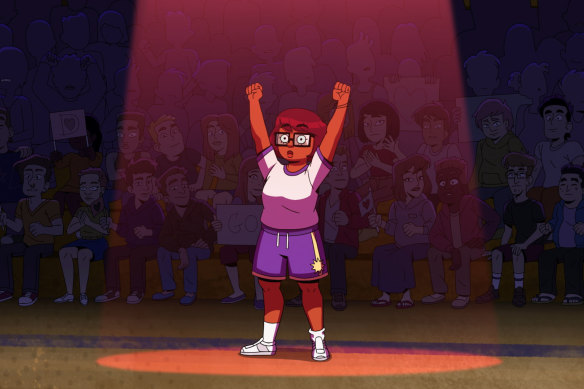 Whatever was considered canon has been shot out of a cannon. “I have a disease where I can’t recognise people who aren’t hot,” declares privileged pretty boy Fred Jones (Glenn Howerton), and every familiar character from Scooby Doo – minus the snack-seeking pooch – is a high school handful. Daphne Blake (Constance Wu) is a mean girl, while clean-cut Norville “Shaggy” Rogers (Sam Richardson) has an unrequited crush on Velma. The teen girls getting murdered around them are a prop for the gags, some of which are actually good.

With its counter-culture nods, the original Scooby Doo was a Saturday morning hit for Hanna-Barbera that debuted in 1969 (and never truly disappeared from television schedules). The history and conventions are ripe for mockery, a specialty of creator Charlie Grandy, who worked with Kaling on The Office and her peppy sitcom The Mindy Project. It’s a voice that’s become common in Hollywood comedies: self-reflexive, Twitter-friendly, and satirical. It’s noteworthy that the actual animation is too often staid. This is a writer’s realm.

Velma knows what it wants to deride and dismiss – “minorities on TV can only sell drugs to escape poverty,” Velma notes – but it’s less certain about what matters. While no-one is lamenting “meddling kids”, there’s a surplus of plotting, with both Velma and Daphne trying to solve mysteries tied to absent parents. The attraction between the two is played as another source of anxiety for Velma, but when her flagrant comic narcissism is central to the character’s identity, it’s hard to imagine that an actual relationship could matter.

As Riverdale is to Twin Peaks, this is a homage whose excess vacillates between the blissful and the bonkers. The 25-minute episodes are a suitable delivery vehicle for the humour, but across a season it has a lot of work to do to function as a cohesive whole. Binge already has an adult animated comedy that updates a famous franchise in the form of the DC Comics-adjacent Harley Quinn. That show’s transgressions are transformative. Velma isn’t there yet.

Played with perplexed perfection by Succession’s Matthew Macfadyen, John Stonehouse was a 1970s prototype for today’s golden age of incompetent and insidious British politicians. On a ministerial trip to Cold War-era Czechoslovakia the Labour MP leaps into the first honey trap proffered and then greets the news that he is to be a traitor with a solitary query: “Would I be paid?” 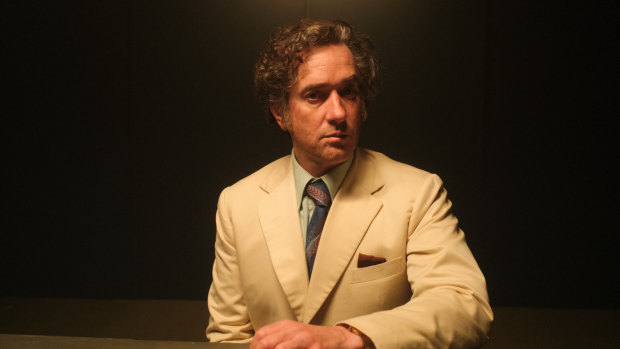 Matthew Macfadyen as John Stonehouse: convinced it will all work out.Credit:ITV

A brisk and initially blithe farce, this three-part British limited series is a nimble portrait of a man who couldn’t comprehend the errors of his ways, even as he was pretending to apologise for them. As with 2018’s A Very English Scandal the story turns on a fantastical but failed crime. But it’s less about the corrupt establishment and more a reflection on male delusion that’s punctuated with a rapier-like wit.

Much of the comic subtlety is derived from Macfadyen’s theatrically exaggerated facial features. The story steadily brings into focus Stonehouse’s wife Barbara (Keeley Hawes, Macfadyen’s wife), so that her support gradually erodes before she delivers a judgment he can’t avoid. It all falls under truth is stranger than fiction, but there’s an inexplicable quality to John Stonehouse that the show and Macfadyen make resonant. There’s no substance behind his many follies.

While it does serve as a primer in parts for American audiences less familiar with European football, this docuseries is a comprehensive examination of the tradition-breaking announcement in April 2021 that 12 of the continent’s biggest clubs wanted to start a breakaway mid-week competition. A backlash at every level stopped the scheme in days, but this richly produced narrative – the graphics, for example, are exceptional – goes into details on the money, tradition, and key personalities, most notably the first responder to the crisis, unwavering UEFA boss Aleksander Ceferin.

“I look like a fool to you? “And then some!” One of several aromatic, offbeat crime-adjacent dramas that were commissioned in the wake of Breaking Bad breaking big, this series set in 1980s East Texas ran for three seasons starting from 2016. Adapted from the novels by Joe R Lansdale, it stars James Purefoy (The Following) and the late, great Michael Kenneth Williams (The Wire) as the titular best friends, who skirt the law and their own good intentions in a narrative rich with machinations, subtle moral observations, and telling racial politics. 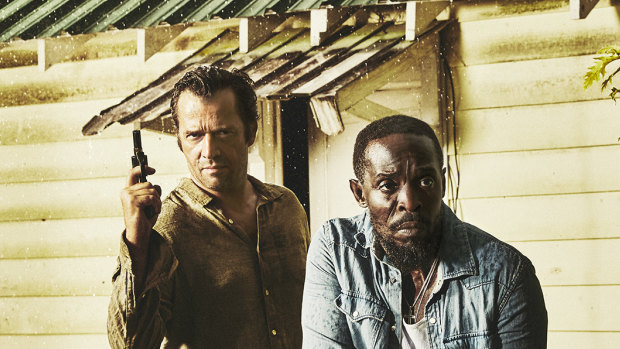 There’s big Nic (Winding Refn) energy to this sepulchral underworld drama, which is to say that like much of the Danish auteur’s work – see his movies Drive, Only God Forgives, and The Neon Demon – there’s malignant crime horrors, meticulously slow pacing, menacing camera pans, and a welter of trauma-laced deadpan humour on offer. The Rain’s Angela Bundalovic plays the detached Miu, a kind of holy totem purchased by expatriate Serbian gangsters who goes on a revenge odyssey through the Copenhagen underworld. It’s the ultimate distillation of Refn’s image-making: a noir-infused dead end. 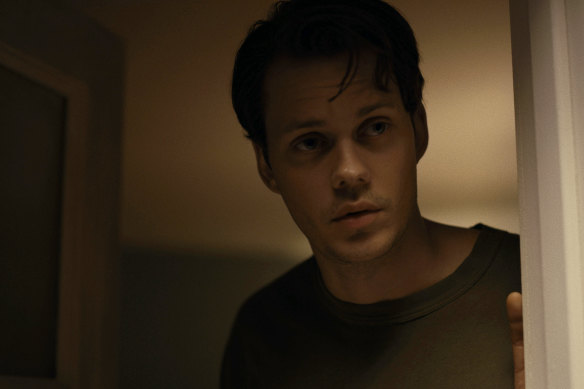 A story of identity and trust that moves from the uneasy to the terrifying, this low-budget American box-office hit begins as a feature about a double-booked Airbnb house in the wilds of Detroit and reaches down into a netherworld of tunnels both physical and psychological as a monstrous trauma falls upon Tess (Georgina Campbell) and Keith (Bill Skarsgard). There are moments of black humour – it is real estate horror, after all – but they also reflect back on the generations of misogyny, and exactly what that creates. It is hugely effective.