When the documentary Super Size Me came out, I was asked by a somewhat sadistic editor – following the idea of the film – to eat nothing but the greasiest junk food for breakfast, lunch and dinner for a week and write about the experience.

At the time, I was no stranger to the occasional cheeseburger. As that week went on, though, the prospect of the next meal became more and more unhappy. By the seventh day, ragged on salt and sugar, there was a nasty coating on the inside of my mouth that I couldn’t shift. I’ve never set foot in a McDonald’s since.

For anyone confused by the government’s typically mixed messaging on diet, a similar strategy might present a solution: use your “Eat Out to Help Out” discount to gorge exclusively from boxes and buckets. The 5lb the prime minister wants you to shed for the NHS will be gone in no time.

One effect of the past months has been a shift in the idea of last minute. A year ago, having arrived at Heathrow for a working trip to Ivory Coast, I was told at check-in that, because my passport had less than six months before expiry, I couldn’t board the flight. I spent some time arguing that five months and 23 days was surely fine, before accepting that I would need a new passport to make it to Abidjan the next day. After a rush-hour trip back into central London and a series of sweaty face-to-face conversations with passport officials, I managed to get one that afternoon and a flight that night. 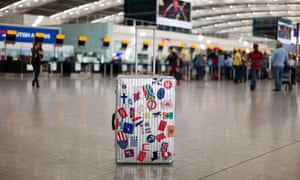 I’ve got used to the sense that something similar is always possible. Like all teenagers, my younger daughter’s summer has mostly been cancelled, but when restrictions first eased she was cheered up by the invitation to join a friend’s family for a week in Italy. Happily, I’d applied for a renewal of her passport a month before, when nobody was flying anywhere.

Two weeks before she was due to travel, I called the “passport adviceline”. The bloke I spoke to explained, apparently from home, that, no, there was no way of discovering whether the passport would be processed and, no, there was no way around that. With three days to go I was studying the exterior of the (closed) passport office in Peterborough on Google to see if I might knock on a window and retrieve my daughter’s passport from the reported 400,000 backlog. None of that happened. She missed her holiday and I – irredeemably useless Dad – became for the first time in 50 years that person who sees the point of planning for any eventuality. 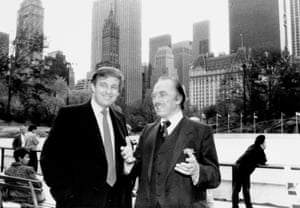 Mary L Trump has a doctorate in clinical psychology. Reading her biography of her unhinged Uncle Donald reminded me of another effort to get under the skin of megalomania. The late Leo Abse was an armchair Freudian as well as a Labour MP. His alarming book about Margaret Thatcher ascribed her politics to the effects of infant rejection by her mother and an overwhelming attraction to her domineering father. Thatcher’s hatred of the nanny state, for example, reflected “the denial of the suckling breast”. Mary Trump is a little more circumspect, but in her account of the relationship between the monstrous Fred Trump and his second son, a tempting rule of thumb emerges: beware giving power to the favoured child of tyrannical fathers.

• Tim Adams is an Observer writer