Home » Lifestyle » What I will miss from Melbourne’s lockdown

What I will miss from Melbourne’s lockdown

As the exuberance and jubilation of ending lockdown passes and the traffic again becomes unbearable, we can measure how COVID-19 has changed us. Even if the virus never entered your blood stream, the effects of this pandemic will be felt for years to come.

Now that we are all amateur epidemiologists, we are familiar with the risk of and perils associated with long COVID. But will the psychological, social, economic and community impacts outlast the symptoms of the actual disease? 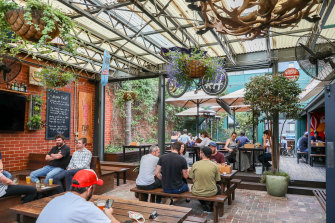 Melburnians are back at the pubs, albeit with density limits for the time being.Credit:Getty Images

While many of the changes visited on us in the past 18 months will be permanent, others will vanish in record time. Surprisingly, some have been for the better.

We housed the homeless, despite being assured for years that it was not possible.

We survived – thrived even – without pokies and casinos, despite that predatory industry arguing that somehow civilisation would come to an end if they were in any way constrained.

Many meals were cooked and dropped off on doorsteps for family, friends, neighbours and essential workers. We walked more than we ever have and pumped up tyres on neglected bicycles, as the car gathered cobwebs.

We grew veggies, de-cluttered cupboards and sheds, baked bread and exhausted our dogs.

We spent too long staring at screens, and became experts at the nuanced differences between competing video platforms that only a year before were a novelty.

Never again will we go to the office with a cold or the flu. The scourge of the workplace sniffler is over.

Our national government abandoned the dogma of shrinking its responsibilities and started to behave like a government should – intervening in and steering the economy, albeit giving away free money – billions of dollars – with what we can now see was reckless abandon. 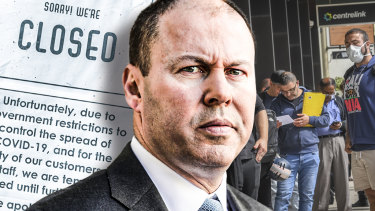 JobKeeper and JobSeeker pumped tens of billions of dollars into wages and business coffers, and temporarily boosted unemployment benefits.Credit:Jamie Brown

COVID cabinets state and federal grew and then shrank, with few laments. The militarisation of vaccinations was designed to rescue the botched rollout. The deployment of Lieutenant General Frewen was designed to create a distraction, just another Morrison marketing gimmick. Millions of dollars were wasted on the ineffectual and silly app.

Public health ads that lacked the slightest flair or creativity left large parts of the target population unmoved. Despite the errors, we prevented thousands of deaths.

Amid the emergency, a Liberal prime minister preferenced a Liberal state, undermined a Labor one and denied doing so despite clear evidence to the contrary.

Quite apart from the petty sniping, prioritising Sydney for Pfizer enabled that city to exit lockdown quicker and overcome vaccine hesitancy earlier. The AZ-dependant Melbourne had to bunker down and endure the longer wait between AZ doses. 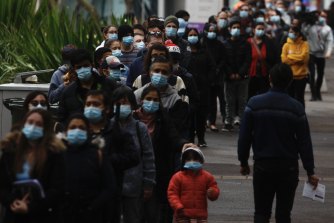 Queues of people at the vaccination hub at Sydney Olympic Park in August.Credit:Dean Sewell

Aged care, the canary in the coalmine, belatedly became a focal point for blanket vaccination but not until many elderly and vulnerable loved ones succumbed.

Our various state governments ceded power to medical bureaucrats who exhibited varying degrees of risk aversion and confused the populace by their public disagreements and inconsistencies.

We are now more anchored in our ’hood and see our streets, our local shops, our parks in new light.

Premiers loved the daily media attention and discovered protectionism and closed borders were a sure formula for popularity. The new ‘localism’ that COVID forced onto our lives will likely remain. We are now more anchored in our ’hood and see our streets, our local shops, our parks in new light.

After years of amalgamations making councils bigger and more bureaucratic, hyper localism is back. We have never been more engaged with our immediate surrounds, and although we yearn to get back to Bali or Tuscany, it will likely be years before mass tourism revives.

The rush for a tree or sea change will gradually reverse. Big cities will re-invest in the essence of being cosmopolitan and the vibrancy spawned from investing in culture will amply reward those who spot the opportunities. Vaxxed to the max, cities will thrive.

Fault lines already present have been amplified under the strain, and nowhere more than in Sydney. Compare Bondi to Blacktown – not “all in it together” after all. 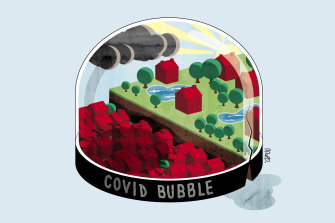 We have never been more engaged with our immediate surrounds.Credit:Illustration: Matt Davidson

Melbourne’s class divisions proved somewhat more subtle, but just as real. Those who could escape, fled to their coastal retreats or hobby farm. Toorak and Armadale seemed almost empty while coastal holiday towns like Portsea, Sorrento and Lorne boomed, as have Castlemaine, Daylesford and Kyneton.

Social media became a murky pond breeding conspiracists and snake-oil peddlers in abundance. Hopefully, these fabulists and their enablers will prove to be the catalyst for long overdue regulation of the tech leviathans.

Some people who refuse a vaccine claim that mandatory injections breach their human rights.

I hope their newly aroused appreciation of injustice will be equally exercised about the mistreatment of asylum seekers, discrimination against the disabled and persistent gender inequality, but don’t hold your breath waiting. Anti-vaxxers are not victims – they are saboteurs.

Jon Faine is a regular columnist. He has worked on contract for the state government.

from, i, Melbourn, Miss', What, Will
World News