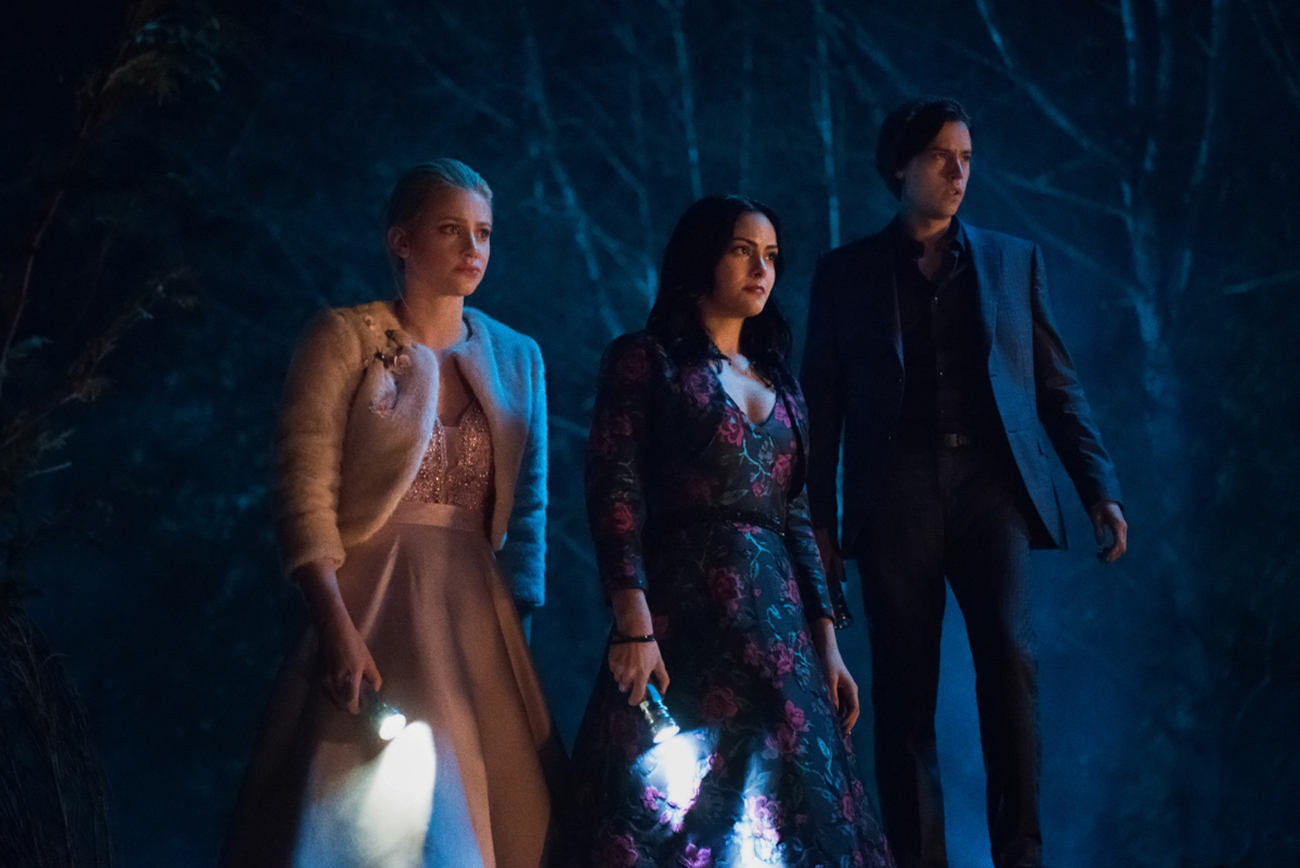 Riverdale went out with a bang! Season 3 came to a dramatic end on Wednesday, May 15 – read our full recap here! – revealing the identity of the Gargoyle King and the entire messy story behind it. Following the episode, Us Weekly spoke with showrunner Roberto Aguirre-Sacasa about every twist and turn and what it meant for season 4.

Us Weekly: Let’s start at the top. The Black Hood and Gargoyle King reveal was early on in the episode. How far out you did you plan the Chic/Hal reveal?
Roberto Aguirre-Sacasa: This was something we actually landed on very, very early – the idea that the Gargoyle King would be connected to the Black Hood, which would be connected to the murder of Jason, and that all of those things would be part of a bigger story. You know, the particulars of when Chic would come back, when Hal would break out of jail, all of that stuff happened as the season was developing, but the original impulse was there from the top.

Us: Impressive. Can you talk about the scene with Betty having to shoot her own father – but not kill him? Was her killing him ever an option?
RAS: Not really. Lili [Reinhart] is such an amazing actress, and we do push her to extremes. And you know it’s funny. Lili, I think, knows how much she inspires us and she’s always having to cry and dig deep and wrestle with these huge things. But as much as we push Betty, I think we love that character and I don’t think we would want that for that character. We knew she wouldn’t betray her goodness, even though everything was pointing toward doing this for the greater good. 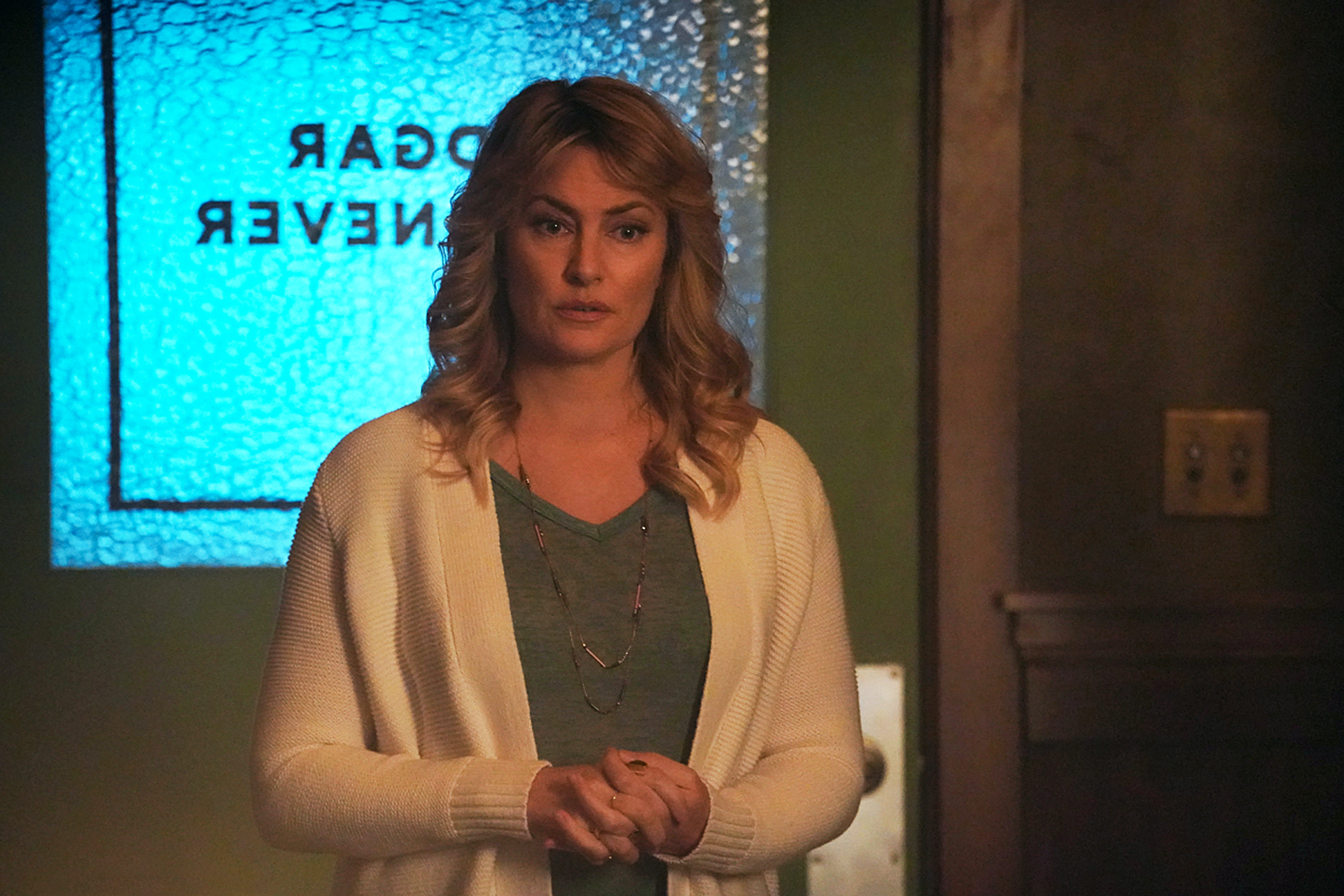 Us: Alright, let’s talk The Farm. It’s seemingly gone, although many of our favorites are gone with it. Where will that pick up in season 4?
RAS: I would say that in terms of The Farm, most of that story’s been told. There’s still one huge story to tell, which is getting Polly, Fangs and our beloved characters out of The Farm. But first, something really, really bad happens.

Us: Any chance we’d see Chad Michael Murray again?
RAS: I think we’re going to see him through the end of The Farm storyline. I think Chad has been amazing on the season, and he’s been such a pro. And he’s so handsome and great. I’d be happy if this leads to more stuff. I kind of feel bad that he’s a villain because he could so easily become one of our hot dads of Riverdale.

Us: He is made for that! So, let’s skip to the end. We meet the real Charles. Will he be a big part of Betty and Jughead’s story next season?
RAS: Yeah, he’s definitely going to be a big part of next season. Absolutely. Betty’s story will always be about her family, and she’s always had a rough relationship with her mom, even though Alice loves her, certainly with her dad and certainly with Polly. It hasn’t been a totally easy relationship, so the hope is that with Charles, she might find a kinship and someone who understands her a bit better. I think it probably will [impact Betty and Jughead]. I hope it doesn’t go to the “everything’s weird now and an incest-y” place because it isn’t really. I think part of the fun is that this person will have a relationship not just with Betty, but with Jughead. 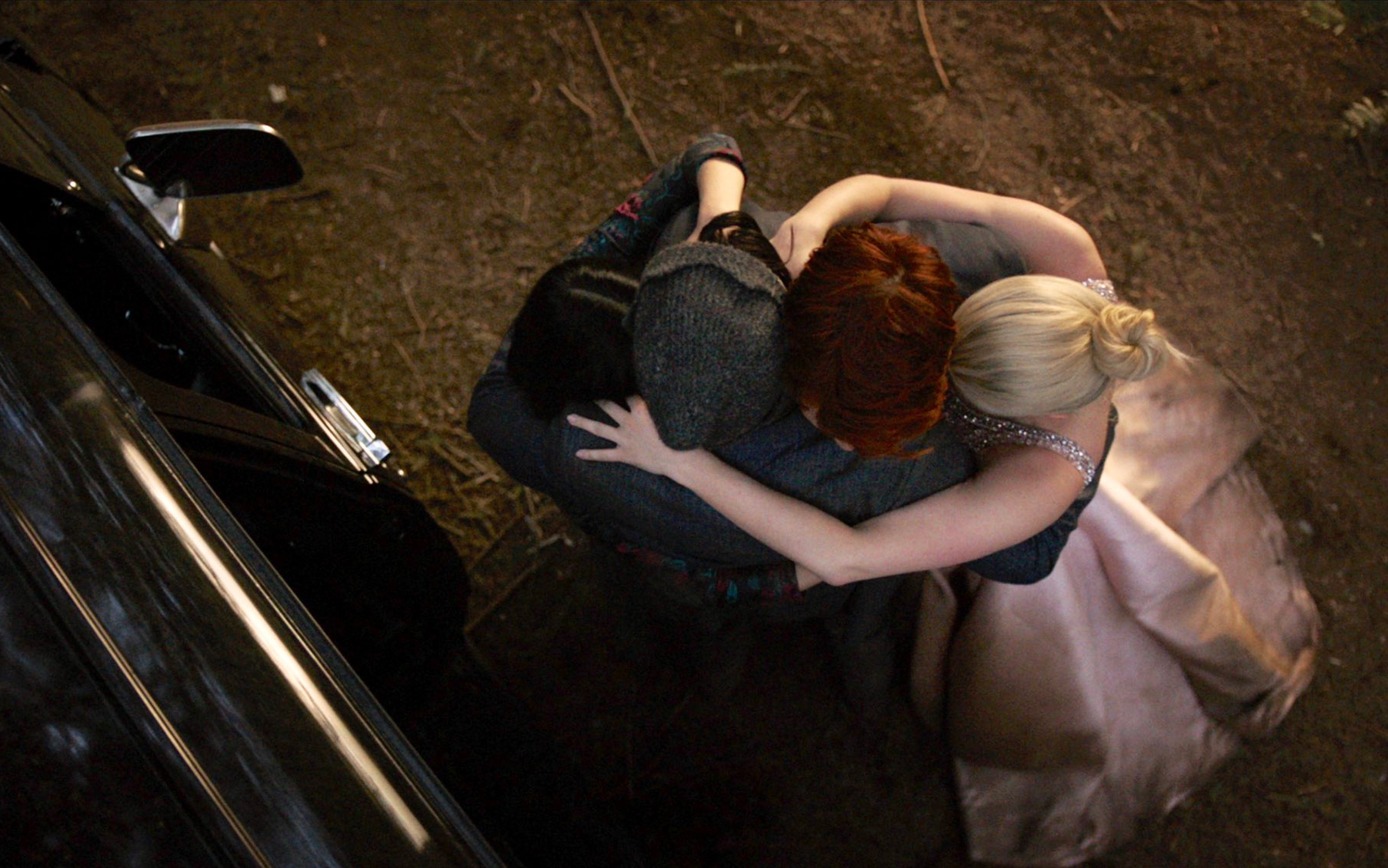 Us: Definitely – but is Jughead OK? That flash-forward includes the group half-naked and burning Jughead’s hat; more importantly, they say they won’t be friends anymore. What can you say about the mystery of next season?
RAS: One thing that’s happening next season is that the kids are going to be seniors. We talked about how that’s the last time that some of them will ever be together, and that it’s a really, really special time. And we felt one way to subvert that was if something terrible had happened to the core four. That what once bound them together forever, but also forced them to keep apart. We thought that that could create some real tension.

Us: So fans should be worried about Jughead going forward?
RAS: You know, I would be. I think of all the murders and stuff that’s happened in our town, blessedly our core four have been spared the worst of it. It also felt like in this last go-around, again we would put them at the very center of the mystery.

Riverdale returns to The CW in the fall.