Which of our would-be PMs will stop a food shortage from being the next big crisis, asks NFU President MINETTE BATTERS

We live in a world facing an unprecedented and – let’s be honest – terrifying problem of where our food will come from. Not just in the years to come, but as soon as next month.

As President of the National Farmers’ Union (NFU), perhaps I will be accused of scare-mongering, of having a vested interest. But it’s not just farmers who are saying this. Global experts have talked of a food apocalypse.

David Beasley from the United Nations World Food Programme has warned of a global famine that should be taken as seriously as sending tanks to Ukraine.

Until February this year, most people had no idea of the critical role that Ukraine plays in feeding the world. But that has all changed. With food prices across the globe soaring as a result of the impossibility of exporting from Ukraine – on which much of the world is utterly reliant for wheat – we have all woken up to the importance of this one country, and the impact the invasion is having. 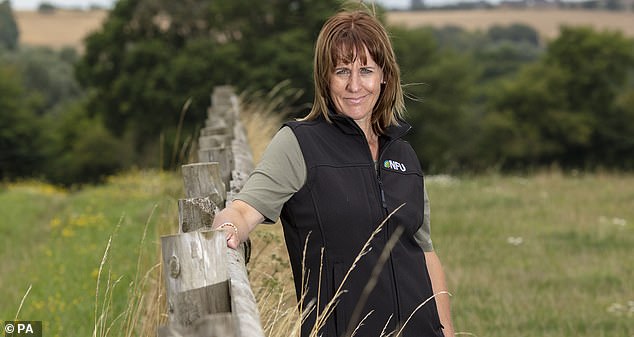 We should all be deeply frustrated that there has been almost no attention paid to food production here at home Pictured: Minette Batters

But it is not just the war in Ukraine. Changing weather patterns are also making it difficult to say with any certainty what harvests the world over are going to look like each year.

Many areas of Europe, including parts of the UK, are facing severe drought conditions. Italy has recently declared a state of emergency on water security, Portugal is seeing 95 per cent drought and Spain, from which we import a vast amount of our salad, fruit and vegetables, is also experiencing unprecedented water shortages.

This year we saw India decide to stop exporting grain on to the world market as a heatwave hit production there, while China experienced its worst harvest in a decade.

The prospect of ‘food wars’ should be spurring all the world’s governments into action. There is a saying that we are only three meals away from anarchy – in other words, riots will break out if people miss three meals in a row.

I look down our supermarket aisles in awe at the British produce on the shelves: strawberries and raspberries, steaks, sausages and chicken drumsticks for our barbecues; wonderful cheeses such as Wensleydale

Multiply that country by country and you start to get a sense of the upheaval that could result from a shortage of food.

So what is our Government doing to try to solve the problem? Not enough. We should all be deeply frustrated that there has been almost no attention paid to food production here at home.

In this country, we have prime conditions to produce food – we have the landscape, the weather and, of course, the knowledge. And, unlike many other countries, too much water at certain times of year: we can and should build more reservoirs to store water when there’s excessive rainfall, rather than let it run off into the North Sea.

Yet, astonishingly, no government has delivered a clear plan to ensure we maintain even the volumes of food we are currently producing. 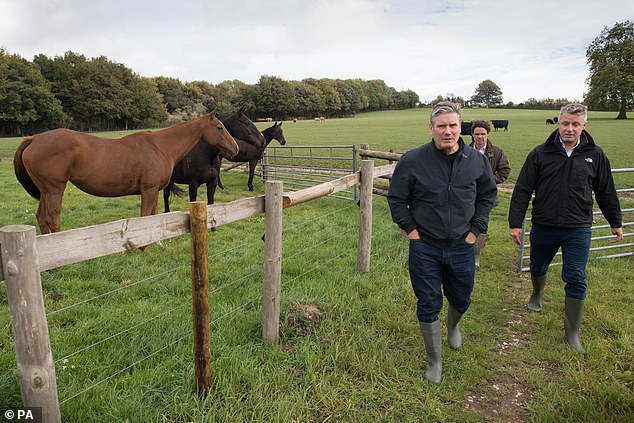 Farming underpins our largest manufacturing sector, the food and drinks industry, which is worth £120 billion to the British economy every year, and employs four million people Pictured; Labour leader Sir Keir Starmer during a visit to National Farmers’ Union president Minette Batters’ farm in Wiltshire

What we have had are plans to take more farmland away from production, to plant trees and provide homes for beavers. We’ve had plans for how we will build housing on farmland in our Green Belt. We’re building solar farms at pace and farmers understandably opt for them in order to reduce their exposure to the economic risks of food production.

But this begs the question: Why on earth do we not take food security as seriously as energy security?

To date we’ve had absolutely no plan or commitment from the Government that Britain will carry on its role as a food-producing nation.

Quite often, the farmers’ view is that our role as food producers is being made more difficult, rather than less. That food is viewed as just an unfortunate by-product of delivering for the environment. Our ancestors who have lived through food shortages would be turning in their graves. 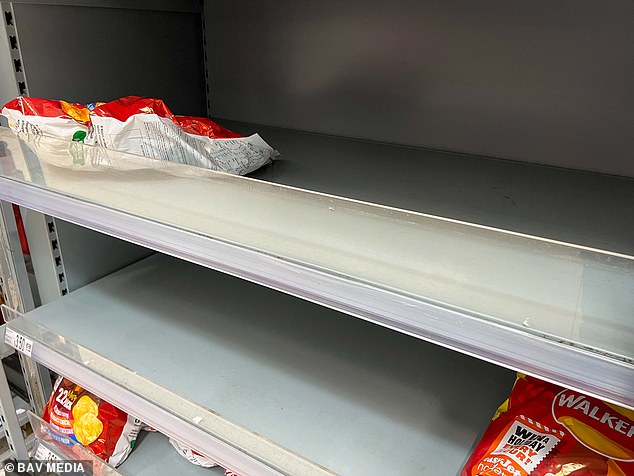 We should all be concerned about this abject failure by government to take seriously the pressing problem of feeding our nation.

Britain is currently roughly 60 per cent self-sufficient in food. To put it another way, we are dependent on the rest of the world to provide 40 per cent of our food.

Yes, we are a trading nation – we want to export and we need to import. But when the NFU asked the Government to give a commitment that we would maintain that figure of 60 per cent self-sufficiency, it didn’t take the opportunity. The next Prime Minister has a chance to put this right. To make Britain more secure and to help solve the challenge of feeding the world rather than worsening it.

Investing in Britain’s food production is a win-win. Farming underpins our largest manufacturing sector, the food and drinks industry, which is bigger than cars and aerospace put together, worth £120 billion to the British economy every year, and employs four million people.

Farmers maintain the countryside and create a place that so many of us have appreciated during Covid, with its lockdowns and restrictions, when mental wellbeing has been so paramount. The UK has 149,000 farm businesses. That’s more than the number of businesses involved in the motor trade, in education, and in finance and insurance. 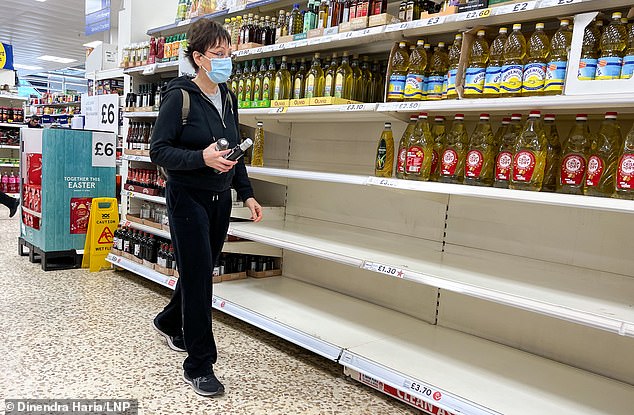 Farming is unique in that more than 90 per cent of our farms are made up of sole traders or family partnerships. Our landscape has been sculpted for millennia by family-run farming businesses.

I’m a fifth-generation farmer, I love my farm with all my heart – the fields, woods, hedges, river and wildlife, alongside my suckler cows and sheep. The land is part of our family.

I look down our supermarket aisles in awe at the British produce on the shelves: strawberries and raspberries; steaks, sausages and chicken drumsticks for our barbecues; wonderful cheeses such as Wensleydale, produced in Rishi Sunak’s Yorkshire constituency. There’s even Silver Spoon British sugar, grown and processed in the East of England, where Liz Truss is an MP.

Which of the two candidates for PM will be the rural champion? More importantly who will prioritise the future of British food?

Farmers are by and large good people, but they are scratching their heads trying to work out what to do in an environment where the reintroduction of beavers seems to be valued more highly than producing food, and where they are asked to comply with ever-increasing legislation to maintain the standards of their produce and the environment, even as trade deals are struck to import food that doesn’t meet those same standards. 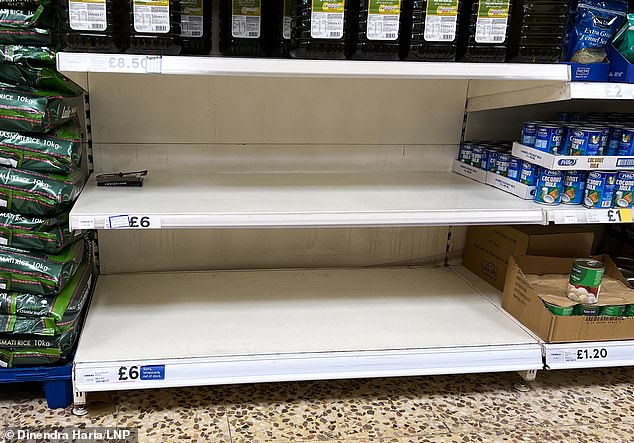 The next PM needs to get serious about British food. It is time for a detailed, strategic plan which demonstrates where Britain will get its food from in the next decade, what role our farmers will play and how dependent we want to be on the rest of the world.

It would be grossly irresponsible for any government to ignore this challenge of food availability and food security.

The next Prime Minister needs to be clear they will not let our levels of self-sufficiency fall. They need to answer these key questions: 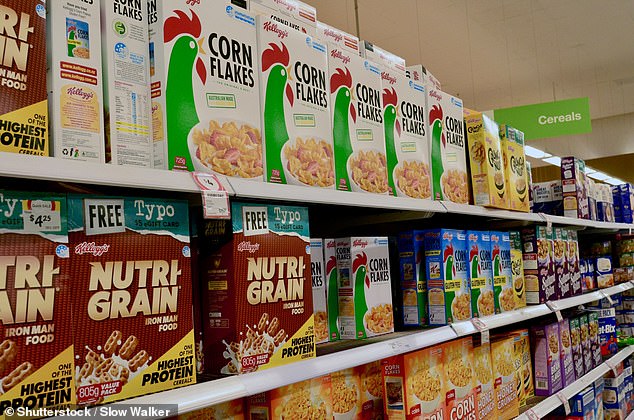 Food production has been increasingly seen as the ugly sister of caring for the environment. In fact, they are equally important. A Prime Minister needs to act in a way that delivers for both.

Rishi Sunak and Liz Truss both come from rural constituencies where farming underpins much of the local economy. I invite both candidates to take part in hustings where they can outline their plans for food production to Britain’s farmers and to everyone who cares about where our food will come from in the future.

Britain needs a plan, and it needs one urgently. Before it’s too late.