Who wrote the Harry Potter books?

Joanne Rowling, better known as J.K. Rowling, is known for creating a fictional world of wizards, witches and evil necromancers that enticed fans from all walks of life.

If you have seen or read at least one of the seven Harry Potter books, you know this British author's work, which has helped her earn a networth of approximately $92 million, according to estimates by Forbes.

However, the road to becoming the world's highest-paid author who also collects a hefty paycheck from theme parks, theatrical productions and films, Rowling battled a plethora of personal struggles from dealing with an abusive husband to living on government assistance as a single mother.

JK ROWLING CLAIMS SHE HAD CORONAVIRUS, RECOVERED AFTER DOING THIS BREATHING EXERCISE

In 1965, Rowling was born at Yate General Hospital near Bristol. Her childhood was split between Gloucestershire in England and in Chepstow, Gwent, in south-east Wales. She grew up surrounded by books and knew at a very young age that she wanted to be an author, according to her website.

“I lived for books,’’ she once said. “I was your basic common-or-garden bookworm, complete with freckles and National Health spectacles.”

Rowling wrote her first book at the mere age of 6 and her first novel at 11 years old, long before the creation of the beloved Harry Potter series, which was later adapted into eight films between 2001 to 2011. 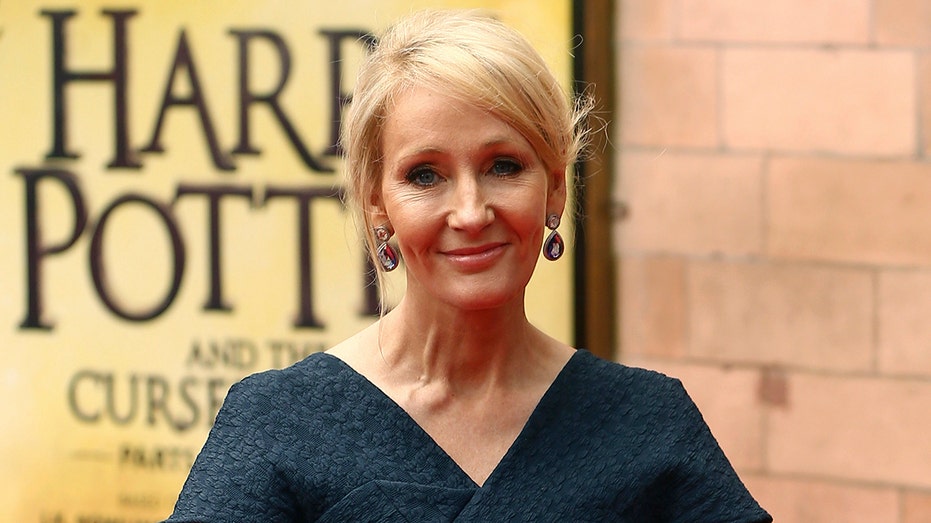 Author J.K. Rowling poses for photographers at a gala performance of the play Harry Potter and the Cursed Child parts One and Two, in London, Britain on July 30, 2016. (Reuters/Neil Hall)

Although Rowling had her sights set on being an author, her parents weren't sold on the idea.

"My parents, both of whom came from impoverished backgrounds and neither of whom had been to college, took the view that my overactive imagination was an amusing personal quirk that would never pay a mortgage, or secure a pension," she said during her 2008 Harvard University commencement speech.

In 1990, Rowling began conceiving the idea of Harry Potter. The idea sparked while she was sitting on a train from Manchester to London King’s Cross. She would later map out all seven books of the series over the span of five years, mostly scribbled on odd scraps of paper, according to her website.

However, Rowling's mother died in 1990 after a decade-long battle with multiple sclerosis and consequently, long before the story behind the boy and his lightning-bolt scar was first published. Rowlings was only 25 at the time.

By 26, after losing her mother, Rowling moved to northern Portugal to teach English. However, during her travels, she made sure to take each of those scribbled notes with her.

During her time in Portugal, she fell in love with an aspiring journalist named Jorge Arantes, who would later become increasingly more abusive as their relationship progressed, according to Biography.

The relationship finally came to a halt by 1993 after Arantes harshly slapped Rowlings and threw her out of the home, according to the outlet. Rowlings quickly returned with a police presence, took her daughter and later left on plane back to the United Kingdom, Biography reported. Upon her arrival, Rowlings had the first three chapters of the first book complete.

However, life as a single mother was no easy task. After spending some time in Scotland with her sister and brother-in-law, Rowlings applied for government aid with which she was able to garner a small apartment and weekly stipend, according to Biography.

"I had failed on an epic scale," she said during her 2008 Harvard commencement speech. "An exceptionally short-lived marriage had imploded, and I was jobless, a lone parent, and as poor as it is possible to be in modern Britain, without being homeless."

Rowling found herself becoming increasingly angry over her failures and even had thoughts of suicide, Biography reported.

She quickly realized she needed to get help for the sake of her daughter. By 1995, her manuscript was complete and by 1997 the first novel in her series was published.