Home » Lifestyle » Why is everyone mad at celebrities flying private jets?

Why is everyone mad at celebrities flying private jets?

What do Taylor Swift, Jay-Z and the Kardashians have in common? Well, according to data collected by internet sleuths, they’re among the celebrities racking up the most CO2 emissions thanks to their prolific use of private jets.

The regular use of private jets by musicians, actors and other celebrities has attracted more attention in recent years, both due to increasing concern about climate change and the mismatch between the “relatable” persona projected by artists like Swift and how they actually live.

Celebrities have been flying in private jets forever, right? Why are we caring about this now?
A few months ago one clever coder named Jack Sweeney discovered open-source data that tracks where private planes owned by celebrities were travelling, and how frequently. And as any genius might do, he started a Twitter account tracking the data. 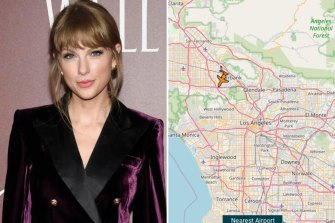 Taylor Swift’s plane racked up 170 days of flights in the first 200 days of this year.Credit:AP/Twitter

This week, a sustainability marketing firm collated that data and ranked celebrities by the amount of time their planes spent in the air.

A-ha.
Data showed her plane racked up 170 flights in the first 200 days of this year alone, releasing 8294 tonnes of carbon emissions into the atmosphere.

Wait, is that a lot?
Well, yes. The firm that collated the data said the emissions from Swift’s jet since the beginning of the year represent more than 1000 times the average person’s annual emissions.

The rest of the list is interesting, too: American boxing legend Floyd Mayweather comes in second, Kim Kardashian is seventh, and Oprah Winfrey is ninth on the list no one really wants to be on.

While owning your own jet might be a status symbol in the world of American high society, being responsible for some majorly emitting machines is not the best look in an environmentally conscious world.

Yeah, I sold my private jet years ago.
So did climate crusader Swift… she had two planes of her own, but reportedly sold one of them in 2020. But the singer hit back at claims she’s travelling beyond what might be reasonable (the average length of her flight time was just 80 minutes): Her PR team said that the jet is regularly loaned to other people. “To attribute most or all of these trips to her is blatantly incorrect,” a spokesperson said.

At the same time… it’s still her plane!

But how much of a difference does one plane make to a global issue like climate change?
This is the central issue here. Every flight you go on produces greenhouse gases, especially carbon dioxide, which we know is contributing to climate change.

Of course, people need to travel and live their lives, but we know that private jets are possibly the worst form of transport in terms of pollution levels.

And it’s not the first time we’ve thought about this. Global leaders faced similar backlash when many attended this year’s Glasgow climate conference … on private planes. The BBC reported that leaders flying from Rome to Glasgow would have emitted around 1 tonne of greenhouse gas per person on a private jet – but if they’d taken a commercial flight, which emits more but can travel further and takes more people, they would have emitted around a quarter of a tonne.

But we’re not aware of many commercial flights that last just 12 minutes.

Get to the heart of what’s happening with climate change and the environment. Our fortnightly Environment newsletter brings you the news, the issues and the solutions. Sign up here.