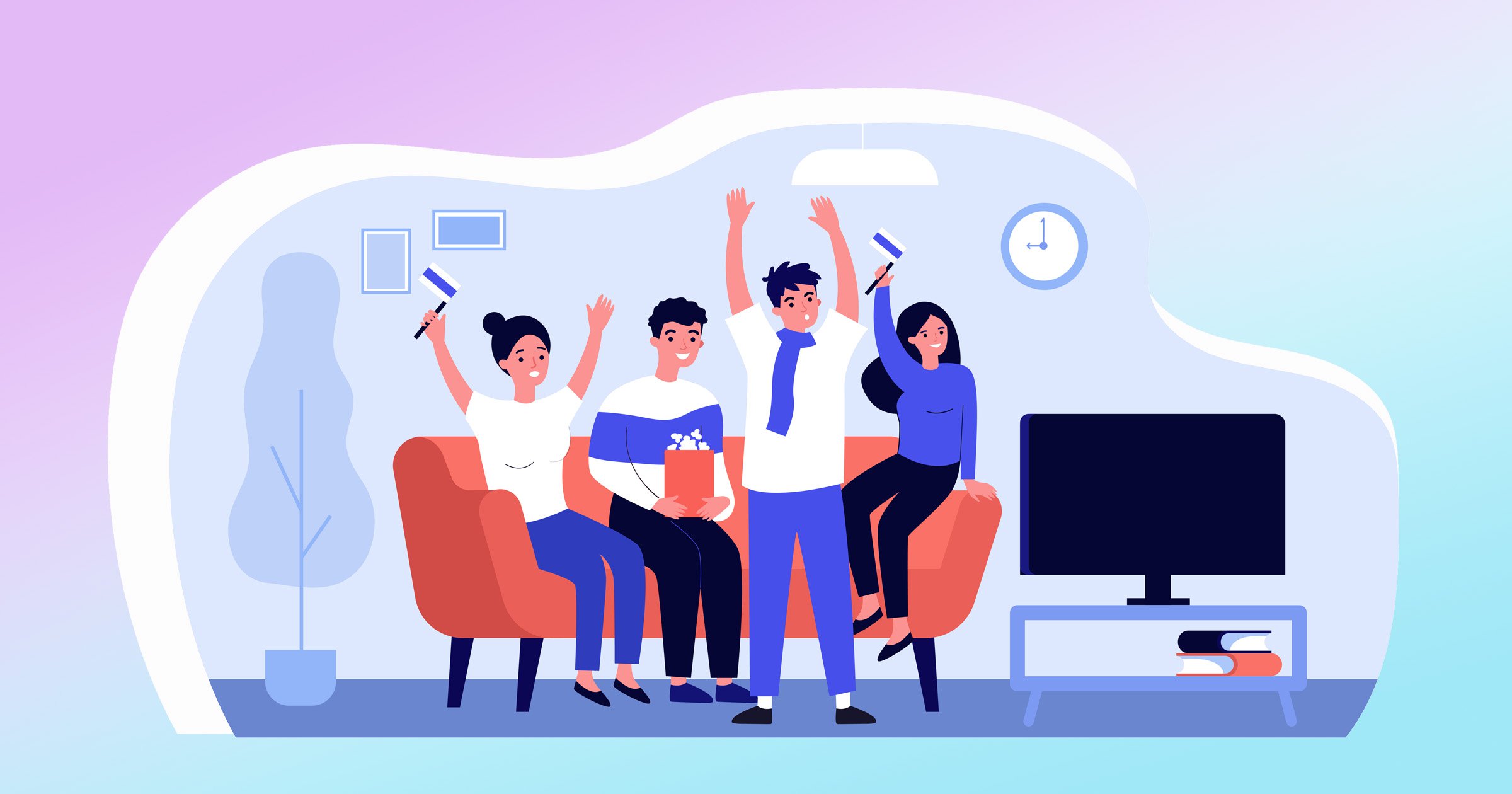 Is football only ever your thing when the really big games are on?

These fickle fans can go months, even years, without paying attention to what’s happening in the Premier League or, generally, in the world of football.

But as soon as the Euros and World Cup roll around, they’re booking pub gardens, cancelling plans for the matches and suddenly experts in formations.

Emma Brooks, a relationship and influencer manager, admits this perfectly summarises her feelings towards football – particularly this year.

She tells Metro.co.uk: ‘Usually I am so emotionally disconnected from it, when my boyfriend wants to put it on, I make myself scarce. Who wants to watch football when you can have a cuppa in the bath with a facemask on and some trash TV?

‘Then the big games come on, and it’s like I’m a bigger fan than he is. He actually told me to calm down during one of the first games because I was (and I quote) “scaring the dog.”

‘When England plays, there’s the sense of camaraderie and everyone pulling together to support something positive which very rarely happens.

‘I guess it’s also nice to feel connected with so many people, specifically after the past year or so – it’s nice to have something else to focus on or talk about other than Covid.’

This is also the case for Aidan, a journalist living in London. She’s never paid much attention to football before this year, and suspects the pandemic may have played a role.

Aidan says: ‘I’ve never cared about football before, at all. But for the Euros this year, I’m finding myself actively engaging for the first time. I wouldn’t go so far as to say I love it, but I’m so interested to know what happens.

‘Maybe it’s because I’m nosy and like to know what the daily discourse and drama is about – especially after having so little to do over lockdown. It’s also a lot easier to feel engaged when it’s nation vs nation as opposed to League stuff which I have zero stake in personally.’

Abbi, 26, from London, adds that she’s surprised herself by how much she’s committed to the Euros.

She says: ‘Having never really been interested before, and really not understanding how the loss of a Premier League match can ruin a football fan’s (and, consequently, their girlfriend’s) entire day, my avid following of the Euros has surprised me.

‘I now know not only which footballers are the easiest on the eye – to be honest I always knew this – but I know where they play, who plays well with who and a bit more about bench politics.

‘I also know the right words to scream at the TV and when – which has given my social cred a bit of a boost.’

The summer of 2018 saw the nation come alive with World Cup fever, with huge viewing events and parties up and down the country.

So why do people suddenly get so interested in a sport that they don’t typically care for day-to-day?

Experts have outlined a few key reasons why these football flirts emerge during important tournaments:

It’s in our evolutionary nature

Mike Jones, a happiness coach and co-founder of Better Happy, explains that a lot of it actually comes down to the way we are wired as human beings.

He tells Metro.co.uk: ‘Humans crave a community and camaraderie with a unified goal. This has enabled us to survive as a species.

‘For hundreds of thousands of years, we worked together, in tribes to survive. So it’s hardwired in our evolution to want to be a part of a community working towards a bigger goal.

‘In modern life, (for most) survival isn’t something we need to worry about and we are less connected as communities.’

However, Mike stresses that human beings love to be a part of a common goal and, on this occasion, it just so happens to be a football tournament.

Dr Elena Touroni, a consultant psychologist and co-founder of The Chelsea Psychology Clinic, agrees that is also comes down to our innate desire for belonging.

She says: ‘Some people may get more interested in football if the team they are supporting are doing well, but for others the sense of belonging to a group in supporting a team on a much larger scale, sharing experiences with others, and the atmosphere of watching a football match (be that with your family, with friends, or in a public space, such as a pub) that is a great pull to following a sport you’d normally otherwise avoid.’

Dr Elena Touroni adds that high-profile games – such as the World Cup and Euro games – represent more than just a normal football match.

She says: ‘In a similar way to supporting your country at the Olympic Games, the World Cup and Euro games offer a chance to connect with others, socialise, and share excitement about the prospect of “our country” winning.

‘It offers an opportunity to share in national pride and a sense of wider community.

‘If you aren’t usually interested in football, it’s not necessary the game itself that matters, but more the opportunity to share the collective group excitement.’

There’s also a ‘history in the making’ element to certain matches, in particular.

Dr Elena Touroni says: ‘Equally, for a team like England who don’t often enjoy success at the World Cup or Euro games, the prospect of witnessing history being made by getting to the finals, for example, can be an exciting pull, drawing a wider audience in.’

People feel they should be watching

Dr Becky Spelman, a psychologist and clinical director of Private Therapy Clinic, adds that many feel a sense of obligation, too.

‘So it’s a bit of a crowd-following mentality, a herd mentality, that because there’s a huge amount of people watching – even those who wouldn’t usually be interested get involved as well.

‘It’s a very interesting phenomenon because actually when people think about the reasons for watching the game, if they don’t follow football, they have absolutely no good reason at all – apart from often just following what they think “should” be done.’

The desire to be ‘in-the-know’

There’s also the fact that these huge matches are a talking point for friends, families and colleagues – so some might feel like they want to watch in order to be a part of the conversation.

Dr Becky adds: ‘For a lot of people, it’s the fear of not being able to join in on the conversation, and the fear of being left out in the workplace or on social situations where the game will be talked about leads people to want to be ‘in the know.

‘Therefore they watch the game so that they feel like they can contribute to conversations on it and not be left as an outsider.’