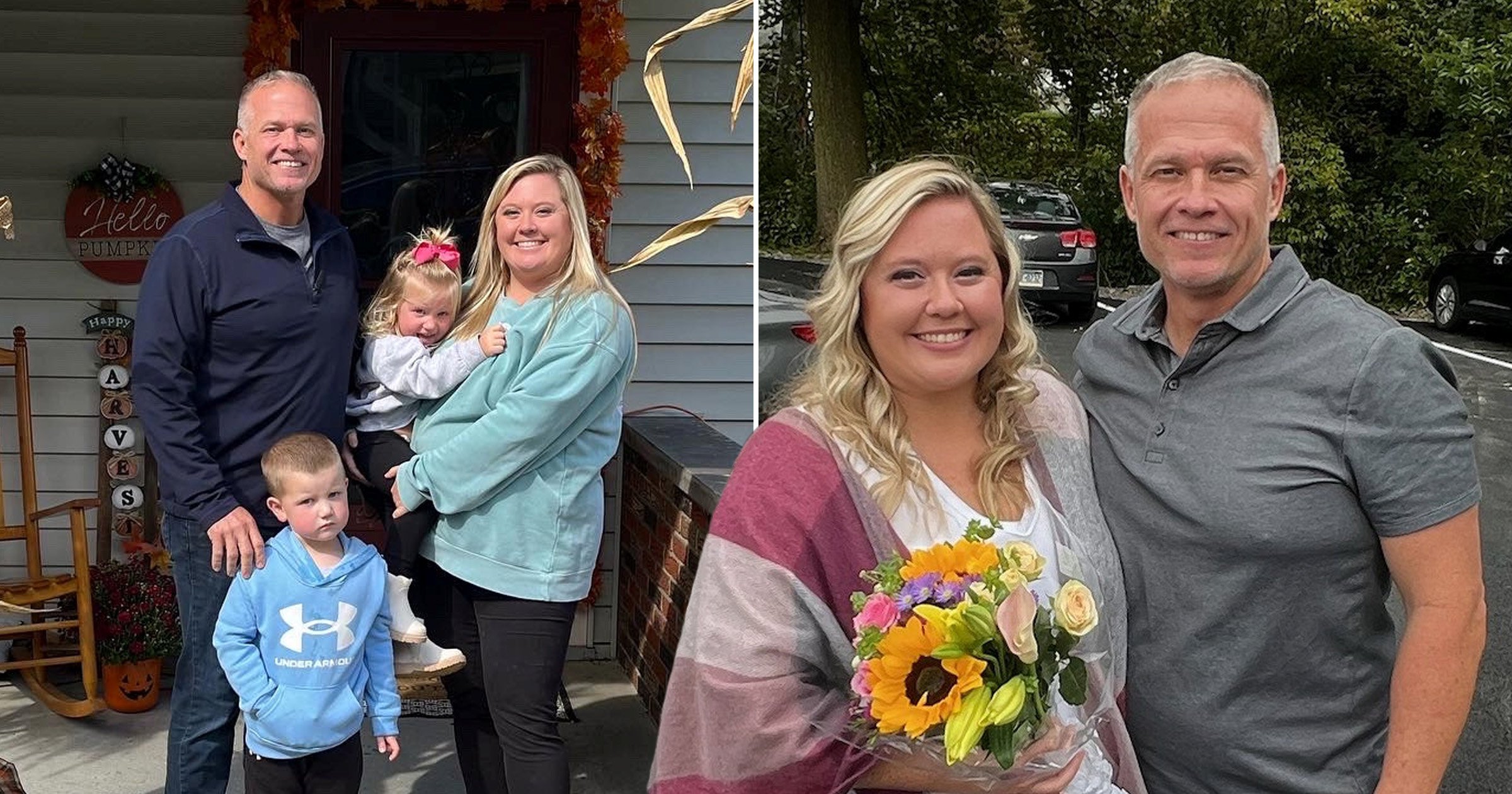 ‘I was so nervous – how do you just call someone and ask “are you my dad?”,’ recalls 33-year-old Adrienna Tyler.

She was only 13 when she overheard the man she thought was her father referring to her as his stepdaughter. From then on, she was ‘desperate’ to find her biological father.

Although many of her searches went unfinished, Adrienna – a stay-at-home mum who is married to 40-year-old Brian Tyler – wasn’t ready to give up.

This year, she rekindled her search as an adult, starting with a DNA kit – but after having no luck, her sister-in-law suggested reaching out to the DNA Detectives Facebook page, where she met Suzanne.

The pair worked together to build a family tree with more than 400 people on it and Adrienna took another DNA test.

‘This wonderful lady called Suzanne on the group helped me build my family tree and after doing another DNA test we found my aunt,’ said Adrienna.

She added: ‘I reached out to her on Facebook and asked if she would help me figure out who my father is.

‘She said she had two brothers, and she would go and call them.’

The next thing she knew, she offered to put her in touch with her dad.

‘I was suddenly ready to puke,’ she added.

According to Adrienna, Joseph had no idea she’d ever been born and was delighted to meet her.

He recalled having a ‘summer fling’ with Adreinna’s mother in the 1980s.

They grew close but split when her mother was four months pregnant and never spoke again.

Joseph claims he didn’t know Adrieanna’s mum was ever expecting a baby – or that he was the father.

‘When he found out about me, he was so excited, and it was such a relief – I felt so vulnerable before in case he wanted nothing to do with me,’ she said.

After talking online for a while, the pair finally met at a local festival near Adrienna’s home last week.

‘It was just perfect,’ she said.

‘At the time when Adrieanna came into my life, I was going through a tough break-up and I really needed that.

‘That part of my heart got filled again when I found out about my daughter.’

Adrienna added: ‘Before we met, he had sent me some pictures, but it’s not until you’re stood next to someone that you realise how alike you look.

‘To think I’ve been waiting my whole life for that moment.’

After spending time bonding, the families hope to be in each other’s lives forever and are already planning to spend Thanksgiving together.

Adrieanna said: ‘I had vowed I would spend the rest of my life searching for my dad – I didn’t want to die knowing I hadn’t tried.

‘I just kept thinking that there is a man out there who deserves to know he has two grandchildren.

‘I feel like I can finally start to heal now that I’m not wondering why he didn’t want me, when all this time it was because he didn’t even know I existed.

‘Everything happened the way it was supposed to.’