Woman's family won't speak to her after human Barbie transformation

Young woman reveals her family refuse to speak to her after she spent $70,000 turning herself into a human Barbie doll

A 21-year-old woman with dreams of becoming a ‘human Barbie doll’ claims she was ghosted by her entire family over the dramatic transformation.

Jessica, known as Jessy Bunny online, is a German-born Instagram model who has invested over $70,000 in plastic surgery in an attempt to resemble the doll.

The young woman says the three-year transformation has resulted in her ‘dream body’ but came at a price she never expected to pay: her family. 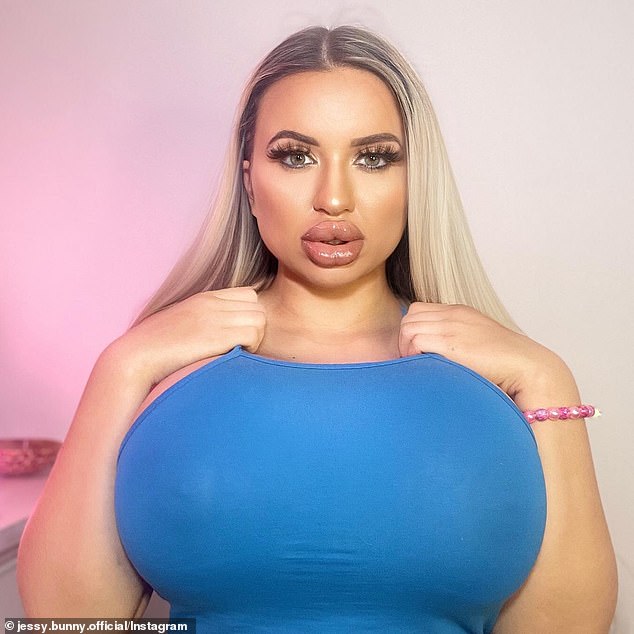 Jessica, known as Jessy Bunny online, is a German-born Instagram model who has invested over $70,000 in plastic surgery in an attempt to resemble the doll 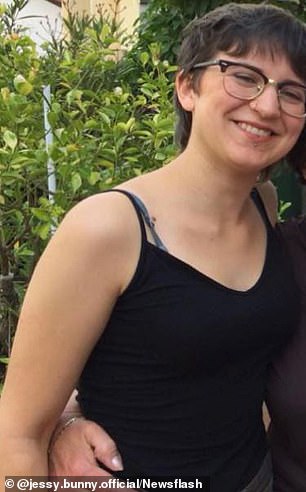 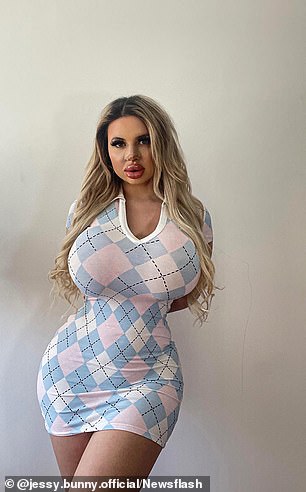 ‘They are blocking my calls,’ she said of her family.

‘This is so sad as I’d love to be in touch, especially with my brother and my grandparents.’

Jessy has had three breast enhancements, a nose job and multiple lip procedures to achieve her desired look.

And says she is confused by her family’s reaction at her choice to change her physical appearance.

‘I used to pretend to be happy and solid, but I wasn’t my true self,’ she said.

‘My parents had very conservative opinions concerning education. Whenever I wore sexy clothes in summer it was like a nightmare for them. They handed me silk scarves to cover my cleavage.’

The young woman, who has 84,000 followers on Instagram, often posts photos showing ‘how far she’s come’ since 2018.

The pictures show Jessica as a naturally slim woman with short mousy brown hair, glasses and a lip piercing. 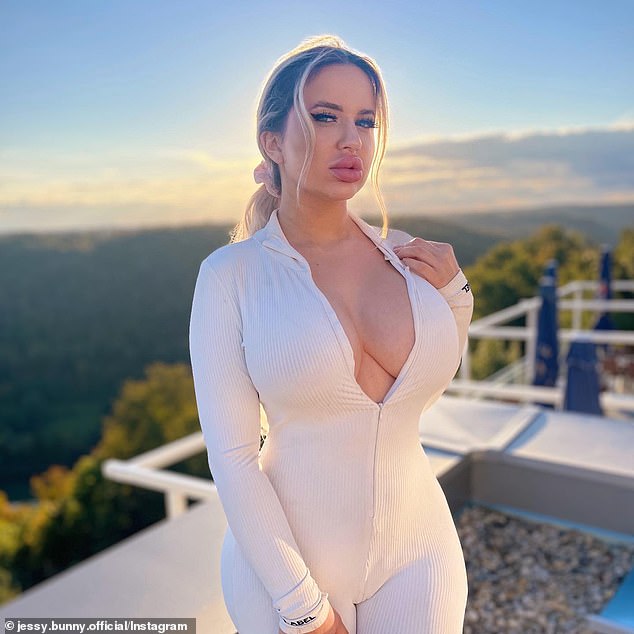 The young woman, who has 84,000 followers on Instagram, often posts photos showing ‘how far she’s come’ since 2018

What work has Jessy Bunny had done?

She then shows off her post boob-job figure of 2020, and is pictured in a figure–hugging dress with light blonde hair and subtle lip filler.

The next ‘installment’ came in 2021 when the young woman added more lip filler, longer hair extensions and increased her cup-size.

Now she boasts about fitting in a 12-N bra and claims she intends to continue to ‘get bigger’ despite the savage reaction from her family.

And it appears her brother, parents and grandparents aren’t alone in their thoughts.

‘I think this is too much too soon,’ one woman wrote on a recent post of the model.

‘You looked really great in 2020, why did you have to keep going,’ asked another fan.

But for every criticism the popular blonde gets dozens of positive messages.

‘This is so incredible, what a wonderful transformations, good for you girl,’ one woman said.

‘A very impressive transformation, you are both pretty and hot,’ said another.

Jessica said she also has her bottom ‘plumped’ with injections and imagines she will have a few more surgeries before she achieves her desired finished look.

‘Having the biggest silicone breasts in Austria just isn’t enough for me. I want the most voluminous lips in the whole country too,’ she said, despite admitting she is scared of needles.

‘Getting up in the morning and feeling happy and comfortable in your own skin is just wonderful,’ she said.