Home » Lifestyle » WW2 Nazi spies: The true story of the two traitors who spied on Britain for Germany

WW2 Nazi spies: The true story of the two traitors who spied on Britain for Germany ONE was described as the “most remarkable spy in the history of espionage”, the other is a young man whose name is all but forgotten. Yet the stories of Duncan Scott-Ford who became a German spy almost by accident and Kim Philby, perhaps the most notorious Briton ever to betray his country, are inextricably linked, their fates intertwined. And, in a twist any thriller writer would be proud of, Philby appears to have played a part in the downfall of the naive, young spy.

Scott-Ford was born in Plymouth in 1921 and followed his father into the Royal Navy at the age of 15.

By 1939 he was a young rating on HMS Gloucester for its maiden voyage to Africa. During the ship’s brief stay in the then Tanzanian capital Dar-es-Salaam he fell in love with Ingeborg Richter, the daughter of a German official.

But it was in the next port of call – Egypt’s Mediterranean port city of Alexandria – where his troubles really began.

Scott-Ford was such an enthusiastic patron of the Egyptian city’s brothels that he soon ran out of money. He had a solution: he stole money by fraudulently altering his Royal Navy savings book.

He was caught and his subsequent court martial in March 1941 led to shame and dismissal from the Navy and a spell in Winchester prison.

After his release in July 1941, he joined the Merchant Navy.

In 1942, he joined the SS Finland, a medium-sized cargo ship on the convoys to Spain and Portugal, and in May arrived in Lisbon.

It was his first visit to the Portuguese capital – a hotbed of spies from both sides given the country’s neutrality – and he wasted no time in exploring its seedy underbelly.

He later told his British interrogators he slept with nine prostitutes, one of whom he knew only by her exotic working name, Champagne.

MI6 agents in Lisbon had long been aware that the city’s brothels and bars were a recruiting ground for the Abwehr, Germany’s military intelligence.

A British seaman frequenting these places would quickly be identified as a potential recruit. 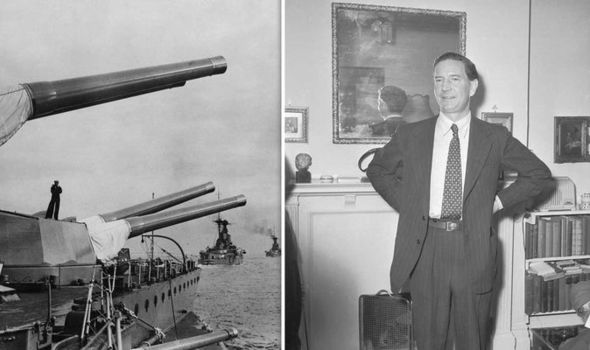 In a local watering hole, Café Alberta, Scott-Ford was approached by a friendly local who bought him drinks and listened to his tales of woe: how badly he’d been treated, his love for the German girl he’d met in Dar-es-Salaam, and how desperate he was to contact her.

Without realising what was happening, Scott-Ford was swept into a German safe house, promised money and, what mattered to him most, an opportunity to contact Richter.

In return, the Germans wanted information. At first it was low level – what was morale like in Britain, for example.

By now Scott-Ford was on his way to becoming a spy by accident – a theme of my novel The Best of Our Spies – but his naivety doesn’t excuse his treachery.

Soon the German agents dramatically scaled up their demands. They wanted details of shipyards in Britain and manuals detailing Royal Navy ships, along with charts of minefields and details of the different codes used by the British.

How they thought a humble merchant seaman would acquire this information is unclear.

But by the time the SS Finland returned to Lisbon at the beginning of August, Scott-Ford was spying for the Germans.

This time, his handlers were after specific details on the convoys Scott-Ford was on: where they formed up, the names of the merchant ships, details of their Royal Navy escorts.

They gave him a thousand Portuguese escudos (around £850 in today’s money). Clueless, he signed the receipt in his own name. 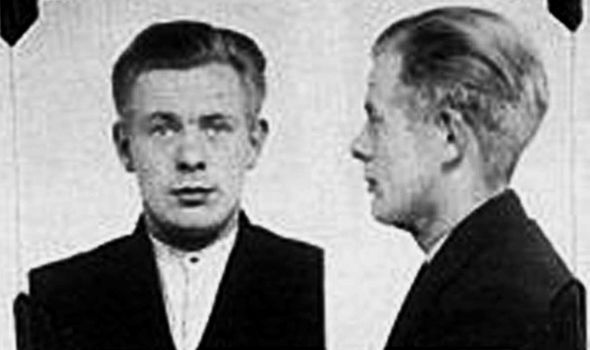 British convoys were vital to the Allied war effort but suffered terribly from attacks by German U-boats, who often relied on intelligence to find their targets.

More than 2,000 British merchant navy ships were sunk with the loss of more than 30,000 lives.

There can be no question that the potential damage Scott-Ford could have caused by spying on the British convoys was enormous – but quite what secrets he managed to betray to the Germans is one of the enduring mysteries of his case.

Scott-Ford’s convoy sailed for England on August 10, arriving in the River Mersey nine days later with Port Security Officers coming aboard to question the crew.

Whether he was already a suspect is another unknown. But he was held in a police cell overnight where, in an astonishing lapse, he confided in his Army deserter cell-mate that he was a German spy but they’d find no evidence against him.

The deserter turned out to be a police informant and when Scott-Ford was examined more thoroughly, hidden in his kit was an annotated drawing of the convoy he’d just been on with names and positions of ships and their escorts.

The original drawing is still in his files. It was damning evidence and he knew it. He confessed to spying for the Germans and was taken to London where he was interrogated by MI5 officers.

The records of his interrogation are extensive but how much of what he said was true is unclear.

His answers come across as a mixture of fact, hyperbole and fantasy. Scott-Ford’s trial at the Old Bailey on October 16 lasted just one day.

He pleaded not guilty, claiming it hadn’t been his intention to help the enemy. The jury disagreed.

They took just six minutes to find him guilty of treachery. Asked by Mr Justice Birkett if there was any reason he shouldn’t be sentenced to death, he replied “no sir”.

His solicitor tried for a reprieve on the grounds of insanity but this was rejected after he was examined by two psychiatrists.

In his interrogation, Scott-Ford had claimed he was to hand over the intelligence to a German spy ring in Britain.

This worried MI5 enough for them to send officers to question him again just hours before his execution.

They came away unsure whether they were dealing with a sophisticated spy determined to take his secrets to his grave or a fantasist unable to tell the truth.

The other was to his family, telling them mournfully: “I only have 18 hours left on earth… I am going to die a hateful death.”

Scott-Ford was executed at 9am on the morning of November 3, 1942, at Wandsworth Prison in south London and buried in the grounds.

But I discovered the twist to this tale while researching his story at the National Archives in west London. 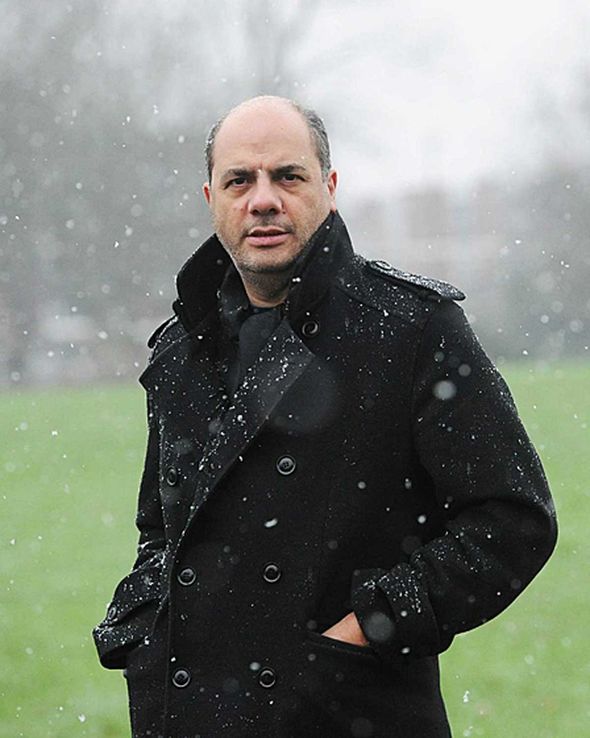 The senior MI6 officer in charge of investigating Scott-Ford in Lisbon turned out to be none other than the notorious Kim Philby.

To the profound shock of the British establishment, he would later be exposed for betraying his country and scores of British undercover agents, albeit on behalf of the Russians.

But Scott-Ford’s files contain a series of rancorous exchanges between Philby and MI5 officers in London.

Philby had long had his eye on a German agent in Lisbon called Kuno Weltzien who he was convinced ran the German espionage operation in the city. MI5 were less convinced.

The files suggest Philby had been watching Scott-Ford as he was recruited, possibly even before the young Englishman was aware of what was going on.

It is likely Philby allowed Scott-Ford to become entrapped so he could gather evidence against the German operation in Lisbon.

Philby told MI5: “We have decided that the moment is ripe to approach the Portuguese authorities and press for action against Germans and Portuguese engaged in espionage activities for the enemy… It would also seem a convenient moment to disrupt Weltzein’s organisation, we should find it helpful if we could use the evidence provided by Scott-Ford.”

Quite what Philby’s motives were in this case is unclear.

As he acknowledged in his autobiography: “All through my career, I have been a straight penetration agent working in the Soviet interest.”

It’s possible that the breaking up of Weltzien’s Lisbon spy ring was directly in the Soviet interest, or Philby could have been using the young Englishman, allowing him to become entrapped so he could help expose him and thus provide evidence of his own indispensability.

Whatever Philby’s motives, his involvement is deeply ironic.

He helped convict a foolish and naive young man whose motives for spying were money and an obsession with a girl he’d met only briefly.

Yet Philby – arguably this country’s most damaging ever traitor – got away with his crimes.

Despite long being suspected as a Soviet spy, he managed to escape arrest and in 1963 fled to Moscow, where he died 25 years later – outliving the young sailor he helped to convict by 45 years.