Zoë Kravitz and Channing Tatum continue to fuel relationship rumors, as the potential pair have been snapped together for the third time in a week.

This time around, the “Big Little Lies” actress, 32, and the “Magic Mike” star, 41, were spotted in upstate New York exiting a supermarket with a few household items, as Kravitz clutched two bouquets of flowers. 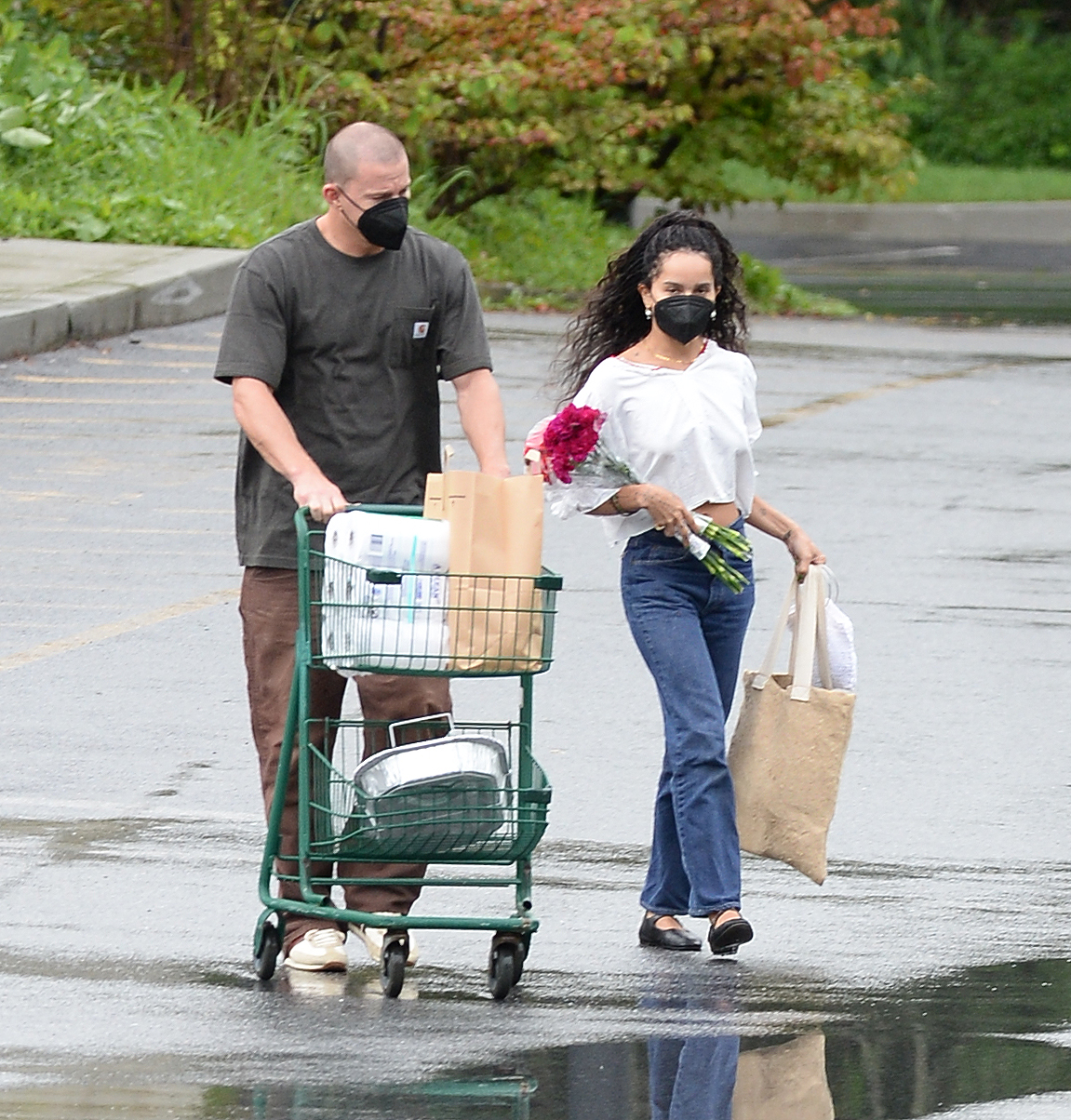 Monday’s dreary weather called for a casual look from the pair, with Tatum wearing a charcoal Carhartt t-shirt, brown pants and sneakers while Kravitz donned a white blouse, blue jeans and a pair of practical Mary Janes.

Both stars were masked up for the store run, where they purchased toilet tissue, a roasting pan and other items for their upstate retreat. 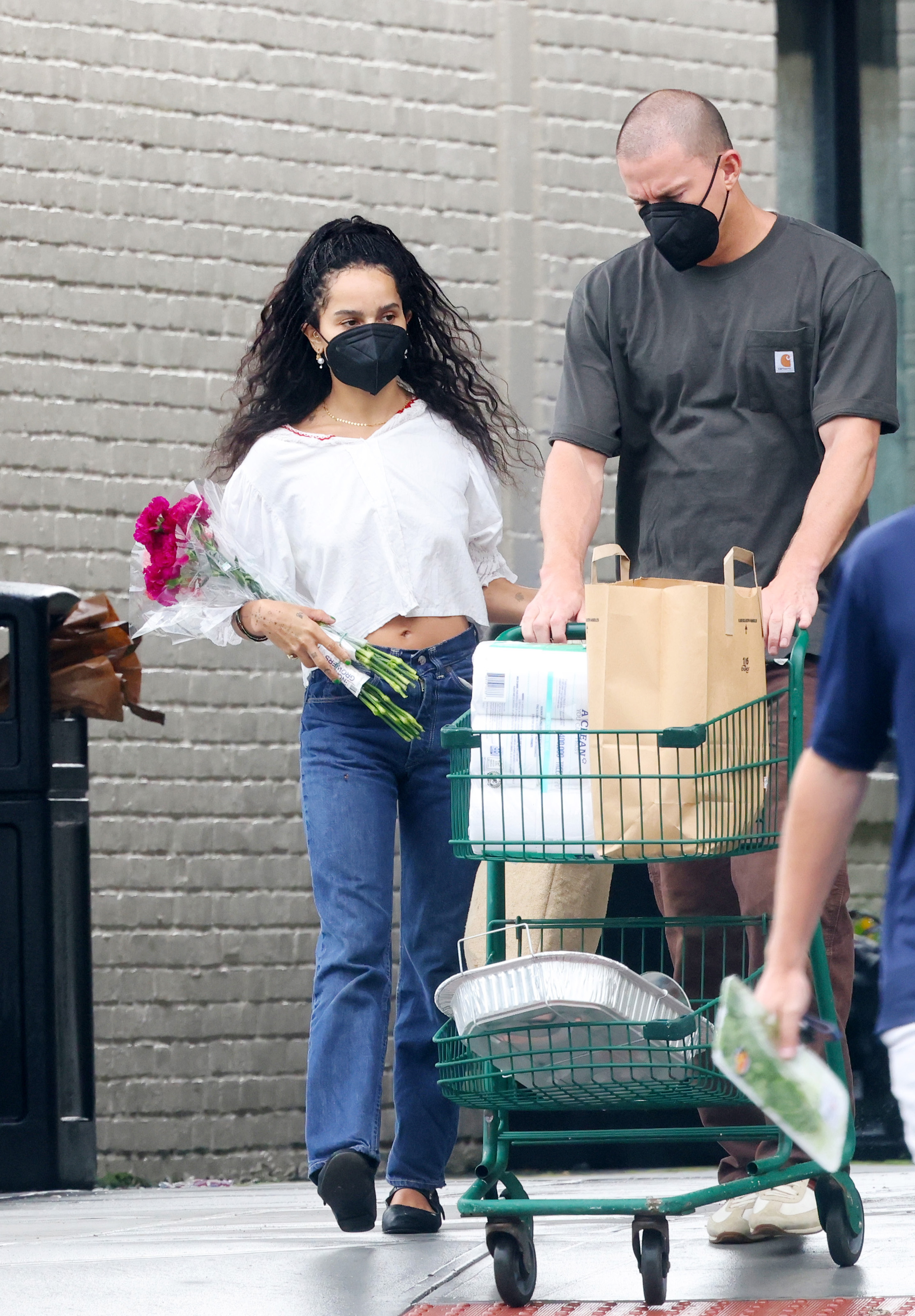 Upon exiting the store, they piled their purchases into the back of a navy blue SUV. Tatum then hopped in the driver’s seat while the “High Fidelity” star made her way to the passenger’s side.

Monday’s sighting comes days after the unofficial pair were spotted enjoying each other’s company in NYC. 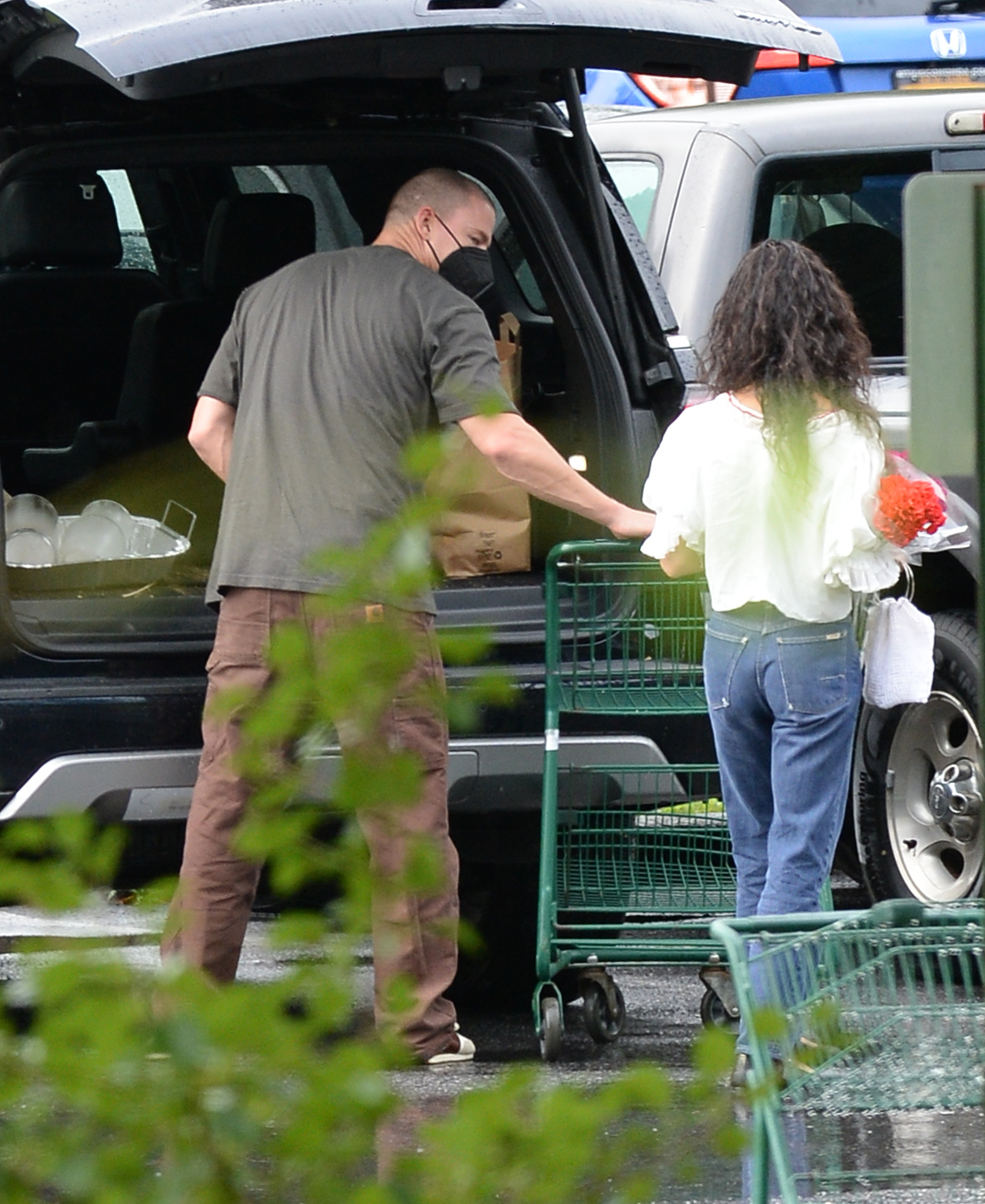 Last Wednesday, Kravitz was snapped riding with Channing on a black BMX bike through the East Village. Days later, photographers snapped the pair grabbing iced coffees together, in the company of a different BMX bike. 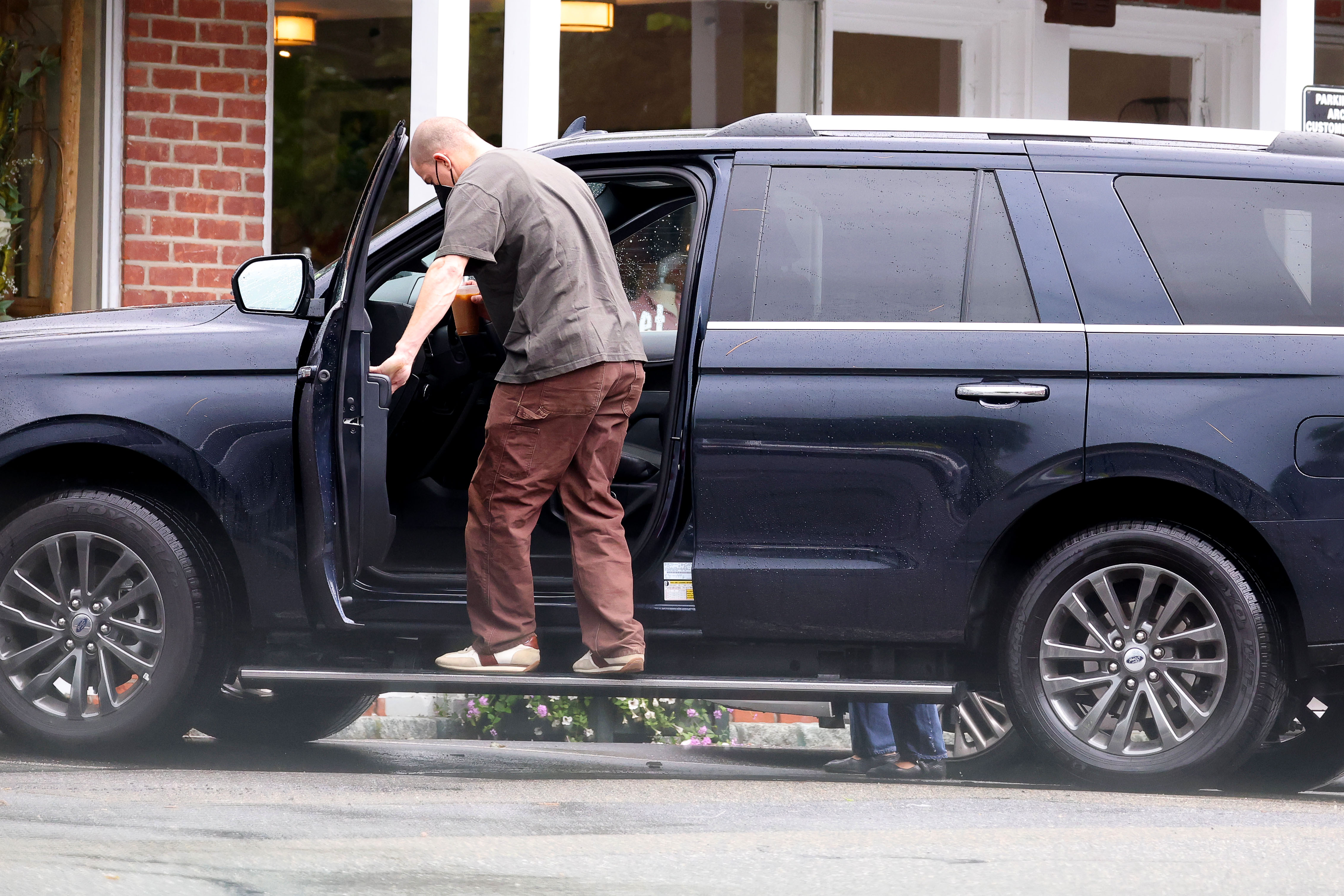 Whispers of a relationship between the two actors began in January 2021, soon after Kravitz filed for divorce from her husband, Karl Glusman, after less than two years of marriage.

And paps aren’t the only ones excited about the pair: Page Six reported this week that one group of moms in Williamsburg are trading tips via text for keeping tabs on Kravitz and Tatum in hopes of bumping into them.

Kravitz and Tatum reportedly met on the set of the upcoming thriller — and Kravitz’s directorial debut — “Pussy Island,” in which he plays the lead.