AARON RAMSEY has been made to wait for his Juventus debut as they launch their Serie A defence at Parma tonight.

The midfielder will watch on after being left out of the squad due to lack of match fitness. 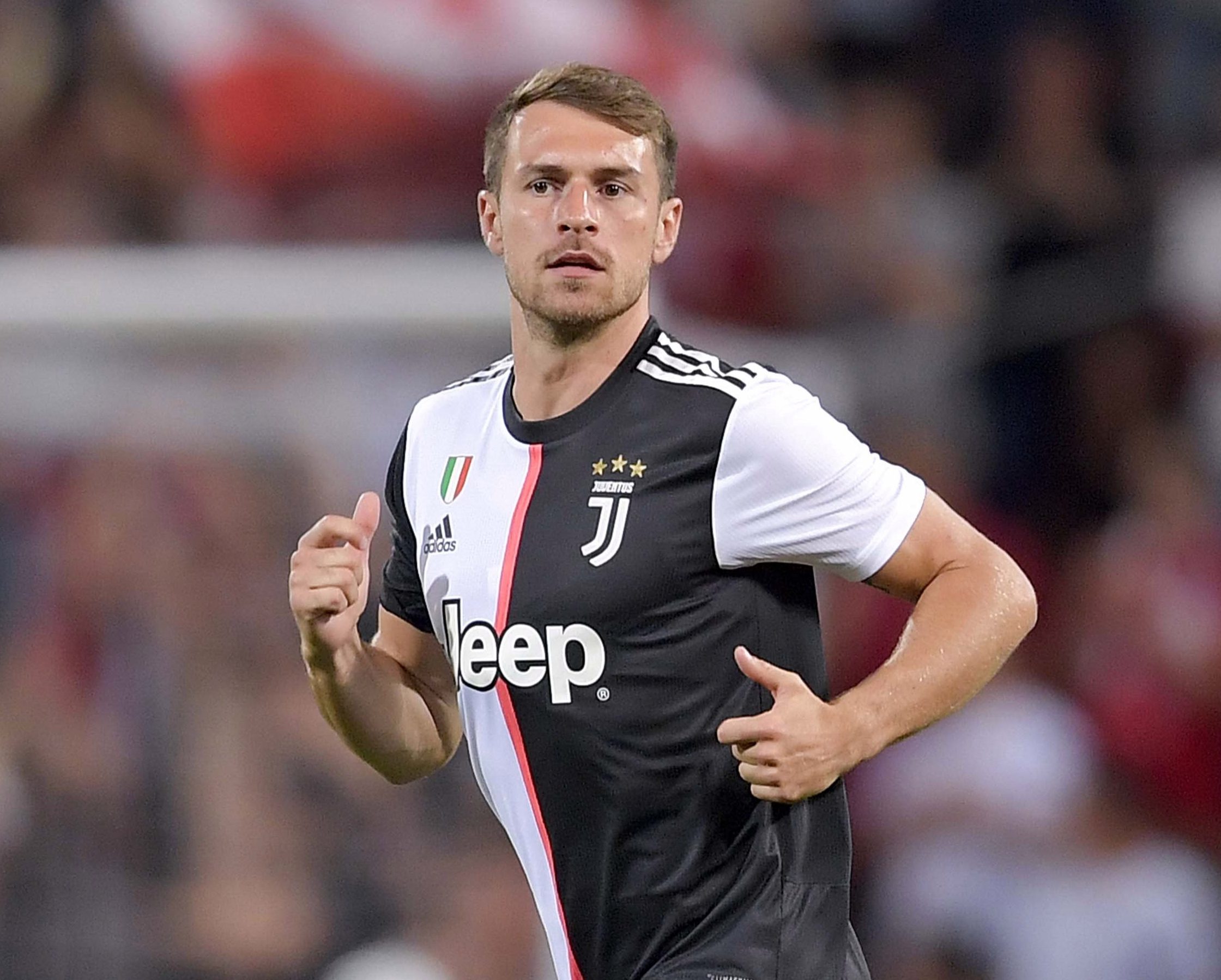 It is the second time he has had to be patient but it is much less eventful than the first attempt to launch his Juventus career — a game abandoned after the friendliest pitch invasion in football!

SunSport can reveal the Turin giants — who nabbed the 28-year-old on a free from Arsenal this summer — pencilled in Rambo’s debut for one hour into the club’s traditional celebration match at Villar Perosa on August 14.

The fixture against their own ‘B’ team is part of Juve folklore. It is known as the ‘family game,’ when Juventus fans take their kids to watch their heroes in a village with a population of just 4,052.

The players show off their ­trophy haul, sign autographs and pose for selfies with fans.

It also acts as an initiation ceremony for new boys like Ramsey.

He waited patiently as temperatures soared into the 90s, sandwiched between Cristiano Ronaldo (right) and his former Arsenal  team-mate Wojciech Szczesny on the bench.

Then as he was told to go and warm-up, thousands of fans — tired of the A team’s 3-1 lead — swarmed on to the pitch in search of souvenirs.

Welshman Ramsey did manage 15 minutes of Juve’s last preparation game against Triestina, to give fans a taster.

It looks more realistic for him to make his entrance in Juventus’ first home game a week later — against Napoli, the  runners-up in last season’s Scudetto.

With wife Colleen and son Sonny he is determined to embrace his stay in Turin and they spent weeks in the city before he reported for pre-season on July 1.

Ramsey has made a remarkable recovery from the torn hamstring injury in April which ended his time with the Gunners.

He said: “I feel good. I have had a good rehab so hopefully I can stay fit — and help the team as much as I can.

“It was a very proud moment for me to put on this famous  jersey against Triestina.

“I feel good physically and I’ve had a good pre-season.”

In the bars and restaurants around the impressive  Allianz Arena, opinion is split on their new man.

No one doubts Ramsey’s quality — what they do doubt is his ability to remain fit.

Pietro Cantone, a 24-year-old lab technician, said: “We have stolen him for free! He is the signing of the summer.

"Arsenal must be crazy to let him go for nothing. I would have paid £50million for Ramsey. I predict he will be the top-scoring midfielder in Serie A.”

Giancarlo Galotti,  a hospital porter, added:  “Ramsey is an extraordinary talent but at Arsenal his body was made of crystal — I hope he has more luck with us.”

Filippo Bonsignore, a football reporter for Corriere Dello Sport, has reported on all of Juve’s last eight title wins.

He said: “He is a smart young man, clean cut and handles himself well.

“He is the model professional and that will go down well with those in the boardroom.

“Juve fans loved that he made the effort to speak Italian when he was introduced to them. His shirt sales have gone well, I’m told.”