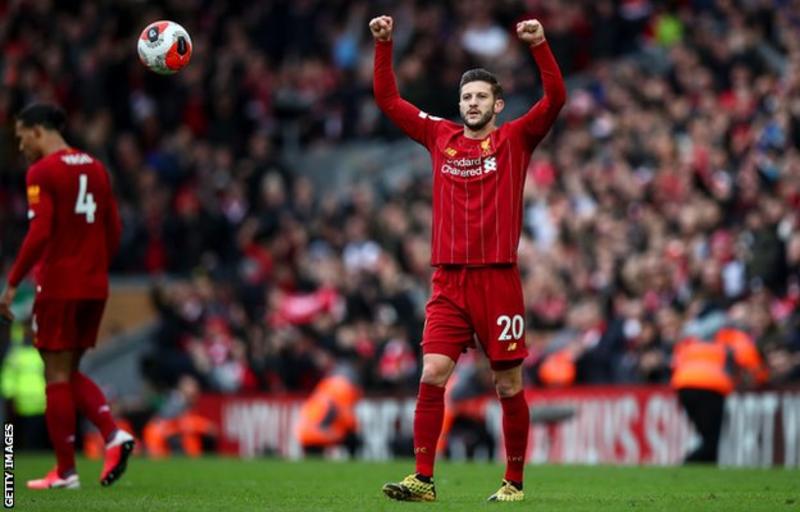 Brighton are close to signing Liverpool midfielder Adam Lallana on a free transfer.

Lallana’s deal with the Premier League champions expires at the end of this season and he has been in talks over a three-year contract with the Seagulls.

The 32-year-old has made 22 appearances for the Reds in 2019-21, though he has started only three league games and not been involved since the restart.

Lallana won the last of his 34 England caps against Italy in March 2018.

Liverpool signed Lallana from Southampton for £25m in July 2014. He has won the Premier League, the Champions League, the Fifa Club World Cup and the Uefa Super Cup in his six-year spell at Anfield.