SERGIO Aguero’s dad has accused Pep Guardiola of shedding crocodile tears in an astonishing attack on the Man City manager.

The footballer’s brother Mauricio del Castillo savaged the Spaniard at the weekend by claiming he 'never wanted' the veteran striker in a tweet he later deleted after Aguero played his last game for the Citizens. 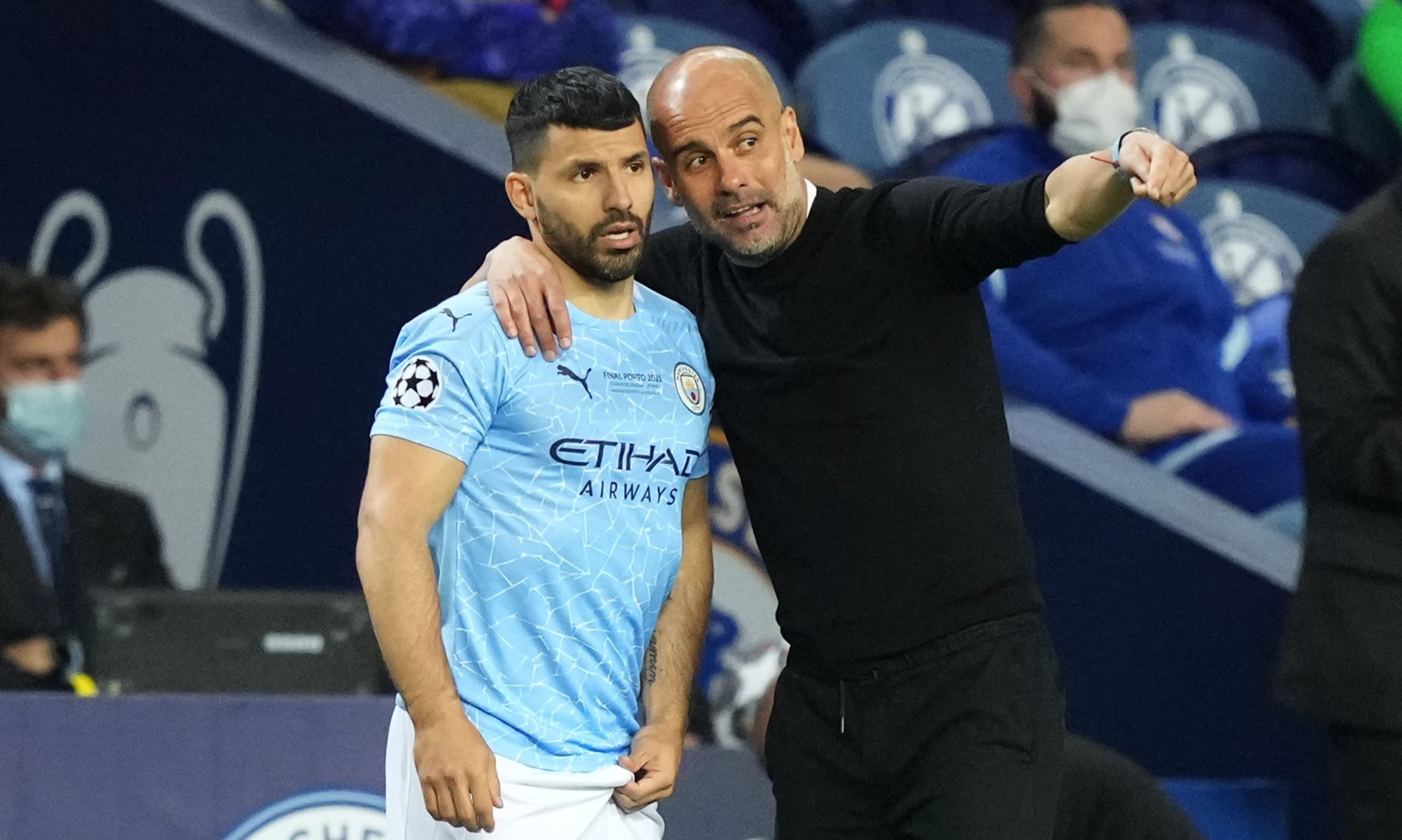 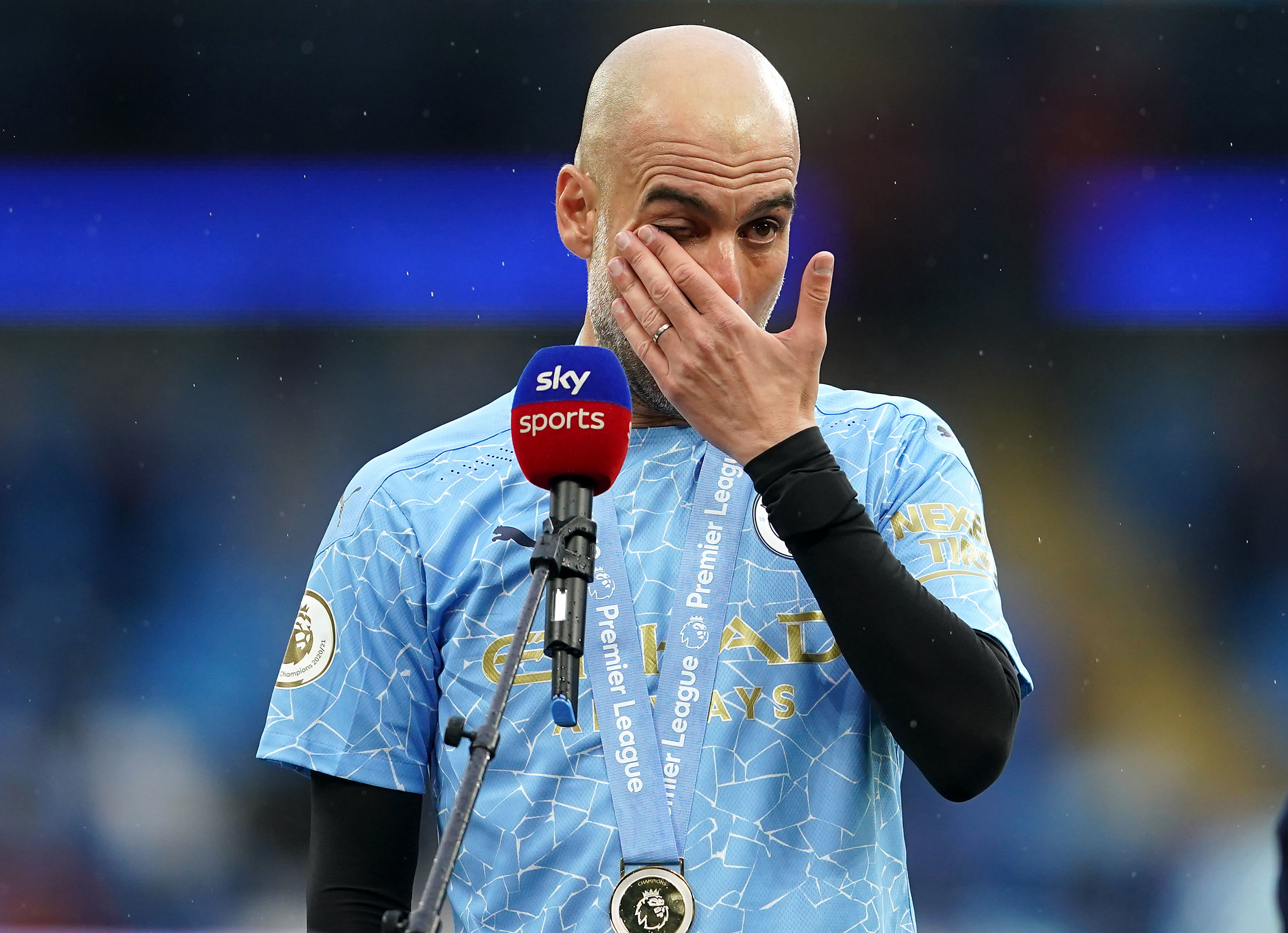 And overnight the star’s dad Leonel took a new pop at Guardiola over his treatment of Aguero after the 33-year-old signed for Barcelona following a record-breaking decade at the Premier League club.

Leonel, who is his son’s agent, also revealed Chelsea and Arsenal were interested in signing the Argentinian forward before he opted for the Catalan club.

Pep broke down in tears after Aguero came off the bench to score two goals against Everton in his final Premier League appearance as he hailed the Argentina international as a 'special person' and insisted City 'cannot replace him'.

Asked on Argentinian radio station Radio La Red if the Man City’s boss' tears had moved him, Leonel said: "No, I don’t believe him.

"He was never sincere with my son. He never wanted him in my opinion.

"He wants to be the protagonist in his clubs rather than the player."

Admitting Guardiola had changed football and his training sessions were 'very good and intense', he added: "From one day to the next he changes the players, he changes the midfield, you never know if you're the main choice player or not.

"As Sergio said, things always depend on the club and the manager of the moment and that happens everywhere.

“They say your time is up at the club and the only option you’ve got left is to leave.

“My son was waiting right up to the last moment to renew with City but it didn’t happen.”

Claiming Sergio came close to staying in England, he added: “He is happy right now after signing for Barcelona. I see him happy.

“He didn’t know what was going to happen with his future. There were several clubs interested in signing him.

“Arsenal were interested in him and Chelsea to the last minute.

“If he didn’t stay in England, it was going to be Italy or Spain.

“He’s been friends with Lionel Messi since they were 15 and they’ve always talked.

“It looks like Messi is going to stay at Barcelona so they’re going to play together.”

Aguero's brother tweeted shortly after City lost the Champions League final to Chelsea on Saturday: "Guardiola never wanted my brother since his arrival at City."

Asked why he had erased the message by social media followers, Mauricio said: "Many toxic people, too many."

Warned the message had been seen by another Twitter user, he responded: "Perfect, I'm glad people have seen it. And I’ll write it again if I want."

The attack caught many people by surprise because of Guardiola’s emotional tribute to the Premier League’s record foreign goalscorer.

Aguero, who turned 33 on Wednesday, has been at the centre of a coronavirus scare since jetting to Argentina following his Barcelona signing to prepare for two World Cup qualifiers and the Copa America.

He tested positive for Covid in a rapid test after arriving but his dad subsequently revealed it had been a 'false positive' and said a subsequent test had come back negative.

The footballer was forced to quarantine earlier this year with his partner Sofia Calzetti after they were diagnosed with coronavirus.

Sergio’s dad admitted in his radio interview his son had not received the Covid vaccine while he was in England.