‘It would be easy to stay at home’: Alex Scott says she is in Qatar to ‘do her job’ after Gary Lineker asked her why she has travelled to the World Cup… with the pundit claiming fans had stayed at home ‘out of fear’ amid fears over the LGBTQ community

BBC pundit Alex Scott has revealed her reasons for not boycotting the World Cup after criticising FIFA President Gianni Infantino for his extraordinary outburst on the eve of the Qatar World Cup.

Infantino launched a 54-minute tirade to the media on Saturday, accused the west of moral hypocrisy.

The build-up to the Qatar World Cup has been overshadowed by the treatment of LGBTQ+ people and the deaths of migrant workers, but Infantino said critics were in no position ‘to give moral lessons to people’. 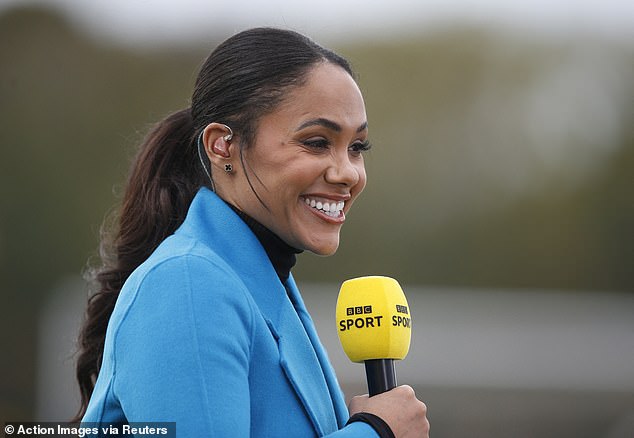 Speaking on BBC Sport ahead of the opening game of the tournament between Qatar and Ecuador, Scott explained that she was considering boycotting the World Cup but believes that would have been the easy option.

She said: ‘I totally understand their reasons as well as a whole heap of fans from the LGBTQ+ community around the world not wanting to and once again we reference Gianni Infantino, you are not gay, you will not understand travelling to a country where you are fearing for your life about your preference of who you choose to love.

‘To keep saying football is for everyone, that’s what you keep feeding us with, it’s not because people have not been able to travel to support their teams out of fear, so you can’t say football is for everyone. When you sit and have conversations, I’ve had conversations about I should be staying at home, I should be boycotting, and I think me personally that would be the easy option to do just that.’ 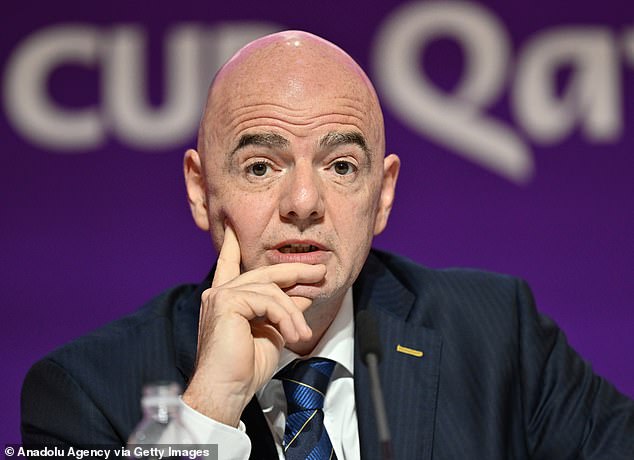 Presenter Gary Lineker then asked Scott ‘why are you here?’

Scott replied: ‘Because I love my job and when I think about it sitting here and having the harder conversations, and its bigger isn’t it, we’re talking about migrant workers, the LGBTQ+ community, women’s rights. You think about four years ago, I was the first female pundit for the BBC at a world cup. You think about how far we’ve moved in four years.

‘Lets hope in the next four years at the world cup we are never hoping to have these conversations again.Lineker: Fifa sent out a letter telling teams Let’s stick to the football. We’d love to we’d really would but it’s not possible is it alan?

Alan Shearer added: ‘Well perhaps that’s what Gianni Infantino should have done that yesterday instead of coming out with the rubbish that he came out with. If he feels that strongly about the migrant workers and their families, Amnesty has been asking FIFA for just over 400m dollars for a compensation fund. They’ve not agreed to that yet. Why?’ 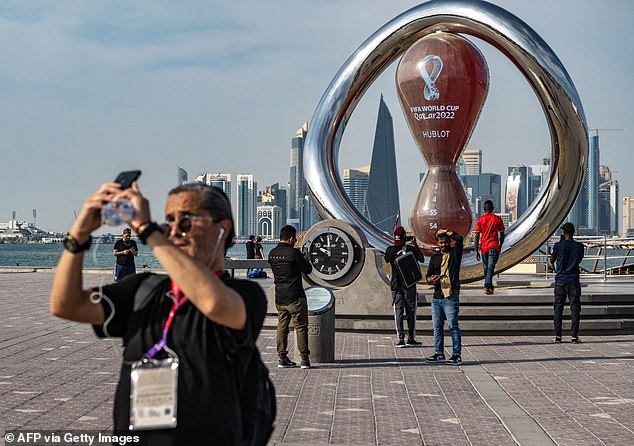