NO goals but a clear winner: Manchester City.

If West Ham do the business against Liverpool tomorrow afternoon, The Most Exciting Title Race In Years will feel over. 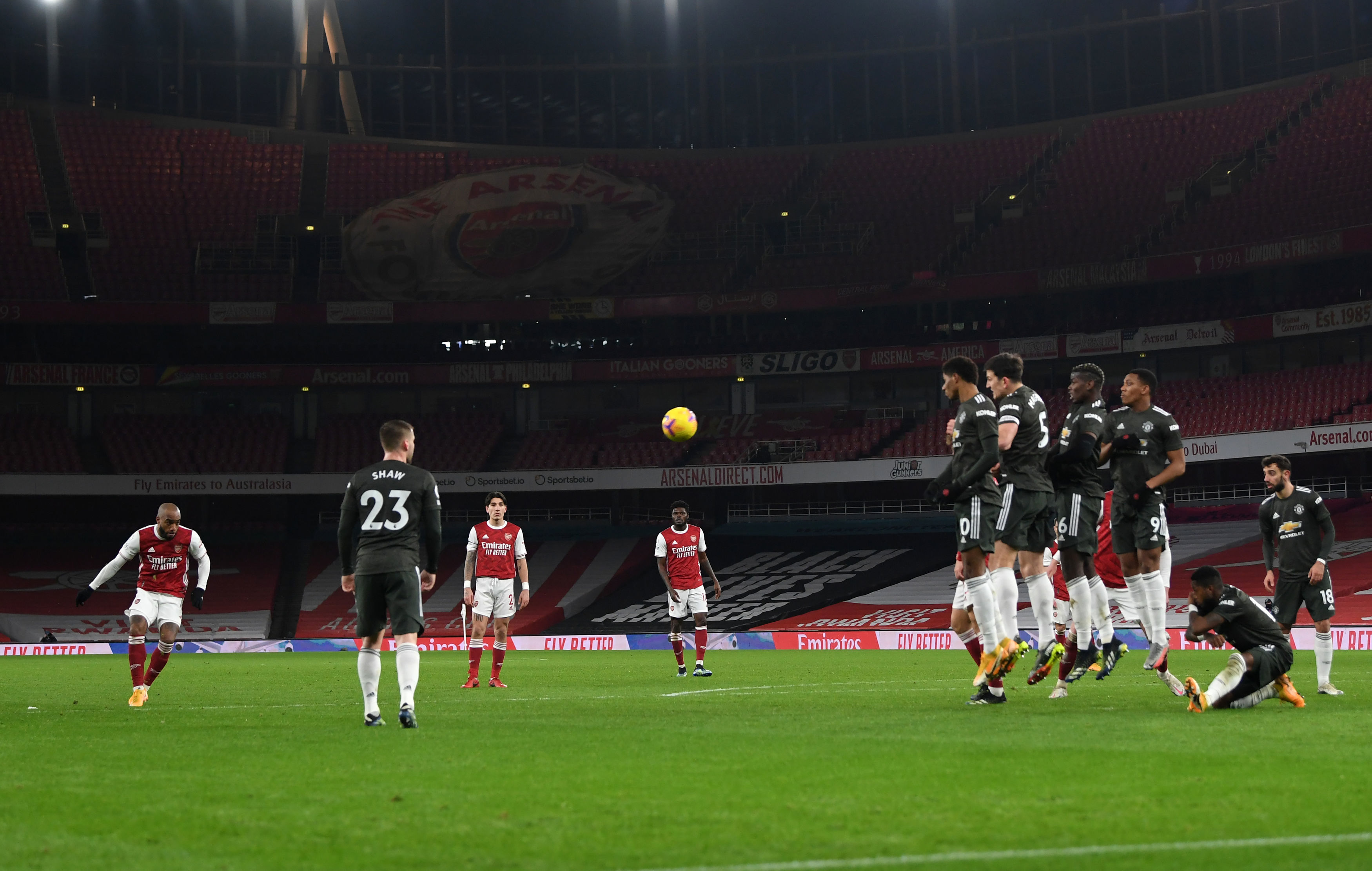 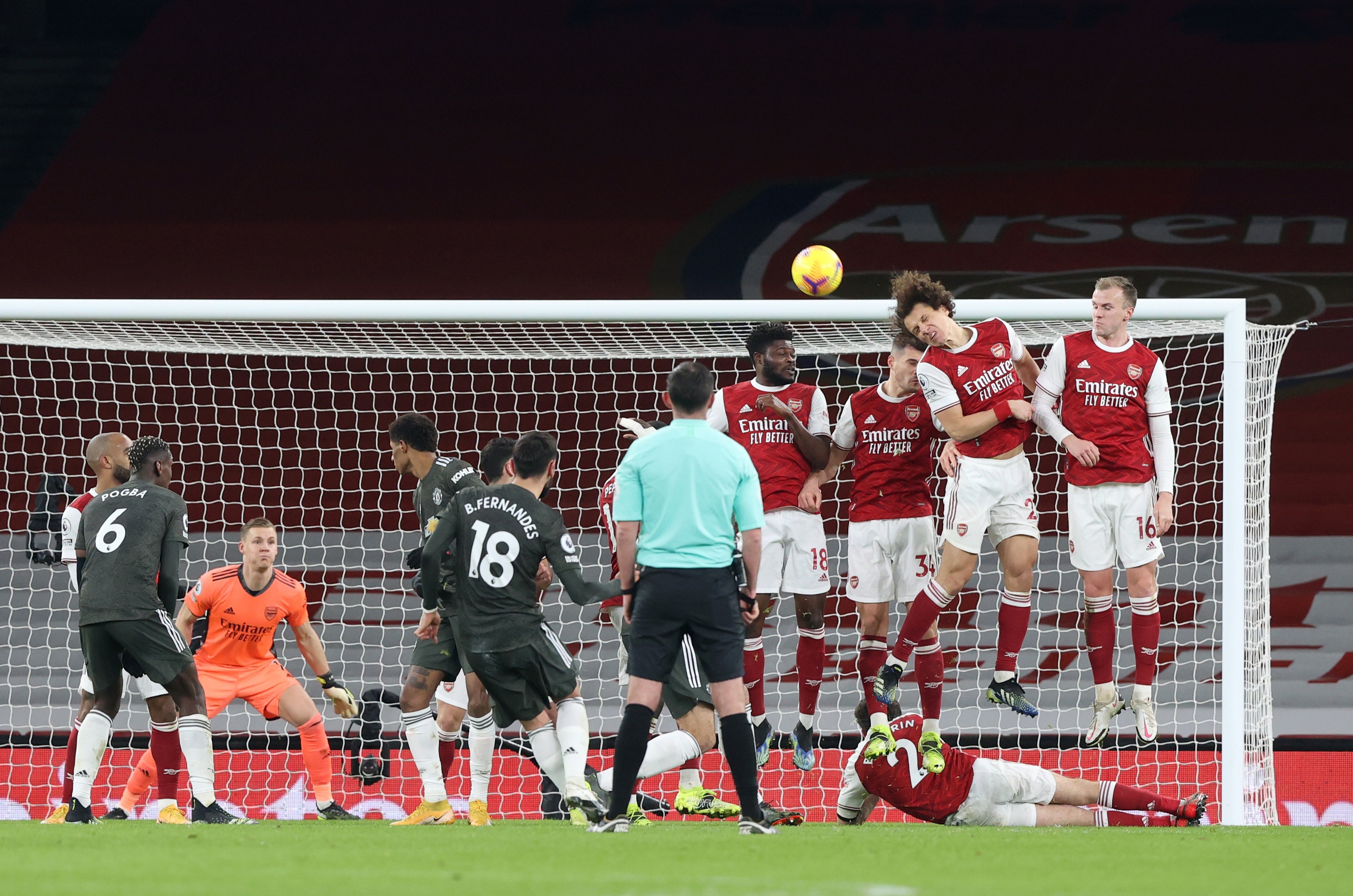 Some might say it never really began, yet in the hearts of some Manchester United fans, it was so real.

But in the space of four days, a numbing home defeat by Sheffield United and a stalemate against Arsenal have left Ole Gunnar Solskjaer at the wheel of a bus that is once more chasing the City juggernaut.

Entertaining as this game was at times, it was also a good illustration of why Pep Guardiola’s side will surely win the title, and possibly with a degree of comfort that looked unlikely not so long ago.

As City’s head coach has himself noted, since a much more turgid goalless draw than this, at Old Trafford on December 12, his team have gone back to playing the football that has already earned them two Premier League crowns.

City are so well drilled, their players so familiar with each other and their system, that they don’t need fans in stadiums to drive them to the necessary heights, as some of their rivals seem to do..

They could probably play in the dark, as well as in silence.

But United and Arsenal are still trying to build an identity, to establish a way of playing that they can execute at a high level, game after game, week after week.

Until they do, they will remain also-rans at the top of the table. 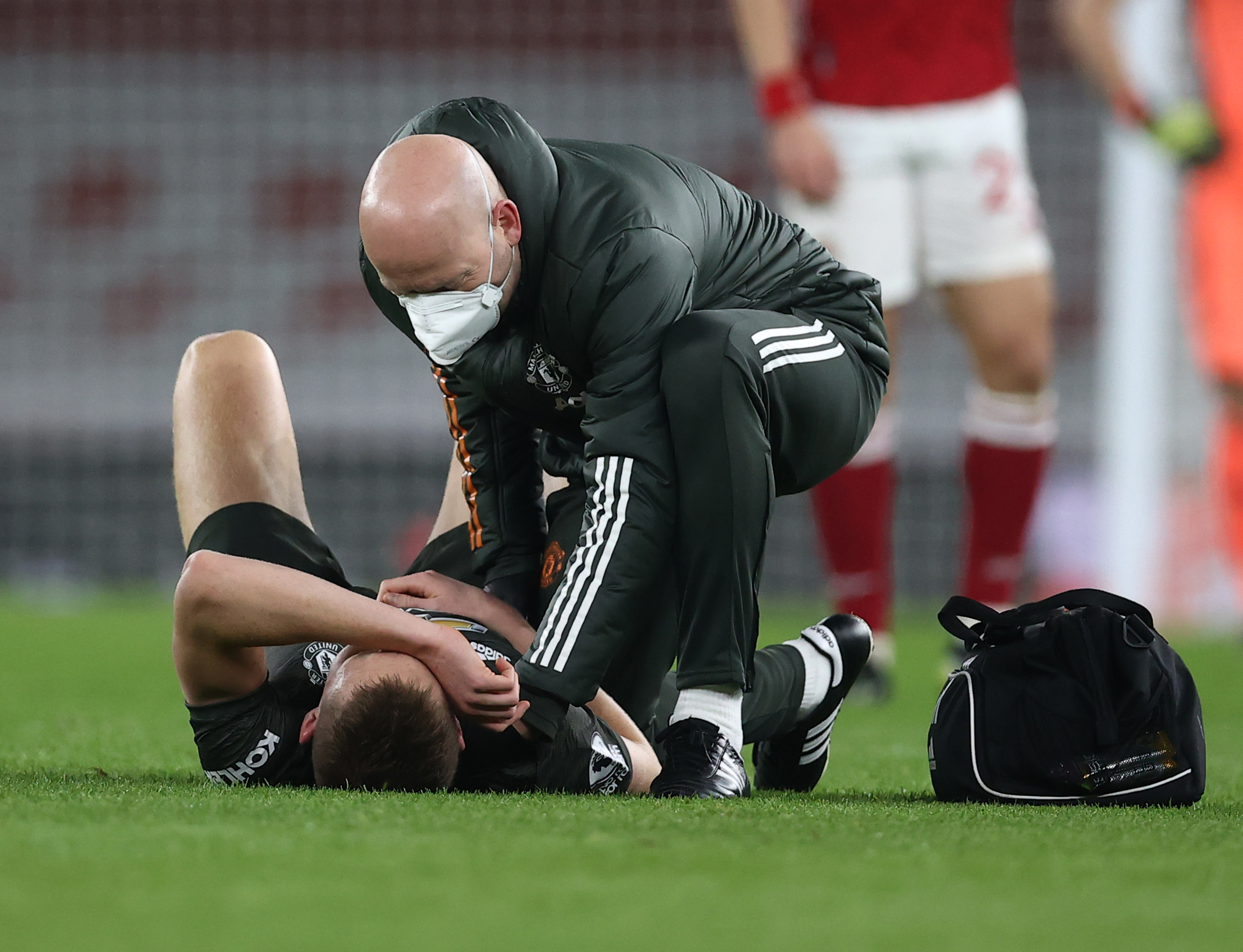 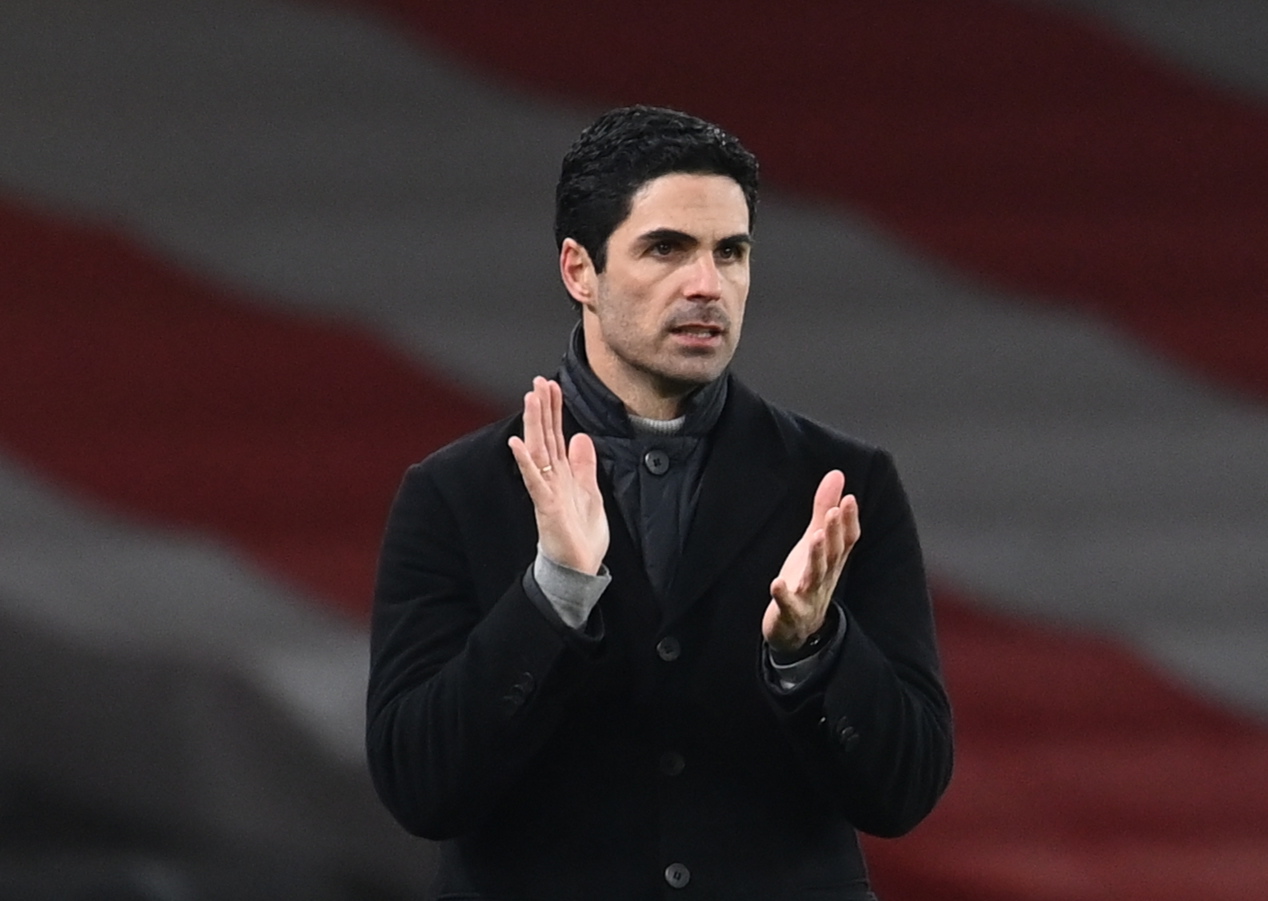 Not that this was a bad game, far from it.

But in the opening stages in an empty Emirates, it could hardly have felt less like the good old days when these were the two strongest clubs in the land and their rivalry produced compelling games full of quality, filth and fury.

After a sterile start, a couple of Portuguese men o’war did their best to generate some heat on a cold evening.

Bruno Fernandes had already tried to buy a penalty from a Cedric Soares challenge and was furious when his compatriot caught him with an arm.

Martin Keown and fellow members of the old guard will have approved as Fernandes pushed Soares and then Granit Xhaka – naturally – decided to become involved.

But it was handbags rather than fireworks, and the match remained low-key for the rest of the opening 20 minutes.

United were looking the more dangerous, particularly down their right where Marcus Rashford against Soares looked like a real mismatch. 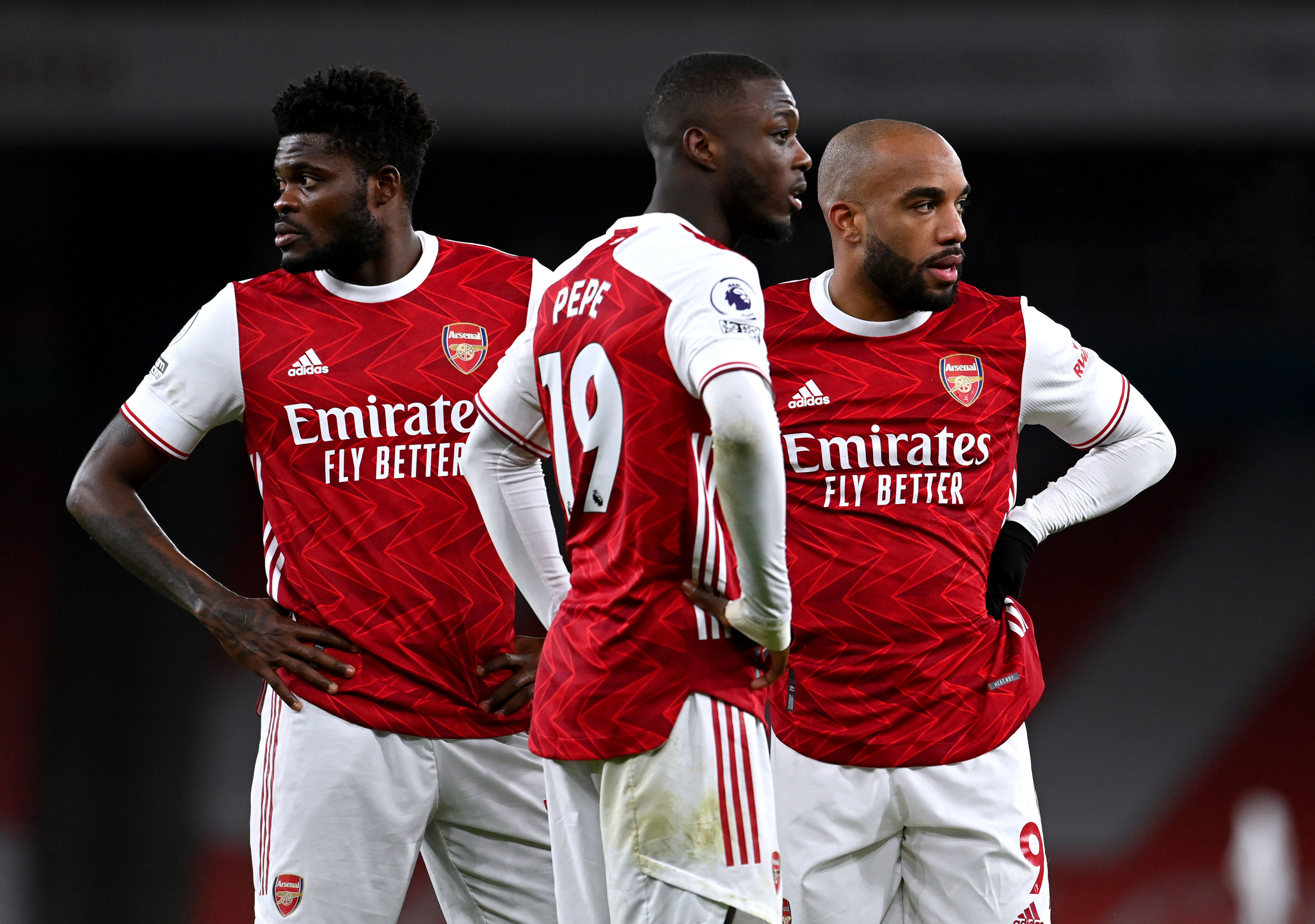 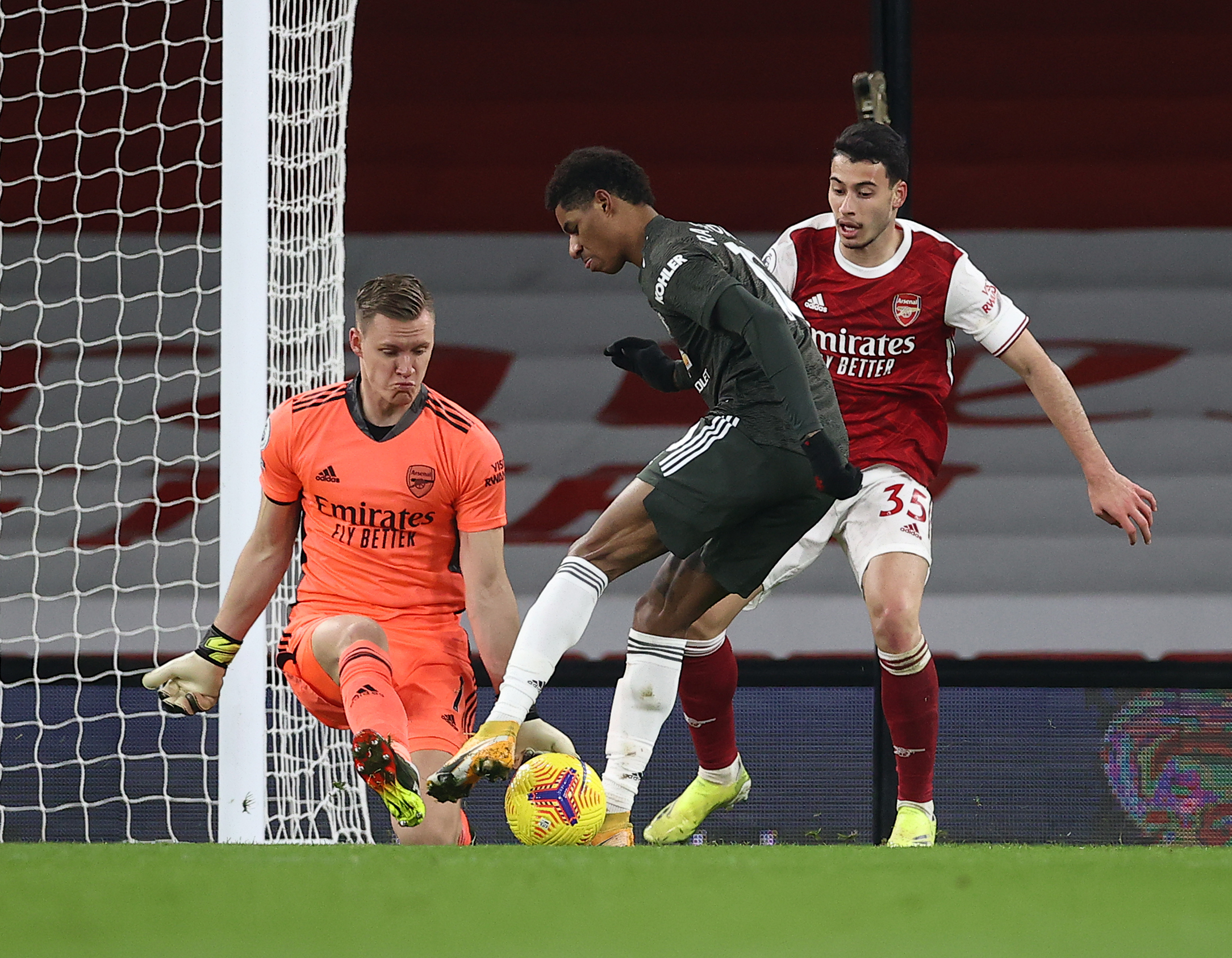 But the final pass was lacking so no clear-cut chances were created.

Arsenal meanwhile were having trouble keeping the ball in their own half, let alone United’s.

On the break Alexandre Lacazette hit a long-range shot straight at David de Gea and moments later Bernd Leno had to make a much better save to keep out Fred’s effort from the edge of the box.

That near thing signalled the end of the phoney war and the start of a more interesting contest, with chances at both ends. But Nicolas Pepe, Aaron Wan-Bissaka and Fernandes all failed to hit the target.

Pogba had been putting in one of those nearly-but-not-quite performances before an injury to Scott McTominay forced him back into a deeper role.

It was probably no coincidence that United then regained control of the game and finished the half in threatening fashion.

Wan-Bissaka had the ball taken off his toe, Rashford couldn’t get it out of his feet for a shot and then Fernandes’ free kick was deflected over the crossbar. 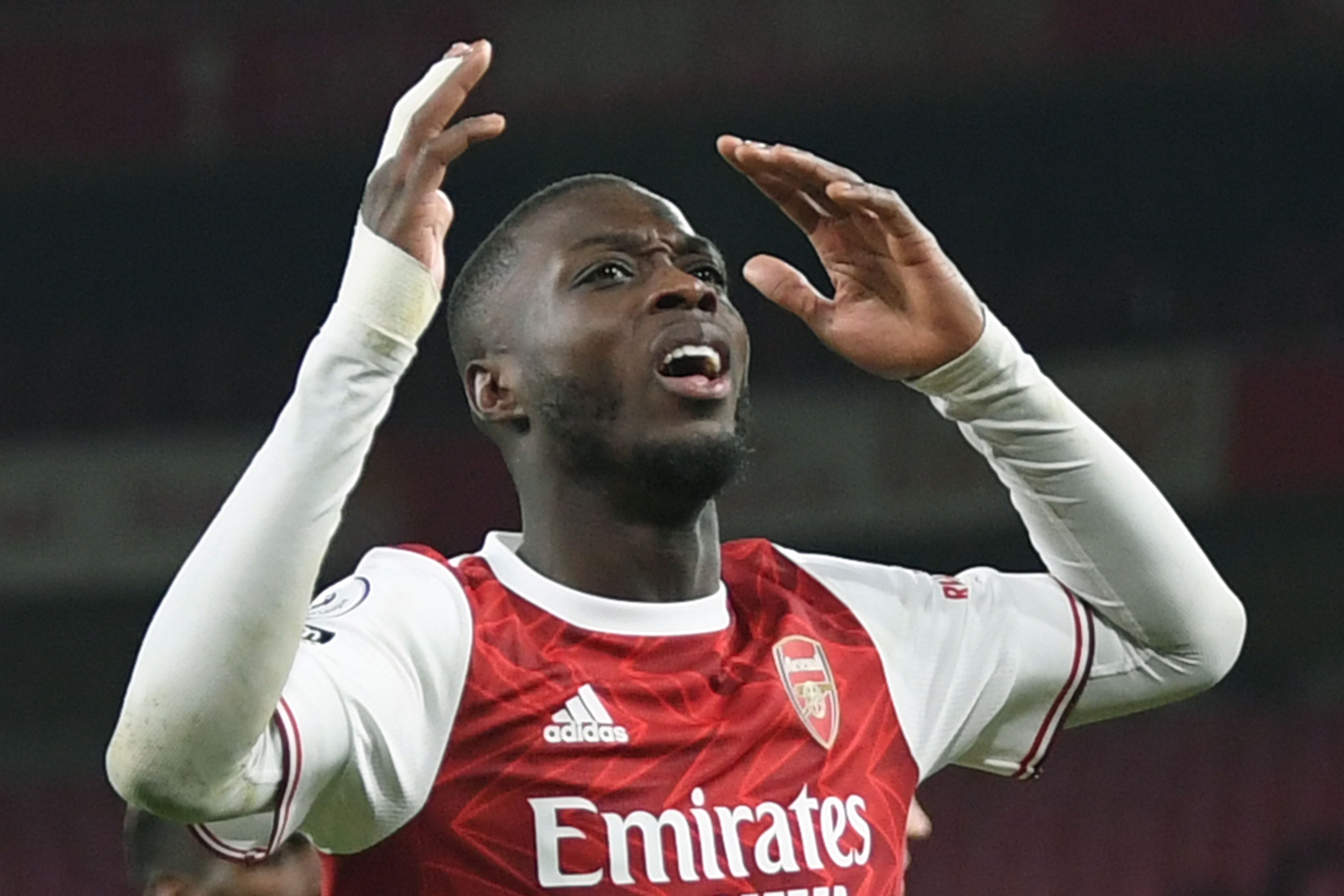 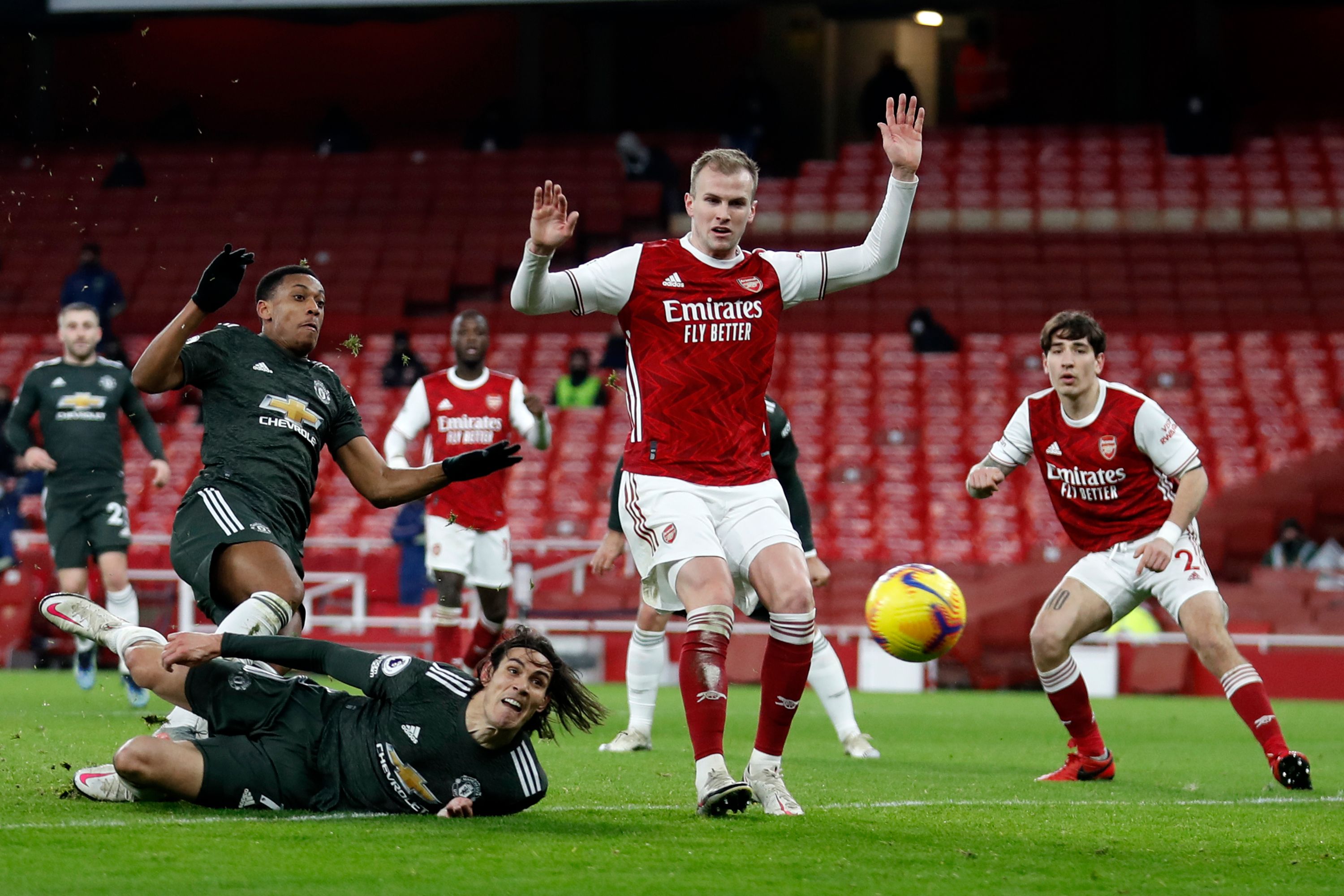 But it was Arsenal who emerged with more purpose. Willian, on at the break for Gabriel Martinelli, took long enough over a shot for Wan-Bissaka to redeem his original mistake with an excellent block. Harry Maguire did the same to a Pepe effort.

Someone needed to produce a moment of magic to break the deadlock and it seemed to have arrived just before the hour.

A fine United move ended with Shaw delivering a tempting cross and Cavani was disappointed not to find the net from close range despite the attentions of Soares.

Back came Arsenal and Lacazette struck the frame of the goal from a free kick, then De Gea beat away a fierce shot by Smith Rowe.

United racked up three yellow cards in the process of trying to keep the home team at bay, but there was not a lot of needle in the game.

Certainly not as much as you would have expected from a clash where there was allegedly a lot at stake.

At the 11th hour, both sides sent on their No11s in search of a winner, but neither Mason Greenwood nor Arsenal debutant Martin Odegaard could deliver.

Close, but no cigar. Which you suspect is the most likely outcome of United’s title challenge.