IN 2012, former BBC Reggae radio host Robbie Lyle took his passion for Arsenal to another level.

Irked by listening to pundits talk about his club, he wanted to hear from the so-called 'real fans' and air them on a YouTube channel he originally christened Arsenal Fan TV. 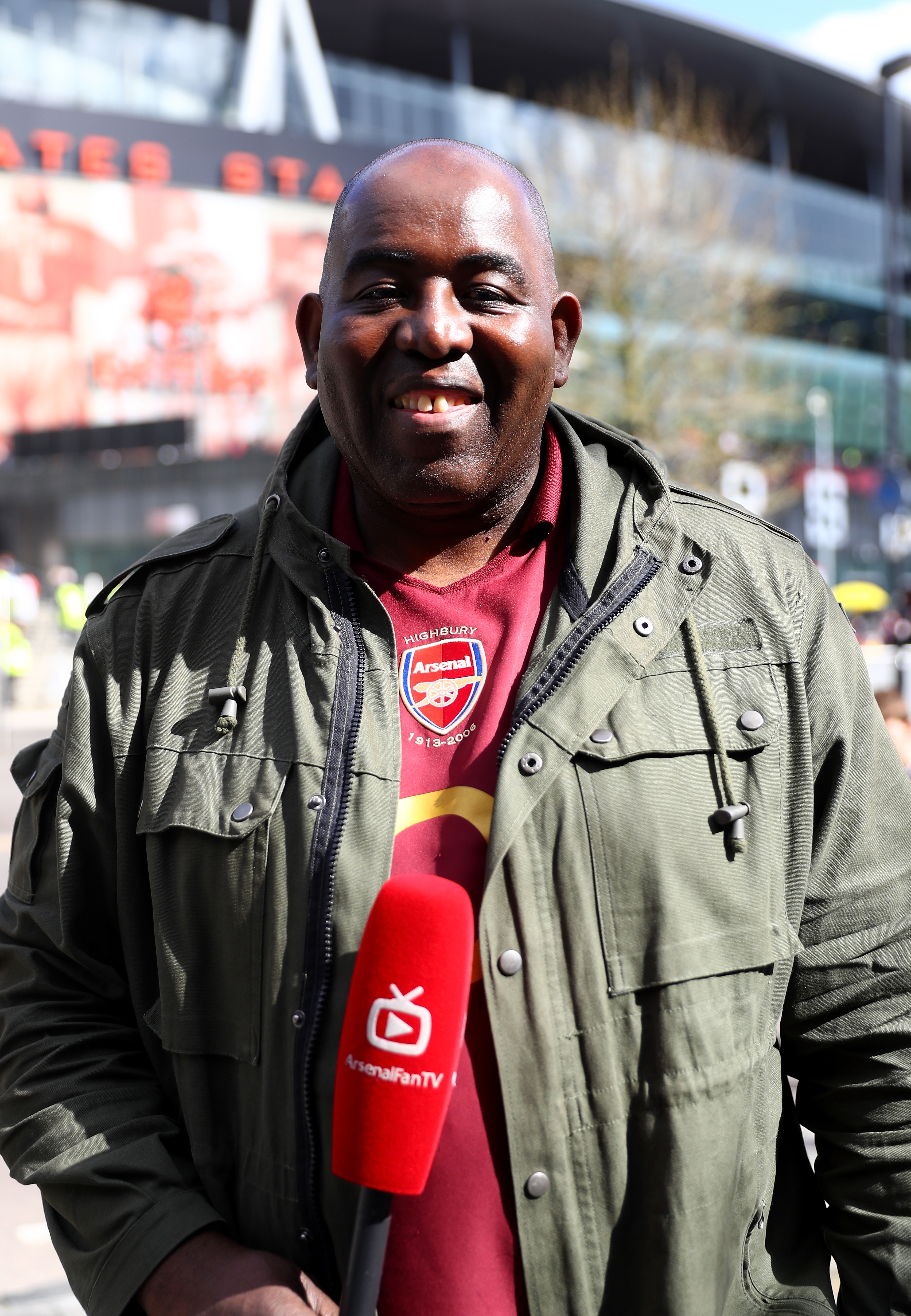 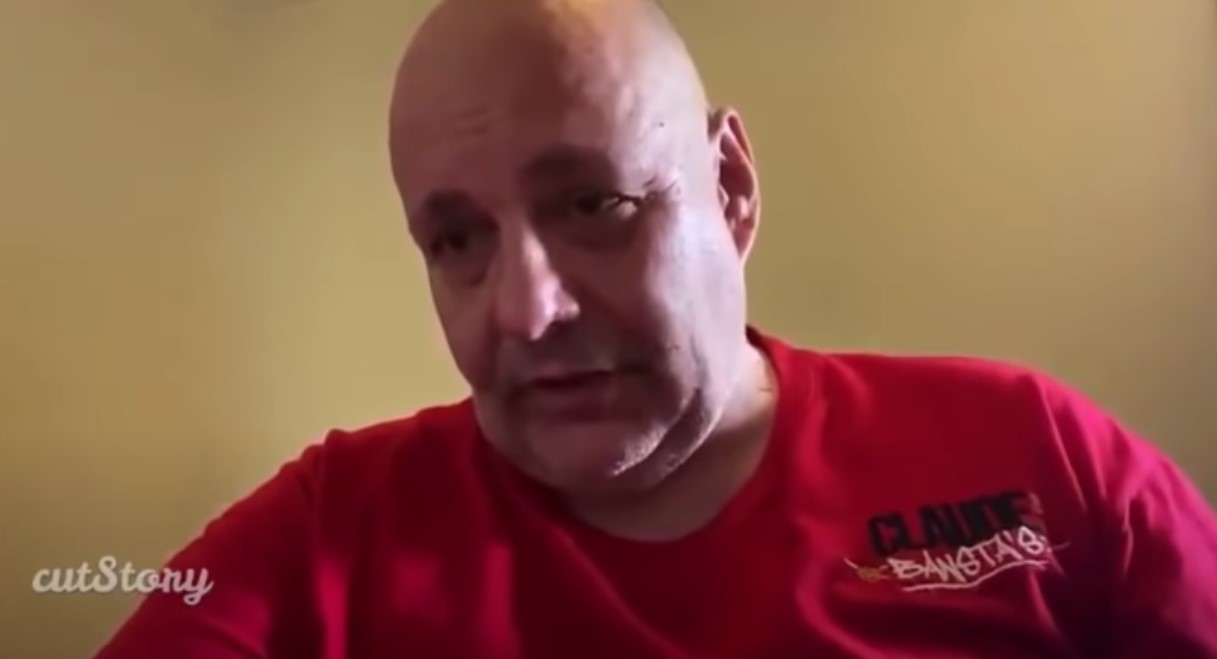 He took his cameraman 'Tao' to the Emirates Stadium and interviewed supporters after a 5-2 win over local rivals Tottenham, which pioneered the future of fans-led TV.

Since then, the channel has grown to 1.18m subscribers, made stars out of Gooners like Troopz, Ty and DT, polarised the club's fanbase, and was forced into a name-change when club officials deemed it detrimental to their brand.

It's latest controversy, airing a racist remark made by AFTV regular Claude Callegari towards Son Heung-min adds to its rap sheet.

While leading goalscorer Piere-Emerick Aubameyang has in the past endorsed AFTV.

ENOUGH OF THE PUNDITS

When Lyle, 47, quit his day job as a surveyor to focus solely on his new project he set out with one aim.

"We've all had enough of the so-called pundits, most of whom aren't even at the games," he told Vice. 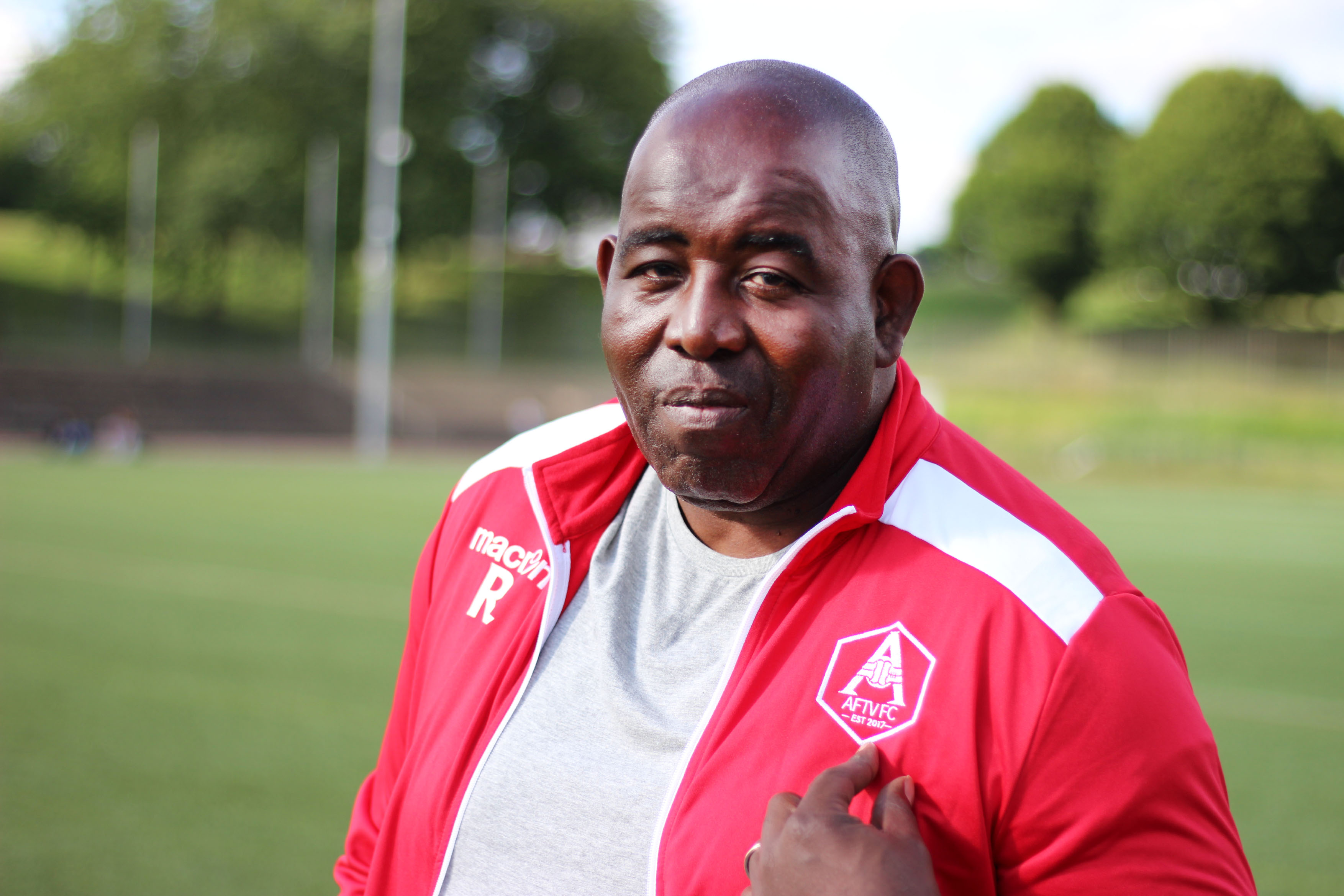 "So I started my own channel to hear from the real fans, with real opinions. That was my aim with the site".

What happened next, he could never have imagined.

Coupled with Arsenal's deteriorating form on the pitch, irate Gooners were getting their voices heard after games.

Lyle and his cameraman would camp outside the stadium and interview anyone who had an opinion on the action they had just seen.

"People didn't want to talk to us at first," Lyle told Joe.

"I'd just ask them that question: 'What do you think?' But as people started to see us doing it more and more, and started to see the quality of what we were producing, to see us getting traction and the videos going out there and making an impact, more people wanted to speak.”

Soon, with results on the pitch going from bad to worse – and Arsene Wenger's longstanding reign being called into question – AFTV had an agenda.

Regulars like DT and Troopz became famous for their rants – backing a 'Wenger out' stance.

It is those angry monologues that, still to this day, are the some of the most viewed on their social media channel. 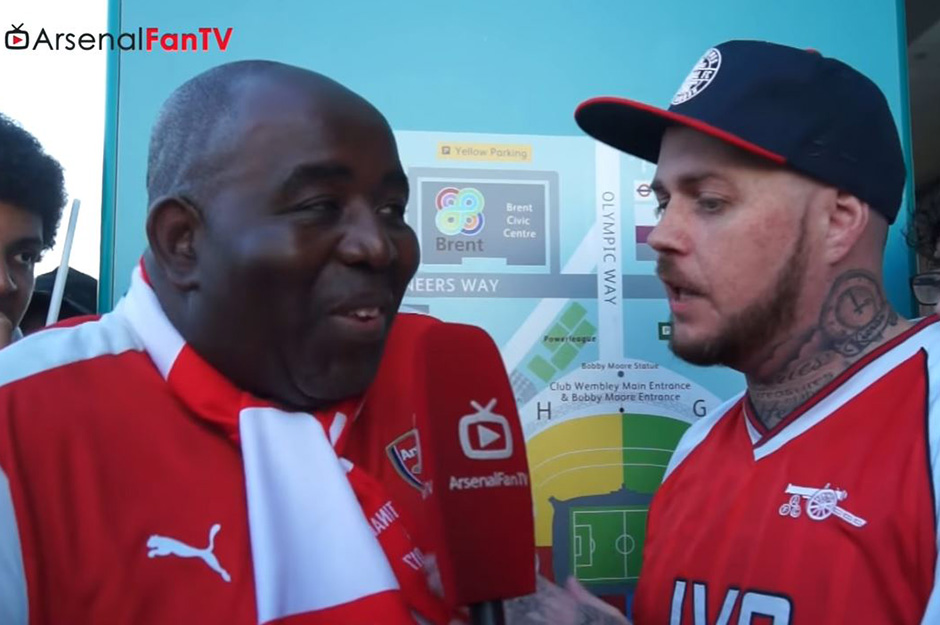 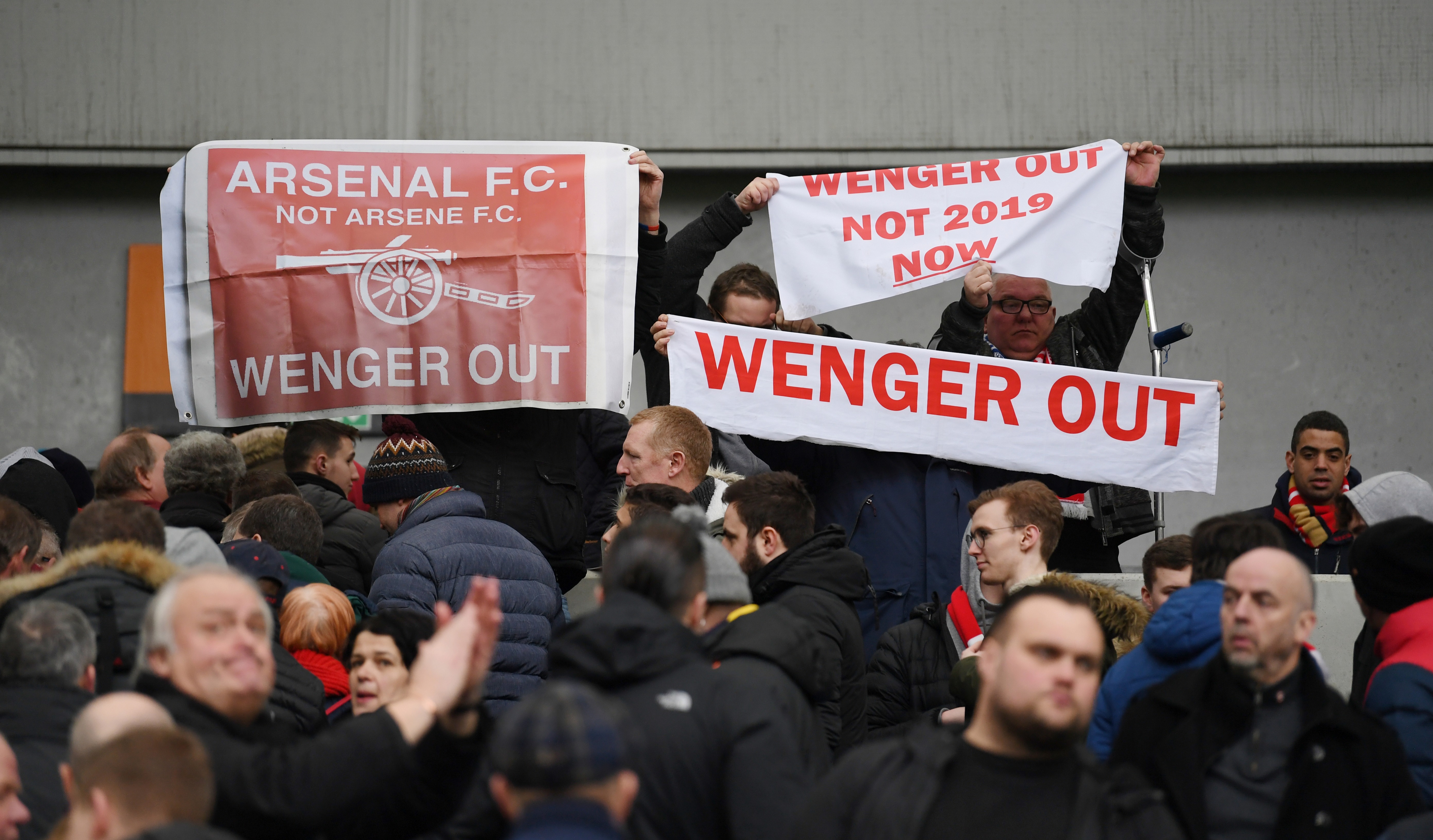 Eventually, they got their wish when Wenger's 22-year stint came to an end in 2018.

And although the French legend didn't name AFTV specifically, his message about Arsenal's fanbase could have been seemed as a subtle dig.

“This club is respected all over the world. Much more than in England," he said.

"Our fans did not give the image of unity that I want at the club. That was hurtful.

"The image we gave is not what it is and not what I like. We can speak about sport.

"You have to accept that you can lose games but it is as well about something more, something bigger than just winning and losing."

CRITICS IN THE GAME

When Hector Bellerin gave a talk to students at the Oxford Union, he was asked about his thoughts on the criticism he gets from AFTV.

And the Spanish defender didn't hold back. 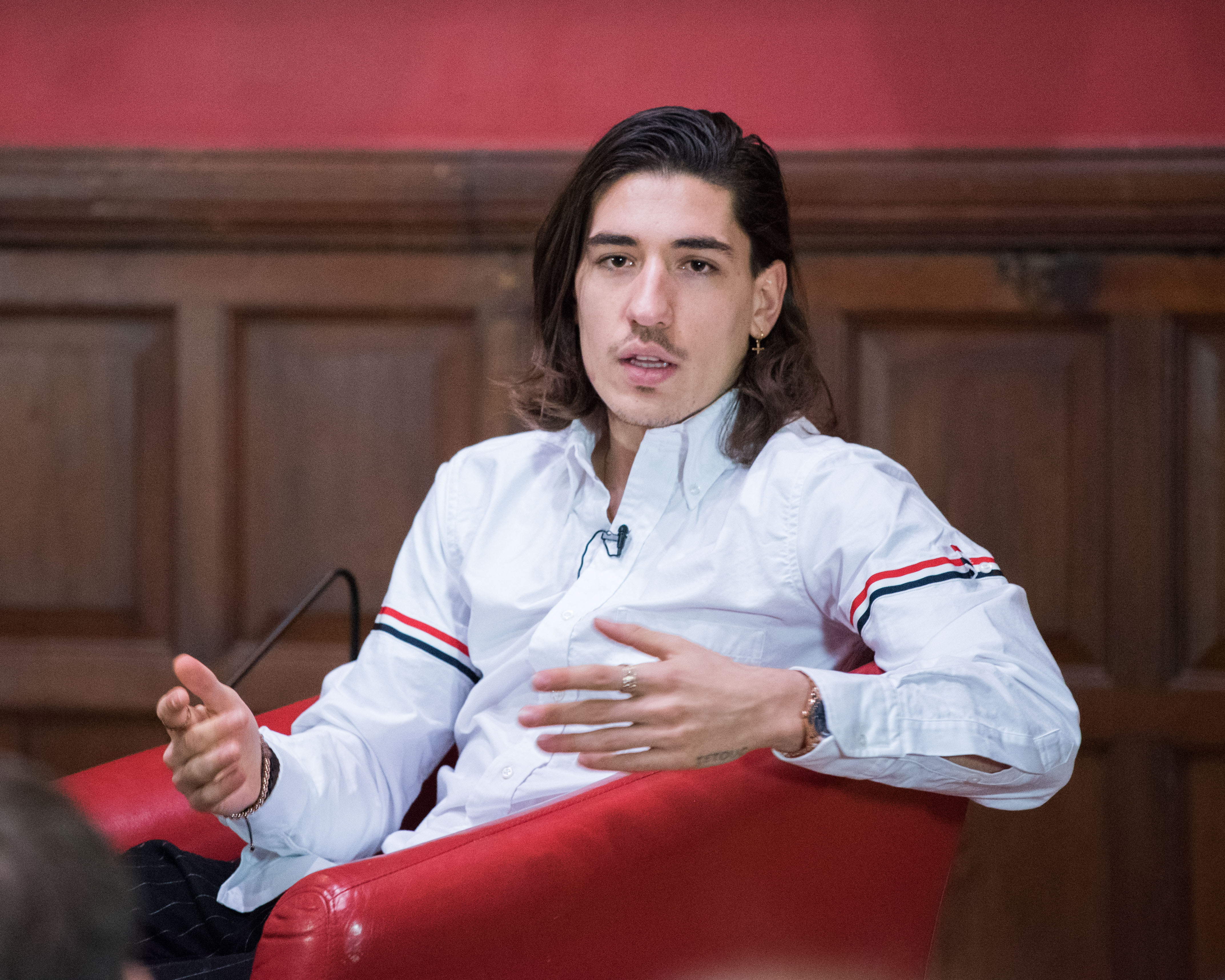 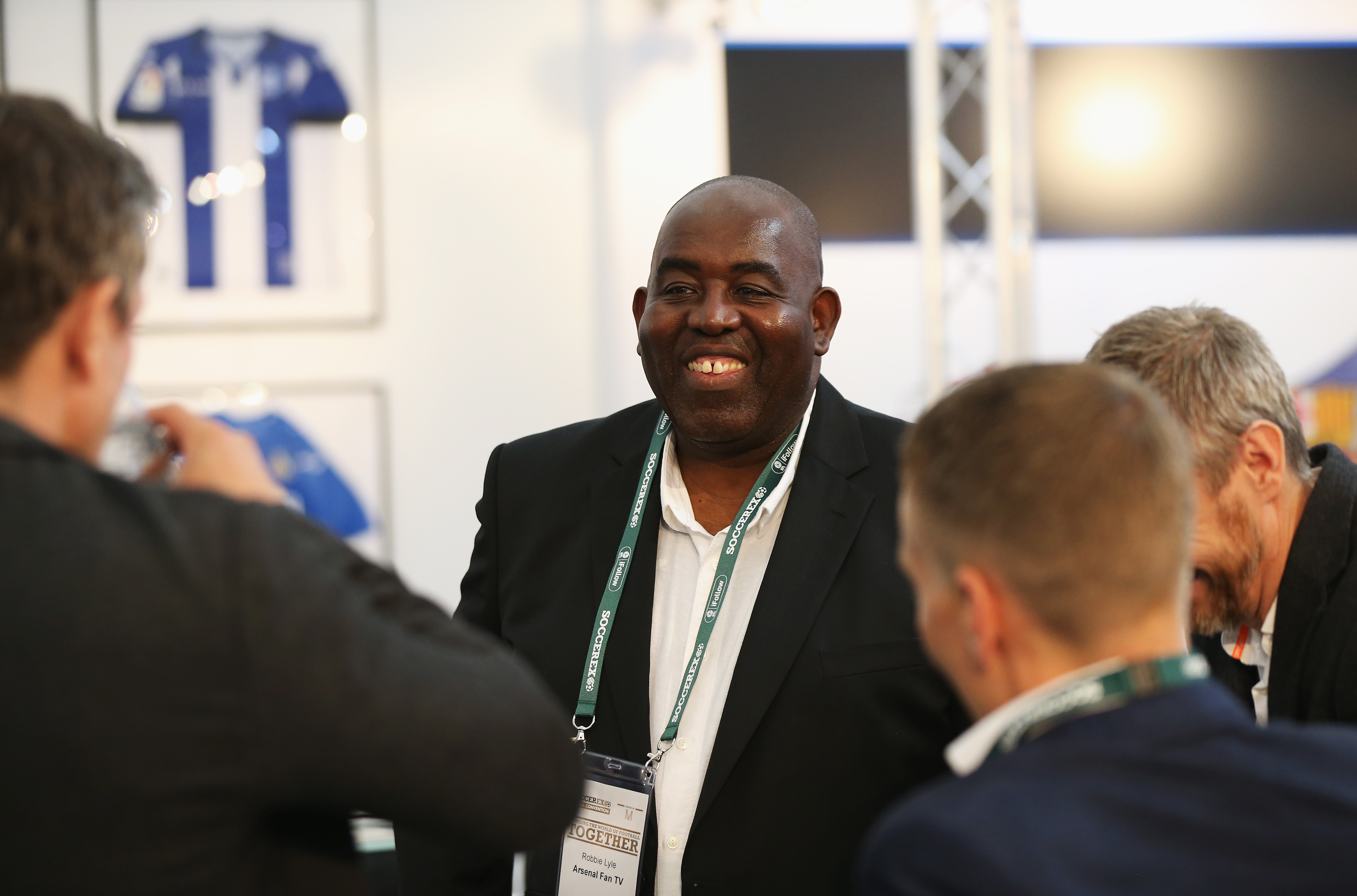 “It does sometimes pop up on your timeline. I see it sometimes, some friends say ‘oh have you heard what that guy on Arsenal FanTV said?’

“It's so wrong for someone who claims to be a fan and their success is fed off a failure. How can that be a fan? There's just people hustling, trying to make money their way, which everyone is entitled to do.”

Sky Sports TV pundit Gary Neville has also been scathing about AFTV in the past, specifically on their treatment of Wenger.

"I walked out the Chelsea ground yesterday and there was a couple of these Arsenal fan TV camera things everywhere and to be honest it was embarrassing listening to it and watching it,” Neville said.

Later, Neville admirably sat down with Lyle to explain his comments about AFTV's public condemnation of the Frenchman.

At the tale end of last year, with the club in turmoil with the sacking of Unai Emery, a group of fans turned on Lyle and his posse after a disappointing 0-0 draw against Everton at Goodison Park.

On sight of AFTV cameras, chants of 'Arsenal fan TV get out of our club!’ could be heard in a clip shared on social media – the very platform AFTV has profited on.

The scene was so toxic, Lyle required a police escort to take him away from the ground.

Lyle fired back to his detractors: “Merry Christmas to those guys who wasted their time.

"You know what there’s about ten or 15 of them who have been piping up from inside the ground, trying to get songs going. I just don’t understand it.

“[Mikel] Arteta’s in the stands. We’re on the verge of a new era. You’d have thought those fans would have loved to get behind the team instead of wasting their time.”

Celebrity Arsenal fan Piers Morgan jumped to the defence of the channel, insisting the only reason negativity was coming out of AFTV is because performances on the pitch were poor.

He wrote on Twitter: “Hate to see this. Few nicer people or more loyal @Arsenal fans than Robbie Lyle. The reason AFTV has been so negative in recent years is that we’ve been utter c*ap. Don’t blame the messengers – blame the owners, managers & players.”

Last November, Aubameyang was forced to issue a defiant statement lashing out at claims that his team-mates were unhappy with his links to AFTV, after he was named captain.

A report by The Athletic claimed the Gabon striker had developed a rapport with the channel, appearing to like a number of their posts on Instagram, including one criticising ex-boss Emery and another in September that said Granit Xhaka should be sold.

Aubameyang's relationship with AFTV's Troopz was also called into question, with reports that he invited the online influencer to his executive box to watch games.

That allegation was further fuelled by Troopz, who posted an image on his Instagram with Aubameyang with the caption: "My captain". 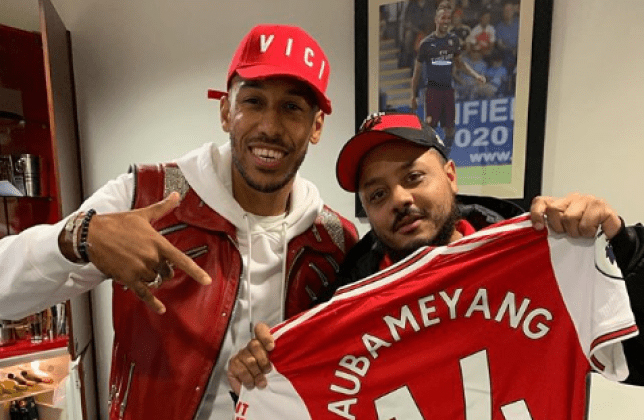 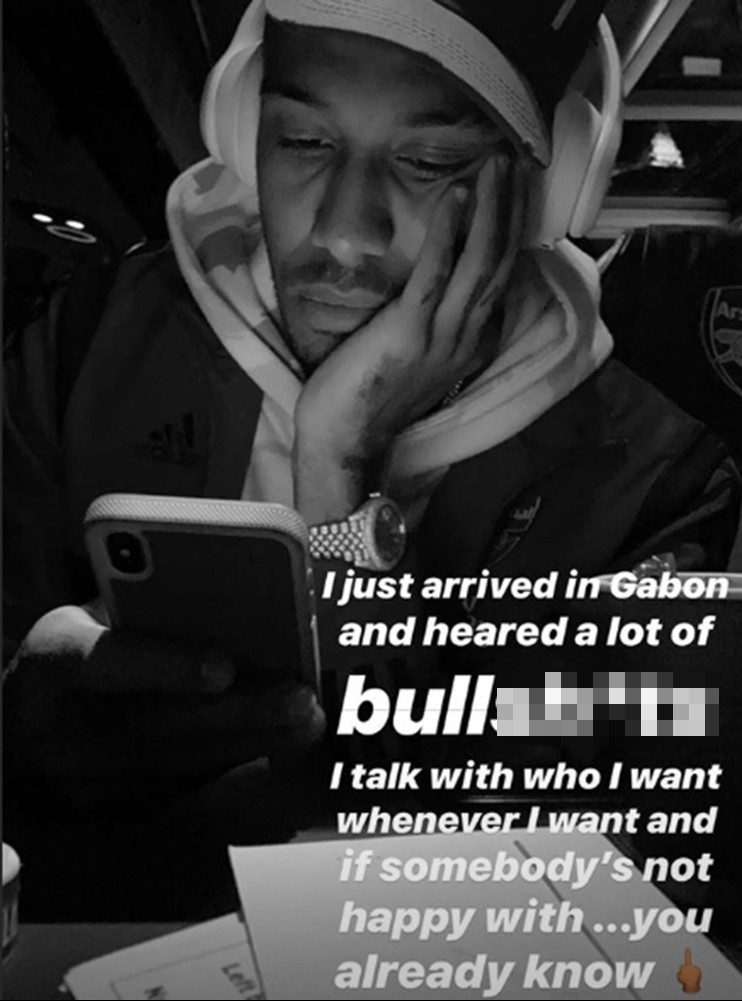 Aubameyang's response to the situation was clear.

He said: "I have arrived in Gabon and heard a lot of b*******. I talk with who I want, whenever I want, and if somebody's not happy with it… you already know."

His statement was followed by the middle finger emoji.

How will AFTV feel if star striker Aubameyang leaves the club in the summer?

No doubt, we will see an angry clip should that day arrive.