Australian Open shambles is turning Novak Djokovic into a martyr 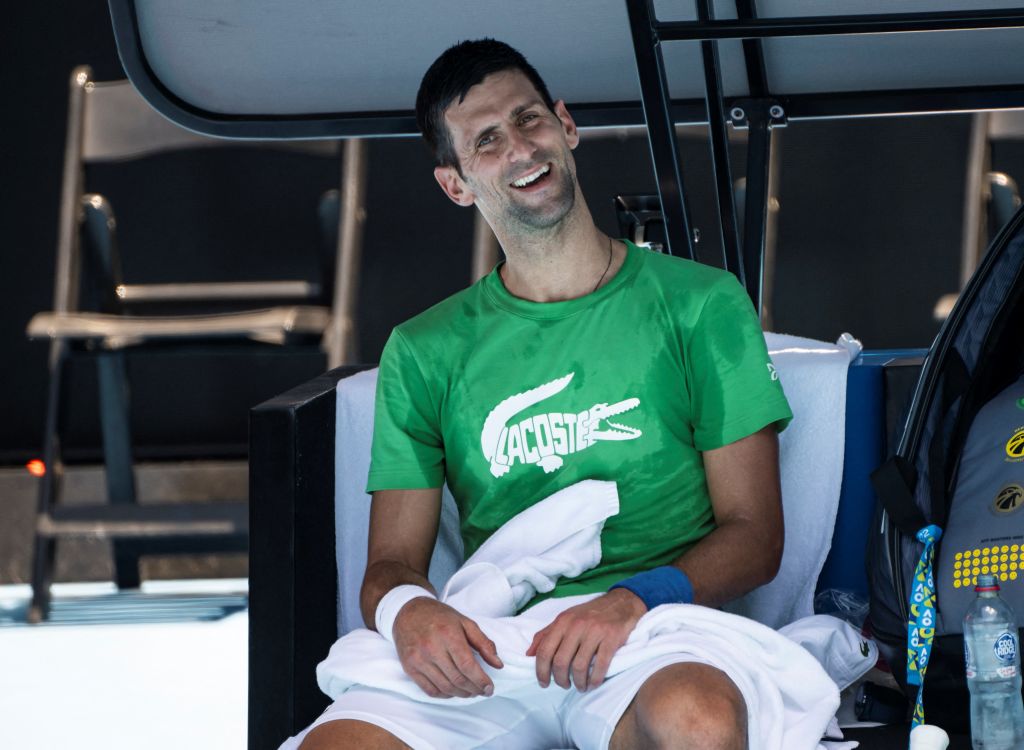 After enduring a lockdown more restrictive than virtually every other western country, it is understandable the Australian public are angry and upset Novak Djokovic is now in their country and unvaccinated for coronavirus.

There can’t be many in Australia who have not endured hardship and distress since March 2020, and they feel the world’s best tennis player is getting preferential treatment.

But did Djokovic just waltz past Australian border officials or did he satisfy the requirements to enter Australia on a medical exemption to the Covid vaccination?

A Melbourne judge has already declared procedures were not followed correctly when the world No.1 arrived and therefore the Australian government should reinstate his visa.

It was left to immigration minister Alex Hawke, a close ally of prime minister Scott Morrison, to decide on whether to deport Djokovic on other grounds.

Djokovic has already admitted some details on his visa entry form were wrong, and this he claimed was down to his agent. He practised at the Puente Romano club in Marbella after Christmas, which he had spent in Serbia, yet his form stated he had not travelled in the 14 days prior to entering Australia.

Would you deport him for that?

If the Australian government give Djokovic his marching orders it would be a very popular move with the voting public. And elections are four months away. The response internationally is mixed. But this should not come down to whether you like Djokovic or not. This should be about trust in authority and the rules being applied fairly.

The reason many people around the world are unvaccinated is not just down to crank theories of conspiracy and world domination by elite cabals. Some people do fall off that cliff edge and, having survived the fall, head for the nearest rabbit hole.

But many of those unvaccinated are likely to have a distrust of what they are told and, when they have had brushes with authority and wider society, they have felt let down or marginalised. There is a danger that by persecuting people who are unvaccinated, you make them less likely to get the jab, which is obviously counterproductive. The concern is Djokovic has not been treated the same as others. If he had been then why was he stopped at the border and yet the Czech player Renata Voracova and an unnamed tennis official were let in under the same medical exemption? Having played in Australia she then had her visa revoked and was deported.

By managing to turn Djokovic into a martyr for the anti-vaccination cause the Australian government, Victorian state government and Tennis Australia have done a disservice to all of us, but mostly to Australians. The whole episode has been a PR and bureaucratic disaster. The impression given is that authorities are confused and their decision-making chaotic.

Just as with the Downing Street parties, whichever side you are on in the Djokovic debate, there is a sense of one rule for them and another one for us. If I was a betting man I would say Djokovic will be on a plane home before the tournament. But who knows what’s next in this embarrassing saga?

■ AS SOON as Novak Djokovic was released from his detention hotel he went to practise at Rod Laver Arena. A day later he returned and as soon as he walked on court the practice session was closed to fellow players and officials. The TV feed from the main court was cut to the player lounge and changing rooms. Many players, some of whom got the vaccination just so they could play the Australian Open, think Djokovic may have ‘got away with it’. There is locker-room resentment towards him. Meanwhile, Novak’s mum and dad remain his greatest source of comfort. They have at times likened him to Spartacus, the Roman slave who challenged an empire, as well as Jesus Christ. I just see him as really good at tennis.

Rafa under the radar but Daniil a threat

Rafa Nadal has just won the 89th tournament of his career in Melbourne.

It is the 19th year in succession he has won a tour title and while all the focus on being the greatest male player of all time has fallen on Djokovic, the Spaniard may emerge in a little over two weeks as the first man to win 21 grand slams.

But the most recent man to win a major is Daniil Medvedev, who beat Djokovic to win the US Open final and he is my favourite to take the title in Melbourne.

Ash Barty, playing in front of her adoring home crowd, is the player to beat in the women’s singles. As laidback as she is talented, if she can cope with expectations, she can use the fans to lift her during difficult moments.

There is no Serena Williams in the draw and it now seems unlikely she will add to her tally of 23 grand-slam singles titles. Former world No.1 Simona Halep looks in perfect condition now she is not hampered by injury and might like the hot conditions.

And for fans of defending champion Naomi Osaka it will be a delight to see her back on court after her mental-health issues.

Don’t worry about Emma, she is brilliant

I would have expected this Australian Open preview column to be about our grand-slam champion Emma Raducanu (above), BBC Sports Personality of the Year and commercial darling of airlines, jewellery companies and couture designers.

To her great credit she has said there is much to learn as she seeks to establish a consistent presence at the top. Lesson No.1 for 2022 was delivered in her first match in Sydney where she was hammered 6-0, 6-1 by the experienced Elena Rybakina, No.13 in the world to Emma’s 19.

After the match there was no moping around feeling sorry for herself. Raducanu went straight to the practice court with new coach Torben Beltz. Ultimately, she will be fine but after the start she made to life on tour it may be the only way is down for a while. Don’t worry about it, Raducanu is brilliant.