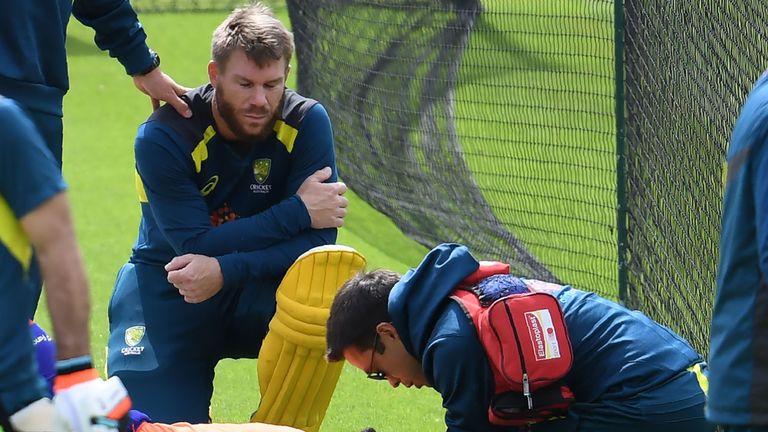 A local net bowler was taken to hospital after being hit on the head by a shot from David Warner during Australia’s practice session at The Oval on Saturday.

The player, understood to be club cricketer Jaykishan Plaha, was conscious and talking as he was taken via ambulance to St Thomas’ Hospital in central London.

“The net bowler has been taken to hospital as a precautionary measure because it was a head injury,” ICC venue manager Michael Gibson told reporters. “He was conscious and smiling as he was taken off.”

A visibly shaken Warner took time out of the training session before returning to the nets later on.