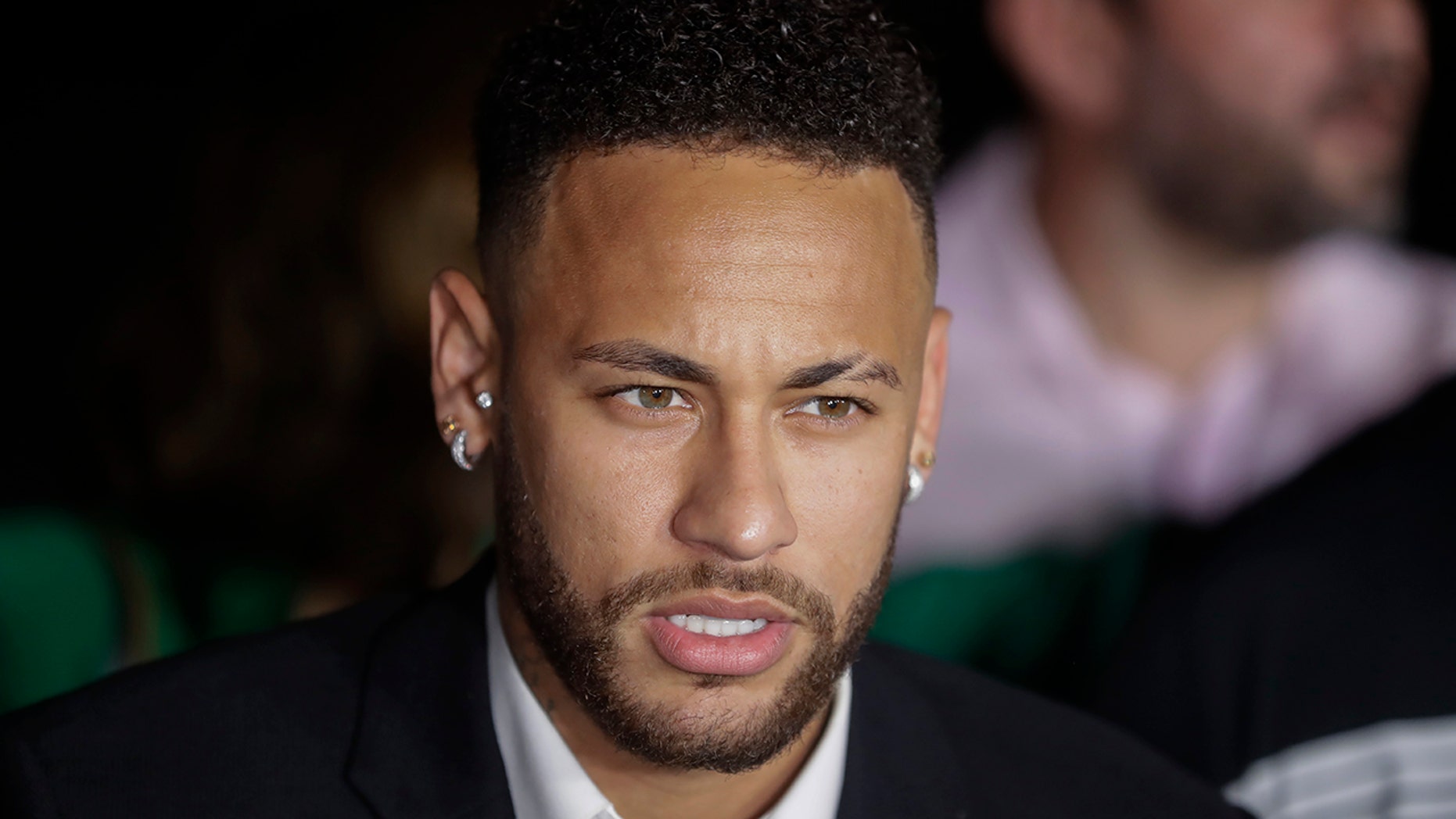 Brazil’s soccer player Neymar speaks to the press as he leaves a police station where he answered questions about rape allegations against him in Sao Paulo, Brazil, Thursday, June 13, 2019. Neymar denies any wrongdoing. (AP Photo/Andre Penner)

A Brazilian model who has accused soccer star Neymar of raping her in a Paris hotel testified a second time to police in Sao Paulo on Tuesday, and her lawyer said he may request a face-to-face encounter between the two.

Najila Trindade testified earlier this month to Sao Paulo police and on Tuesday continued her deposition with a new lawyer, the fourth to represent her since she filed charges against Neymar on May 31.

The attorney, Cosme Araujo, said they "want to find the truth" about what happened in May in Paris. Speaking of his client's emotional state, he said Trindade "doesn't stop crying."

Neymar denies the accusation. He testified to police last week.

The Brazilian model spent more than seven hours in the Sao Paulo police station and left in a truck surrounded by journalists. She did not speak to the media.

Her lawyer told reporters that if necessary he might ask for a face-to-face encounter between Neymar and his client.

"I even said that I will 'innovate" and – if necessary – I will request a confrontation (between them) because what the Brazilian people want to know, and what the world wants to know, is what happened between four walls," he said.

The AP doesn't name alleged sexual assault victims unless they make their identities public, which Trindade did in interviews with Brazilian television.

Neymar is also being investigated for publishing images of his accuser on social media without her authorization.