FOX Sports’ Jen Hale previews the matchups for Week 7 in the NFL.

The Cleveland Browns came into their Week 7 game against the Denver Broncos on Thursday night hampered by injuries to almost every position on the field.

Next man up mentality was key and Cleveland delivered. 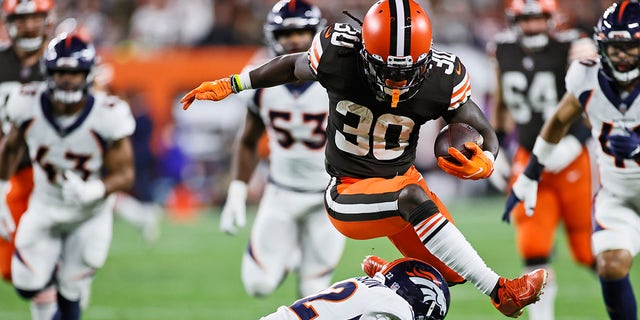 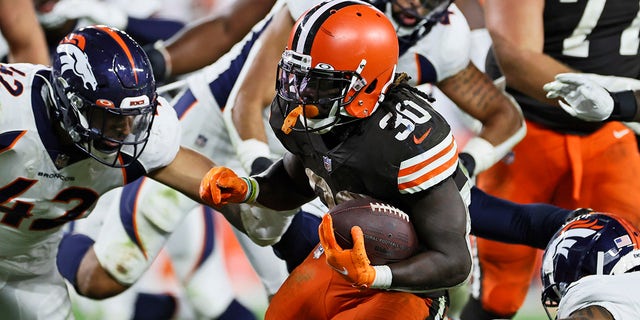 Cleveland Browns running back D’Ernest Johnson (30) carries against the Denver Broncos during the second half of an NFL football game Thursday, Oct. 21, 2021, in Cleveland. The Browns won 17-14.
(AP Photo/Ron Schwane)

Before Johnson signed with the Browns, he was working as a fisherman in the Florida Keys. Andrews asked whether he thought any of this was possible while he was fishing.

“Playing in the NFL was always my dream. But being on the fishing boat and just … coming where I come from, man, it’s a blessing. Not too many people make it out with what I did and I just got to give thanks to God because without him, like I say, I wouldn’t be here. I’m just soaking it all in and being thankful for the opportunity.”

Case Keenum played as well as the Browns could’ve hoped for. Starting for an injured Baker Mayfield, he was 21-for-33 with 199 passing yards and didn’t throw an interception. Jarvis Landry had a team-high five catches for 37 yards. Johnny Stanton had Keenum’s one touchdown pass. 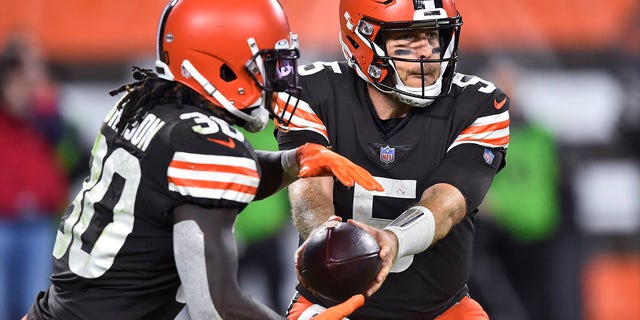 Cleveland Browns quarterback Case Keenum (5) hands the ball off to running back D’Ernest Johnson (30) during the second half of the team’s NFL football game against the Denver Broncos, Thursday, Oct. 21, 2021, in Cleveland.
(AP Photo/David Richard)

Broncos quarterback Teddy Bridgewater was 23-for-33 with 187 passing yards, two touchdowns and an interception. Courtland Sutton had five catches or 68 yards. Javonte Williams and Melvin Gordon III each had touchdown catches in the loss. 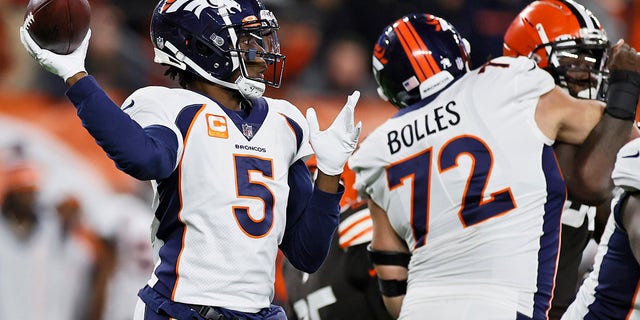 Denver Broncos quarterback Teddy Bridgewater throws during the first half of the team’s NFL football game against the Cleveland Browns, Thursday, Oct. 21, 2021, in Cleveland.

The Browns move to 4-3 on the season. Denver drops to 3-4 with four consecutive losses.