The Kellyville Ridge Cricket Club should be a hive of activity at this time of year. In a normal world, the summer season would be in full swing, and the fields and nets across Sydney’s west would be buzzing after school and on weekends.

But like many community sporting clubs across NSW, they are in a state of suspended animation. Nobody can tell them when the season can start, or what it will look like when it does. Players aren’t willing to commit until they know. For a club that draws its volunteer workforce from players’ families, it means more work for fewer people. 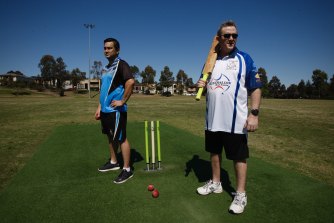 The club isn’t blaming anyone, but the costs of this extended hiatus – financial, physical, emotional – are mounting.

Usually they have 160 kids registered for junior cricket, enough for 14 teams. But now there are only 84 signed up. The Woolworths Blast program for children between five and 10 has been cancelled. Senior numbers are down, too, which means no two-day games played across two weekends – just like last season.

“It might sound trivial but it is actually an additional cost to do that,” said Ryan Hutton, Kellyville Ridge’s Woolworths Blast and senior club co-ordinator.

“A two-day game, with one innings per side, is one cricket ball. You’re now having to provide a cricket ball every week because you’re playing one-dayers. That little cost is an extra $400 per team we’re having to fund as a club.”

These “trivial” expenses add up. According to a new survey by the Australian Sports Foundation (ASF) on the impact of COVID-19 on community sport, around 9000 clubs across the country are at risk of going bust. Nearly 83 per cent of respondents reported lost revenue this year and their usual streams – sponsorships, fundraising and memberships – unable to be accessed. Participation (43 per cent) and volunteering (42 per cent) are both down, but 88 per cent of clubs say their costs have stayed the same or, for 47 per cent of them, have actually gone up.

The survey was conducted over June and July, before the full extent of the lockdowns across NSW, Victoria and the ACT, which suggests the results may be understating the full repercussions of the pandemic on sport.

Kellyville Ridge will find a way to weather the storm, Mr Hutton reckons, but it won’t be easy. Their sponsors, which are mostly local retail and hospitality businesses, are battling too. The season is likely to be cut in half, but the council is yet to confirm any reduction to ground hire fees.

“We’re going to get through it OK, but we will need to start tightening our belt a little bit in terms of how we actually go about subsidising coaching programs and buying extra equipment or merchandise,” he said.

‘This isn’t just about a footy club, or people who can’t play their cricket. This is the building blocks of society.’

“Kids love merch … [but] we will probably have to cut back on that. We’ll say as a club, these are our fixed overhead costs and we have to do away with our variable overhead costs in order to remain sustainable. We’re going to have to increase our fees.

“Things like ground hire, they have inflationary pressure. Those things keep going up, but if our participation rate is static or drops, it means that the cost per player has to go up.”

The toughest pill to swallow, Mr Hutton said, was finding what the NSW government will allow once the state hits the 70 per cent double vaccination milestone – and what they won’t. The road map doesn’t include community sport, not even in regional communities with no cases.

“We can go to a pub indoors and drink with people but we can’t play sport outdoors. It makes no sense,” he said.

“We saw last weekend that beaches were full in Sydney. The health minister came out and said outdoors is the best place for people to be, it’s less risk, and yet they haven’t changed their position [on community sport].

“What’s the difference between 20 people on a cricket field and 2000 people on Bondi Beach? The answer’s zero. To me, they have not thought this through.”

The ASF, which facilitates tax-free fundraising for sporting clubs through their website, is appealing to the public and the private sector for financial support that will keep clubs alive.

“If we let 9000 clubs go under, which is what the clubs are telling us – that they’re at risk of financial insolvency – we’re going to have a bigger crisis on our hands, particularly in our youngsters.

“Australians generally give around $10.5 billion a year in philanthropic giving. Only about 0.5 per cent of that is given to sport. What we’re really saying is investing your donations in sport is a great way to re-build the health and cohesion of your community.”