Canelo, 28, beat Daniel Jacobs, 32, in Las Vegas on Saturday night to add the IBF title to his WBC and WBA middleweight crowns. 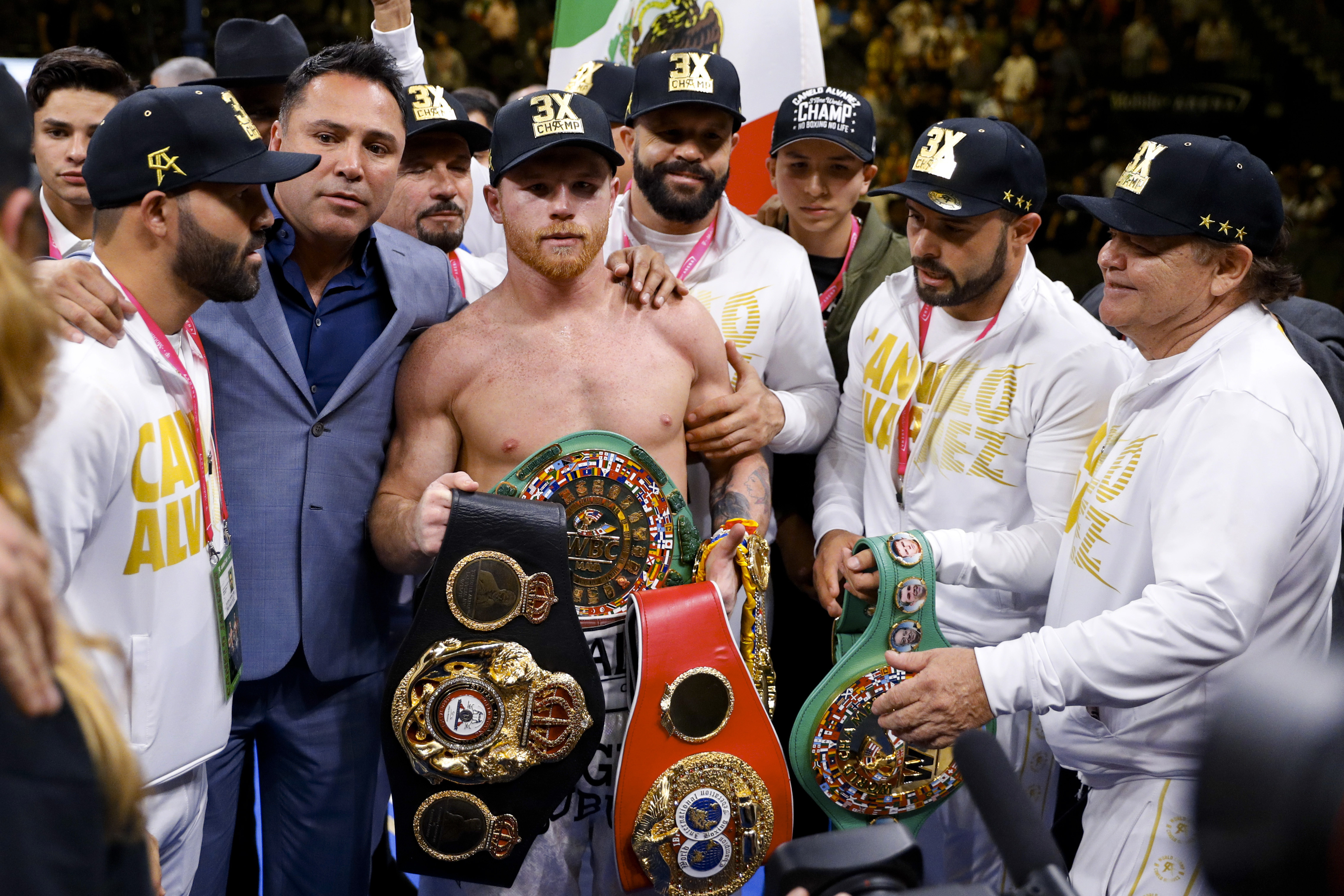 After the win the ginger haired maestro was captured holding his collection of belts and fans likened the champion to Thanos from Marvel's Infinity War.

In the Avengers film Thanos collects infinity stones to conquer the universe – and fans joked that Canelo is collecting belts to rule boxing.

Another said: "Canelo is Thanos in the middle weight division collecting all the belts like infinity stones."

One commented: "Canelo has one more belt to collect to be undisputed he is the thanos of the boxing world let’s go."

Another commented: "Canelo has all four infinity belts he is now thanos."

Most Read in Boxing 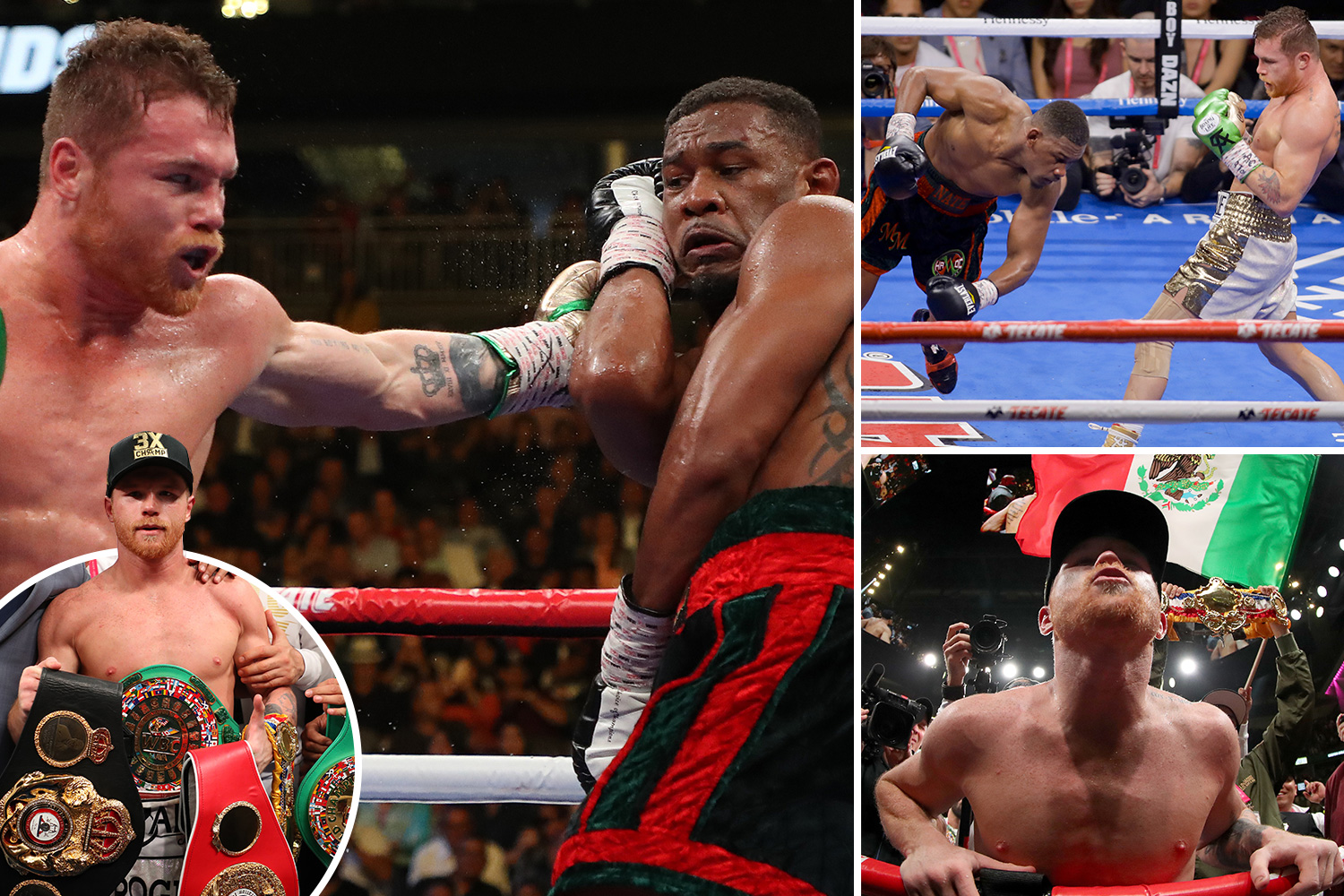 After claiming another world title, the 28-year-old unified champion said he is open to a trilogy bout with Gennady Golovkin as well as looking for the WBO title that is missing from Alvarez’s collection.

Canelo said: “I'm just looking for the biggest fights and the biggest challenge. That's what I want for my next fight.

“I don't think me and Golovkin have any unfinished business. For me it's finished but I will fight him again if they want it and I will beat him again.”