Home » Sport » Cause of Tiger Woods' car crash determined, but truth may never be revealed

Cause of Tiger Woods' car crash determined, but truth may never be revealed 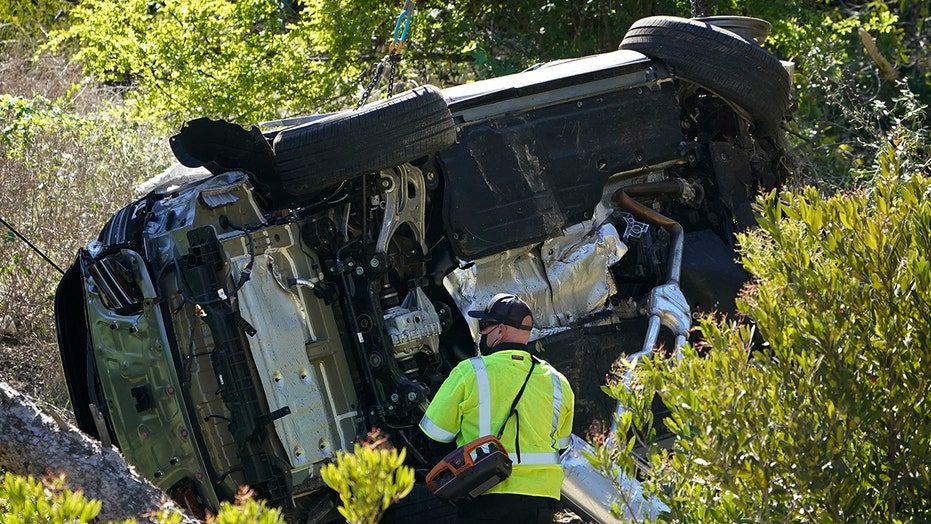 The cause of Tigers Woods’ car crash last month has been determined.

However, the Los Angeles County sheriff said that detectives would not release details of the crash on Wednesday due to privacy concerns for Woods, who suffered significant injuries in the Feb. 23 crash.

Woods is now recovering from multiple surgeries in Florida.

Woods hit into a raised median at approximately 7 a.m. local time in Rolling Hills Estates, which is just outside of Los Angeles. The car Woods was driving — a Genesis SUV — crossed two oncoming lanes and hit a tree on a downhill part of the road that police said is known to be the cause of many crashes.

Detectives obtained a search warrant for the data recorder of the 2021 Genesis GV80 SUV, but sheriff Alex Villanueva would not specify what kind of information was found in the black box.

“A cause has been determined, the investigation has concluded,” Villanueva said during a live social media event on Wednesday. He added that investigators need permission from Woods to release the information.

TIGER WOODS ‘KNOWS HE IS VERY LUCKY TO BE ALIVE’ AFTER LOS ANGELES CAR CRASH: REPORT

“We have reached out to Tiger Woods and his personnel,” Villanueva continued. “There’s some privacy issues on releasing information on the investigation so we’re going to ask them if they waive the privacy and then we will be able to do a full release on all the information regarding the accident.”

The Associated Press reported that it reached out to Woods’ agent, Mark Steinberg, but he did not respond to an email for comment as of Wednesday afternoon. According to Greg Risling, a spokesperson from the Los Angeles County district attorney, no complaints against Woods have been filed to their office involving Woods and the crash.

“We have all the contents of the black box, we’ve got everything,” Villanueva said. “It’s completed, signed, sealed, and delivered. However, we can’t release it without the permission of the people involved in the collision.”

Villanueva called the crash “purely an accident.” The sheriff has been criticized for some of his past comments, especially after he said that there was no evidence of impairment.

Woods said that he did not know how the crash happened, and he didn’t remember driving. When a witness first approached the scene of the crash, Woods was unconscious, but a sheriff’s deputy said that Woods was in a state of shock and was able to answer simple questions.

Detectives didn’t obtain a search warrant for Woods’ blood samples, which would have revealed if drugs and alcohol were in his system. In 2017, Woods checked himself into rehab for dealing with prescription drug medication after he was charged with a DUI in Florida.

While Woods recuperates it is uncertain when he can return to golf. Since he was a 16-year-old in high school, he’s never gone a full year without playing golf.