Champ in action at Newbury

Nicky Henderson was thrilled to see Champ enhance his Cheltenham Gold Cup credentials in defeat after finding only Sceau Royal too strong in the Betfair Game Spirit Chase at Newbury.

Having been off the track since claiming a last-gasp victory in what is now the Brown Advisory Novices’ Chase at last season’s Cheltenham Festival, the JP McManus-owned Champ was originally due to make his long-awaited return in the three-mile Betfair Denman Chase.

However, with Newbury’s Betfair Super Saturday card pushed back eight days after the original fixture was frozen off, Henderson made the surprise decision to instead run Champ over an extended two miles in the Game Spirit, due to the meeting’s proximity to the Festival.

Ridden forward by Nico de Boinville back over this shorter trip, Champ travelled with zest and jumped with accuracy, before eventually being reeled in by Alan King’s proven two-miler Sceau Royal (3-1 favourite) and Daryl Jacob.

“He’s enjoyed himself there and he’s clearly not slow,” said a delighted Henderson. “The great thing was his jumping – it was deadly – and that will have done him the world of good. 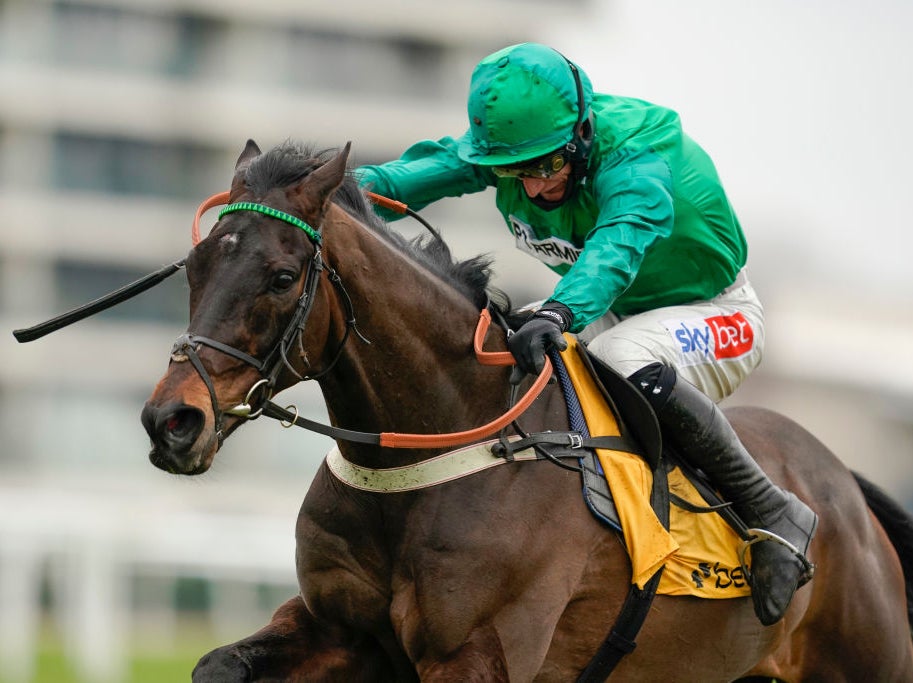 “We boxed him over to Henrietta Knight’s the other day and he’s gone three times either way in the loose school. That (his jumping) needed ironing out and it clearly worked.

“He’s an exciting horse and much better on a racecourse than at home. You wouldn’t give two and sixpence for him on the grass gallop, but when he gets to the racecourse it’s like flicking a switch and he’s on the case full wallop!

“He’s got so much natural pace and he’s versatile. It was better to give him a kinder race today than go three miles, but on the evidence of the RSA last year, we know he stays.”

Bookmakers were clearly impressed by Champ’s display in being beaten just two lengths, making him their second-favourite behind dual winner Al Boum Photo.

Henderson added: “He was on the bridle until the second-last and now we have two days short of a month until the Gold Cup. We are now very much looking forward to Cheltenham with him.”

King was understandably proud of the admirable Sceau Royal, who was winning for the third time this season, having previously landed the Welsh Champion Hurdle at Ffos Las and the Elite Hurdle at Wincanton.

The nine-year-old, who fell on his most recent outing in the Desert Orchid Chase at Kempton, is entered in both the Queen Mother Champion Chase and the Champion Hurdle at Cheltenham next month, but is not certain to line up in either.

King said: “He’s a wonderful little horse and it’s great for the owners, as they had a bad day yesterday, losing poor old L’Ami Serge.

“I’m not sure what happened to him at Kempton last time – it was so out of character for him to end up on the floor. He jumped absolutely super today, didn’t he?

“Whether he goes to Cheltenham will be very much ground dependent. If it’s soft ground we’ll wait – there’s the two-and-a-half-mile race at Aintree (Melling Chase) and the Celebration Chase at Sandown, so we’ll see.

“I’m not saying he won’t go to Cheltenham, but we would need it to dry out quite considerably, which can happen. We’ll enjoy today.”