The high-flying Blues equaled their longest ever unbeaten run of 25 top-flight games, thanks to goals from Maren Mjelde, Sam Kerr and Fran Kirby – to remind their rivals why they’re holding the WSL crown. 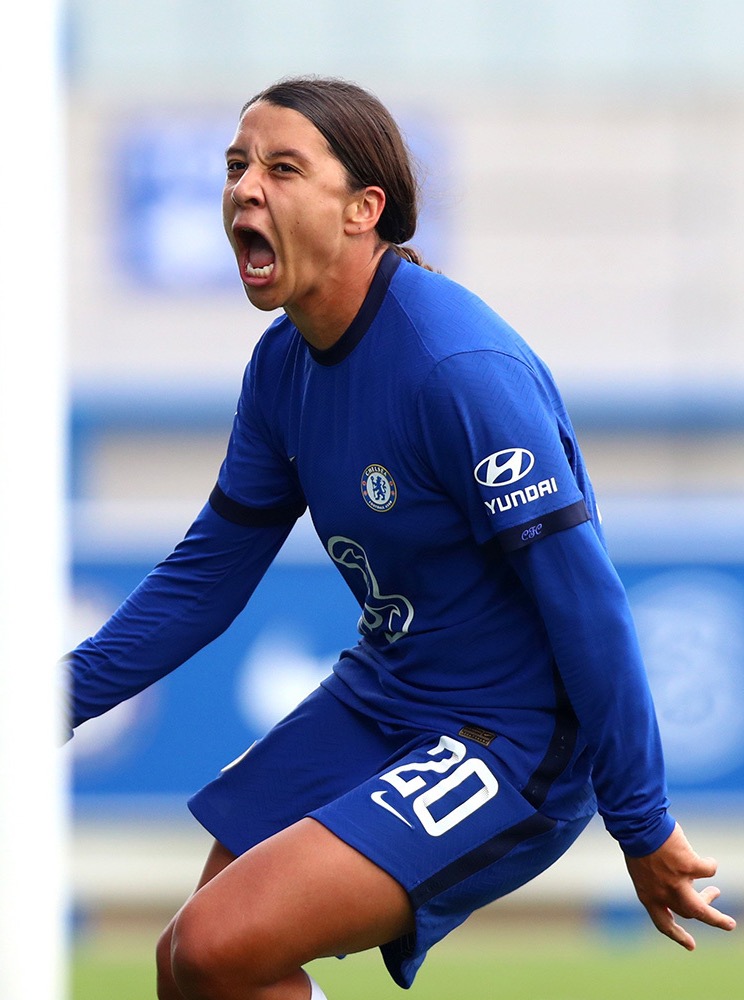 Scottish international Cuthbert was the star of the show after making Bronze look like a mouse at right-back as she repeatedly broke free to set up chances – including Kirby’s cool tap in.

Emma Hayes said: “You tell me another footballer in the world like Erin,

“I don’t know what she eats for breakfast but she’s like a hound dog, a permanent pest, constantly driving her heels – and we’re talking about a world class player in Lucy Bronze.

“What a performance from our little Scot. I love that human, I love that player because she’s prepared to do all the s****y jobs and she does it at the top level. "

The hosts breakthrough came after referee Rebecca Welch pointed to the spot as the ball appeared to have struck a leaping Demi Stokes on the top of the arm.

Yet it came in a storm of controversy as the replay showed the ball actually hit her hip.

Cue mayhem on the Citizens' bench – as Ellen White was also wrongly booked before Stokes was handed a yellow.

Ice-cool Norwegian midfielder Mjelde stepped up and made no mistake as she hammered home her 36th minute penalty. 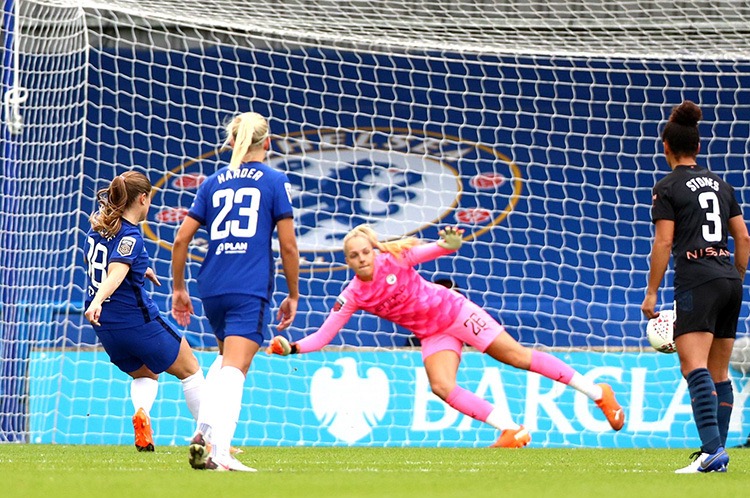 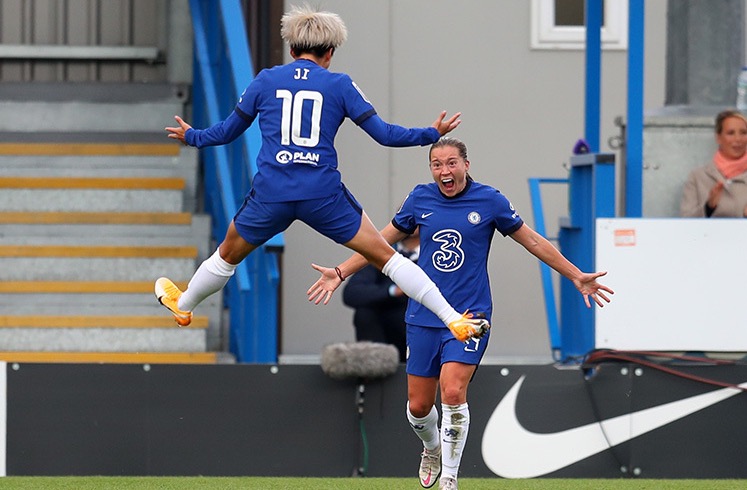 It was Hayes’ side who again carved out the best chances after the break.

Kirby broke free and whipped in an inch-perfect cross to Kerr who rose highest – but tipped a header just over the bar.

It was only a matter of time before the Australian strike sensation got her breakthrough as she kept a cool head to slot home on 57 minutes thanks to another peach of a pass from Kirby.

It was Kerr’s third goal in four league games, as she delivered the best possible riposte to the Twitter trolls who had been claiming she had been firing blanks since her high-profile transfer last November.

But against the odds City were handed a desperate lifeline when Caroline Weir’s cross struck Millie Bright’s arm – with Welch pointing to the spot again.

England winger Chloe Kelly stepped up and slammed it in with 15 minutes to go.

But the hosts instantly hit back with Cuthbert causing a major headache for the normally pristine Bronze down the right flank.

The Scottish international set up Kirby with a cute through ball and the England striker’s twinkle toes twisted inside and out before tucking home to wrap things up.

On the controversial penalty, City boss Gareth Taylor said: “I didn’t see much of the penalty, I’ve heard it’s a shocker.

“It is what it is, the yellow card for Ellen White is frustrating, the Chelsea player was already on a yellow when they gave away the penalty but didn’t get a second.

“We just need to focus on ourselves and not make excuses. The frustration is there. This won’t define our season."

Boss Emma Hayes added: “This is football you can’t lift your arms, and we don’t know how to teach defenders how to defend!

“I thought the officials were excellent today, they stayed with the pace of the game, the people in the middle had a great game.”