Home » Sport » Chelsea ratings: Kovacic proves he is the real deal in midfield but Christensen selection questioned with costly errors – The Sun

Chelsea ratings: Kovacic proves he is the real deal in midfield but Christensen selection questioned with costly errors – The Sun

CHELSEA suffered their third defeat in four games as Duncan Ferguson's side were simply too good for them at Goodison Park.

Richarlison headed the hosts in front with just five minutes on the clock and four minutes into the second half it was 2-0 when Dominic Calvert-Lewin scored. 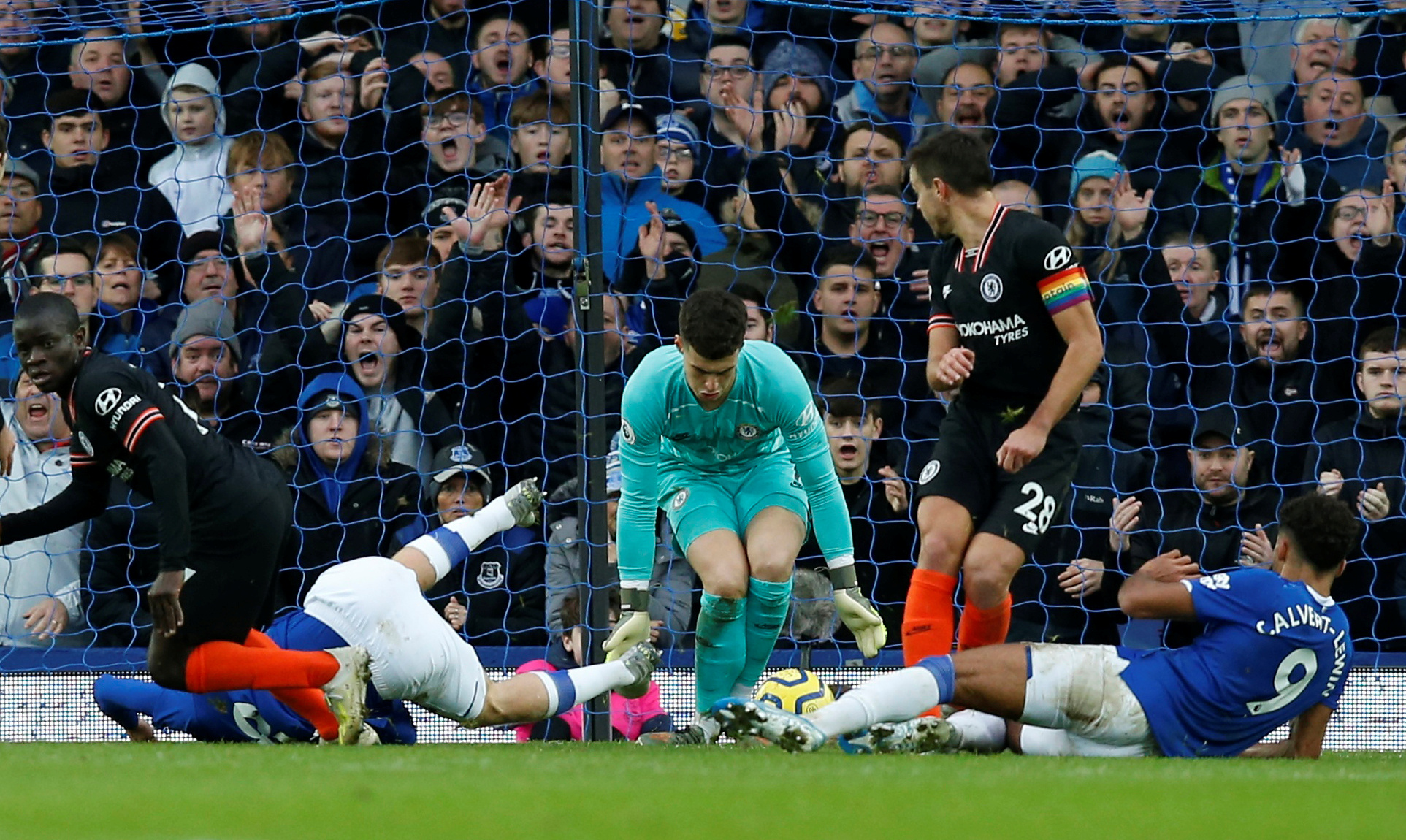 Mateo Kovacic pulled a stunner back but as the visitors tried to find an equaliser, a huge error from Kepa Arrizabalaga was pounced upon with Calvert-Lewin netted a second to secure his first Premier League brace and all three points.

Had no chance with the Richarlison header but made a decent stop to get down and deny Dominic Calvert-Lewin. History repeated itself in the second half as Calvert-Lewin slotted in and then the Spaniard denied Theo Walcott. Inexplicably passed the ball straight to Walcott for the third to sum up the limp Chelsea display.

Is proving why he will be Chelsea's right-back for years to come with another mature performance, his last as a teenager. He turns 20 tomorrow but looks like he has been playing Premier League football for years. Unfortunately for him, there is a certain Trent Alexander-Arnold who is likely to be England's first-choice right-back.

Was all at sea for Everton's second. Firstly, he failed to properly clear the ball and then when it came back in, he simply hoofed it up in the air and the comedic goal was finally tucked in by Calvert-Lewin after it bounced kindly off Zouma's chest into the path of the Englishman.

Blasted after getting caught dropping too deep in the build-up to Everton's early opener, giving him too much to do as he tried to stop Richarlison powering a header in. And it got worse for the Dane when he failed to deal with Zouma's ball in the air, allowing Calvert-Lewin to score. Why has Fikayo Tomori been dropped?

Struggled at left-back to cope with veteran winger Walcott throughout the game. Almost set up Mason Mount for an equaliser and then from the rebound flashed a shot at goal.

Scurried around the middle of the park in the way only he can and offered a threat going forward as he got into some advanced positions. Was surprisingly beaten by Walcott during the second half as the ex-Arsenal man raced through but made amends two minutes later with a trademark tackle on the same opponent.

Proved once again why he is keeping Jorginho out of the team. Arguably Chelsea's best player in recent weeks and showed his all-round quality in midfield. Strong and physical, linking up the play and then Kovacic topped it off with a stunning side-footed strike from 25 yards which found the bottom corner to drag his team back into the game from nowhere.

Huffed and puffed in an attempt to make something happen but was constantly left frustrated. Was crowded out a number of times by the Everton defenders and had two big chances. The first he opened himself up and went wide of the far post then had a volley blocked.

Certainly started as Chelsea's most creative spark, constantly pressurising the Everton back line and put in some teasing deliveries. But after an impressive opening 25 minutes, went pretty quiet and was subbed off with 20 minutes left.

It looked like it just wasn't going to be Tammy Abraham's day from the outset. He got a toe to a fizzed Willian cross but not enough to turn it goalwards, then didn't gamble on a similar delivery from the other side. Took a nasty whack on his hip and never looked like scoring.

Looked good on the ball and was always the man looking to make a turn, get into the box and test Pickford. Djibril Sidibe's tactic was to simply foul his man at every opportunity and dominate physically. Pulisic had a big chance to pull one back at 3-1 but headed at the goalkeeper.

Came on for the final 20 minutes but had virtually no impact whatsoever, barely touching the ball.

An attacking change with Chelsea looking to rescue something meaning the right-back was sacrificed but to no avail as Batshuayi did nothing.