Chelsea star Ziyech is perfect mix of Eden Hazard and Cesc Fabregas, says Nevin.. and stats show just how creative he is HAKIM ZIYECH is the perfect blend of Eden Hazard and Cesc Fabregas, according to Pat Nevin.

And the stats prove just how creative the Chelsea summer signing is. 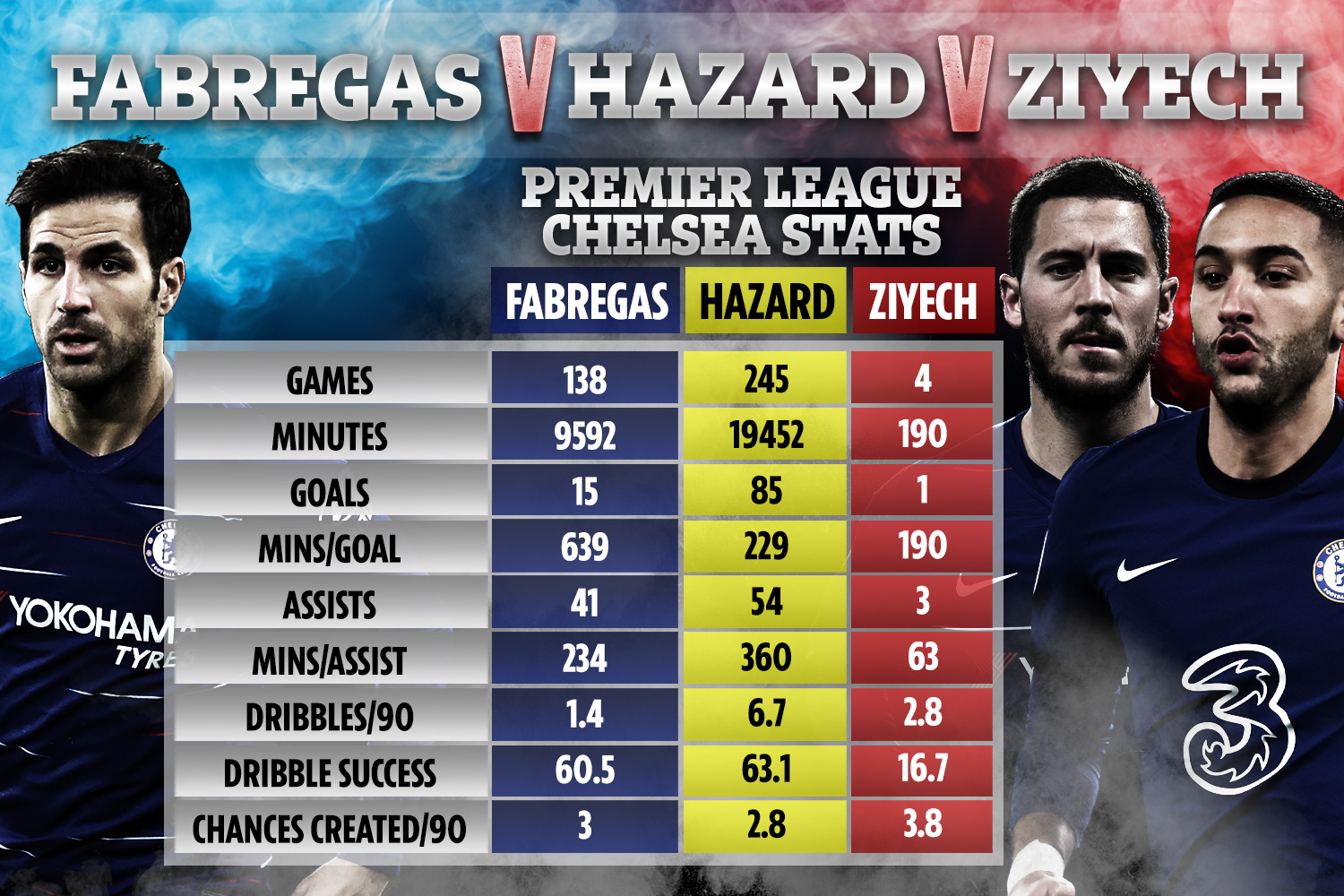 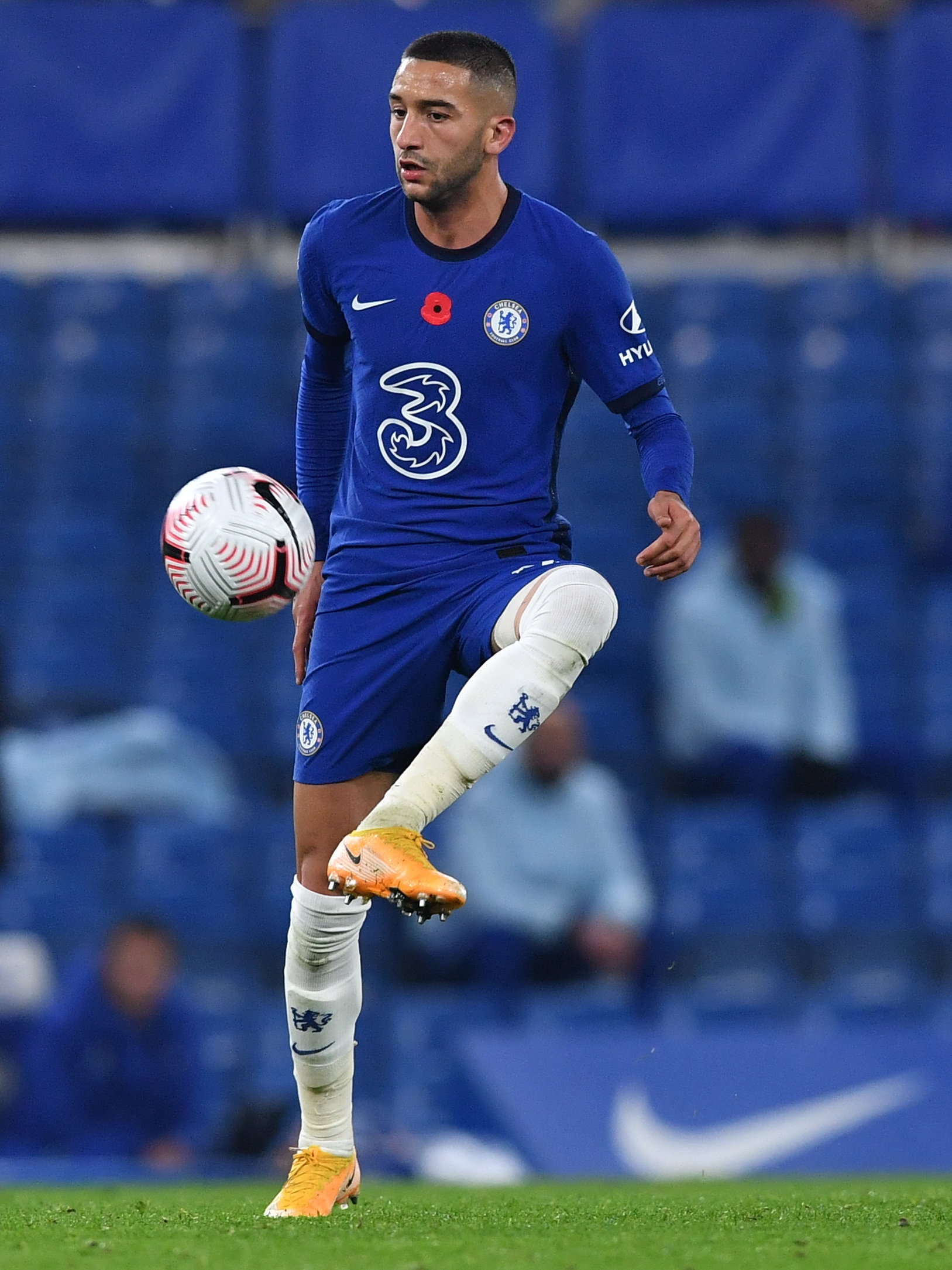 Ziyech, 27, arrived from Ajax and, after missing the beginning of the season through injury, has now hit the ground running.

In the last two games he has registered a goal and an assist at Burnley followed by a pair of assists in his stellar performance against Sheffield United.

And Chelsea hero Nevin was full of praise for the winger, comparing him to two of the finest creative players to grace the Premier League.

He told the Blues' club website: "It was a magnificent performance showing little glimpses that reminded you of the best of Eden Hazard at one moment and then Cesc Fabregas’s genius two minutes later.

“Okay, so it was ‘only the Blades’ some might say and yes, things will be tougher against the likes of Manchester City and Liverpool, but he has enough technical ability to live and thrive very easily in that company too.

“We will find out soon enough, but it is noticeable how many chances we appear to be making and indeed scoring since Ziyech started against Krasnodar. We have played four games and have a current running scoreline of 14-1."

Of course, it is very early days to put Ziyech's stats up against Hazard and Fabregas'.

The new boy has only played 190 minutes across four Premier League games, with the vast majority of those minutes coming against the bottom two sides. 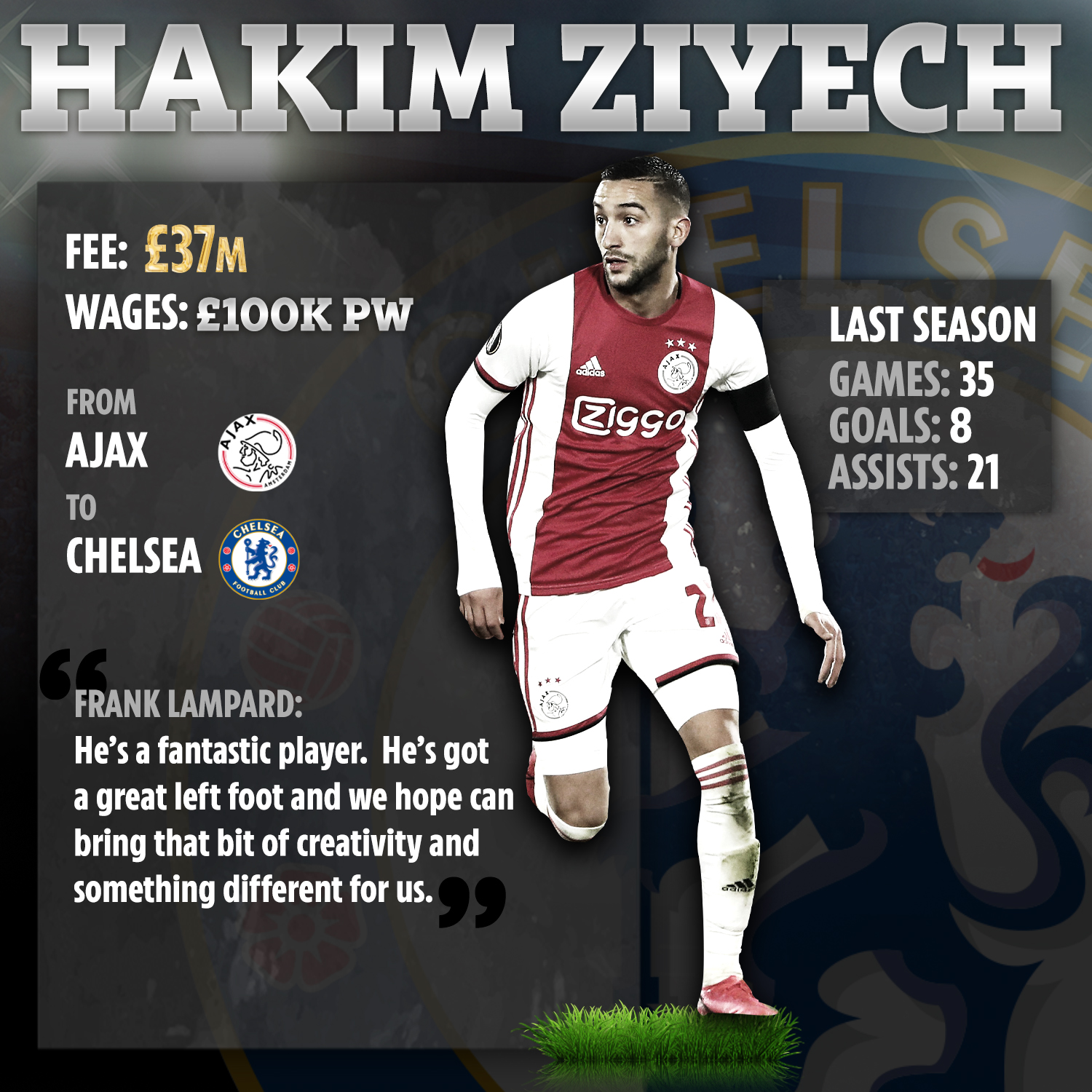 Fabregas and Hazard, however, amassed 595 Premier League games between them with 135 goals and 165 assists.

The stats show, though, that the early signs are positive when lined up with the former Chelsea duo during their spells at Stamford Bridge.

Ziyech's one goal in 190 minutes tops Hazard's return at a strike every 229 minutes and Fabregas' 639.

Unsurprisingly his dribbling stats are well down on Hazard as things stand.

But it is the chance creation that will also excite Chelsea fans after Ziyech made six against Chris Wilder's men, a record in the league so far this season.

He averages 3.8 chances created per 90 minutes with Hazard on 2.8 and Fabregas on 3. 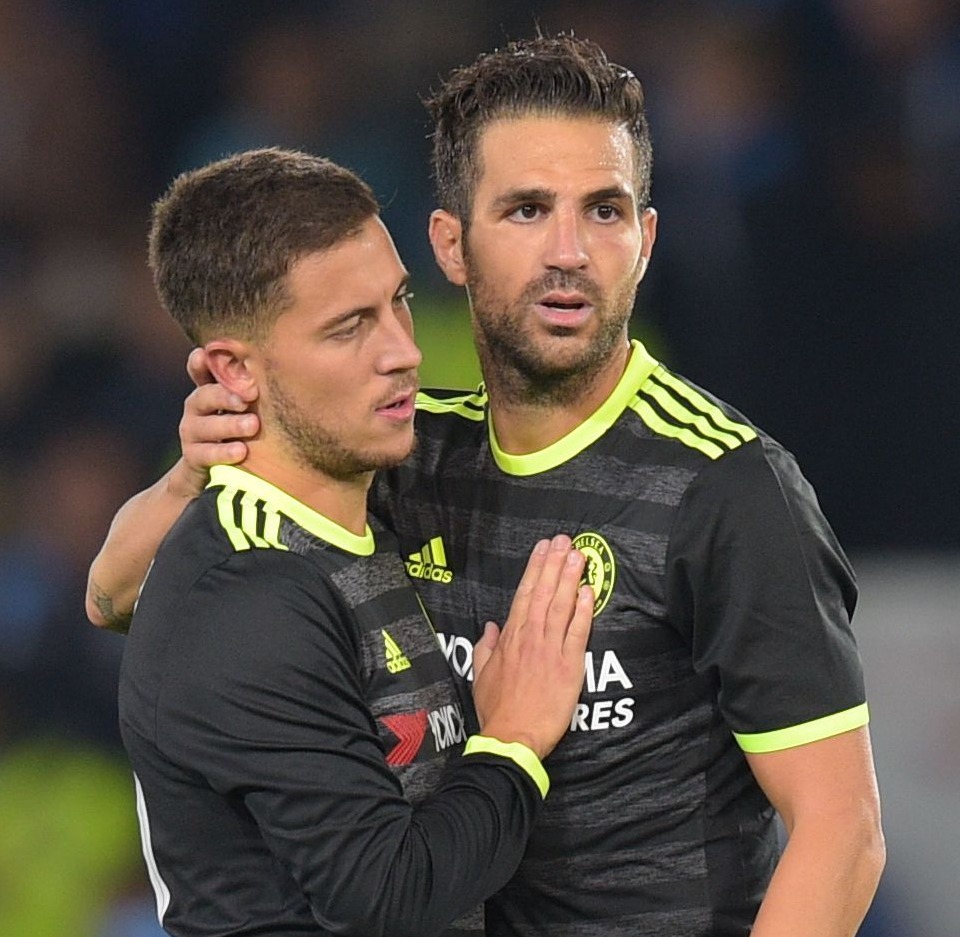 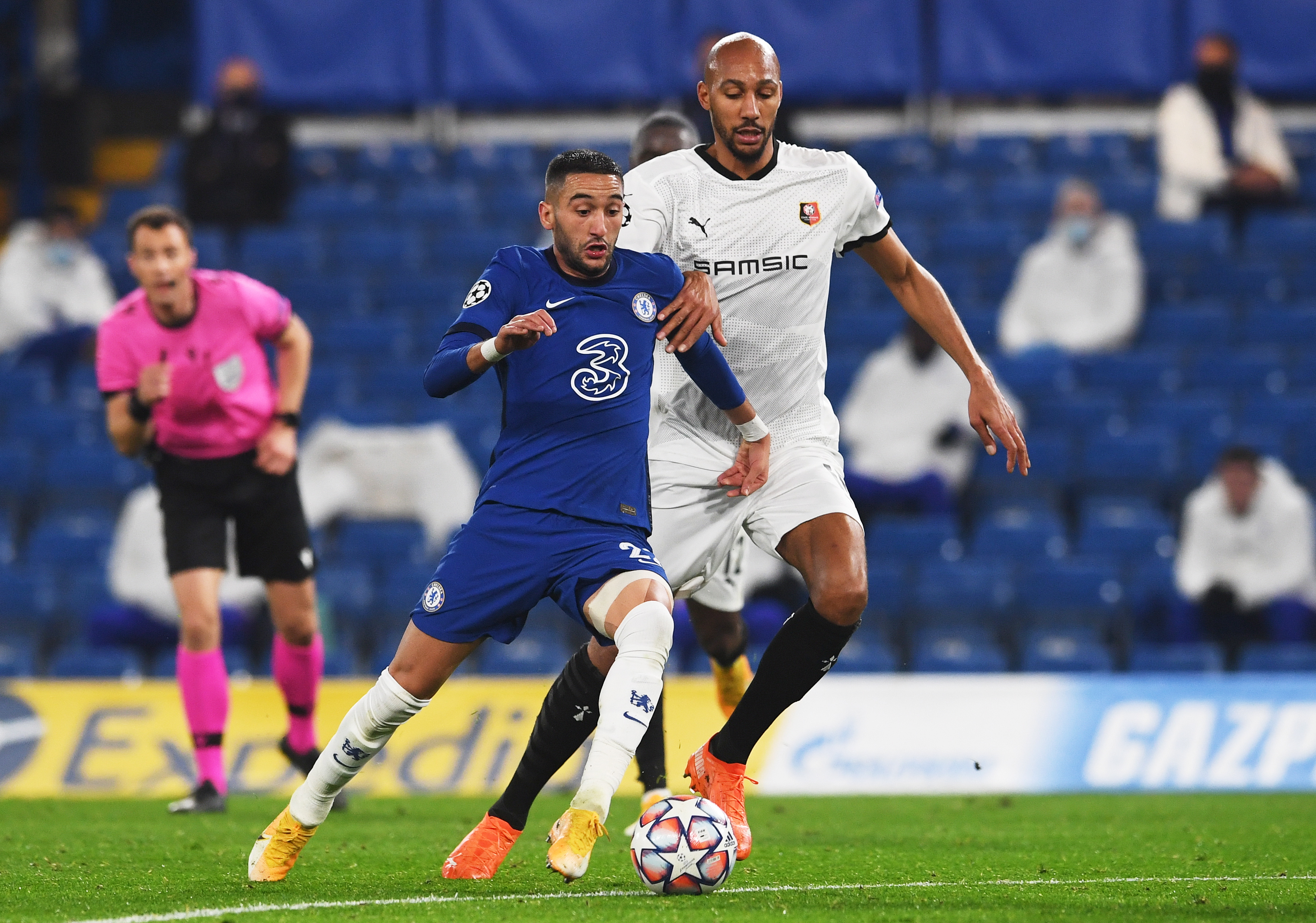 Ziyech prefers to operate on the right and cut in on to his dangerous left foot, allowing space for the right-back to overlap and add another element to attacks.

But even trying to keep the Morocco international out wide does not extinguish the threat due to his wicked right-foot delivery as well.

Nevin added: "There is his vision, stunning delivery with his left foot, while his right foot is pretty hot as well. He can score as well as creating but it is that ability to see gaps and deliver the ball into them that is the most noticeable thing at the moment.

“In short, it all looks very good, but of course because it looks good, everyone else has been watching him now and maybe the element of surprise will be diminished? Will this have an influence on his effectiveness in the short to medium term?

“If you are an opposition coach the first thing you have to do against him now is a no-brainer, you have to get him ‘shown down the line’ on that right-hand side by the full-back and hopefully the covering midfielder.

“It is better dealing with a decent right-foot cross than that vicious, bordering-on-unstoppable left-foot screamer he has in his locker.

“The thing is, it is obvious players have been trying to do that to Hakim for years and he is wise to it. If they over-cover he just goes inside further and releases the space for his own overlapping full-back.

"That creates just as big a problem for the opposition, as Reece James is probably the only player who could argue with Hakim about having the best delivery in the squad just now.

"I can already see something special with Reece and Hakim. You might stop one, but that will create space for the other.”