CHELSEA have received a boost in their transfer pursuit of Rafael Leao with the AC Milan star unwilling to sign a new contract, according to reports.

The Portugal winger has just 18 months left on his Milan deal. 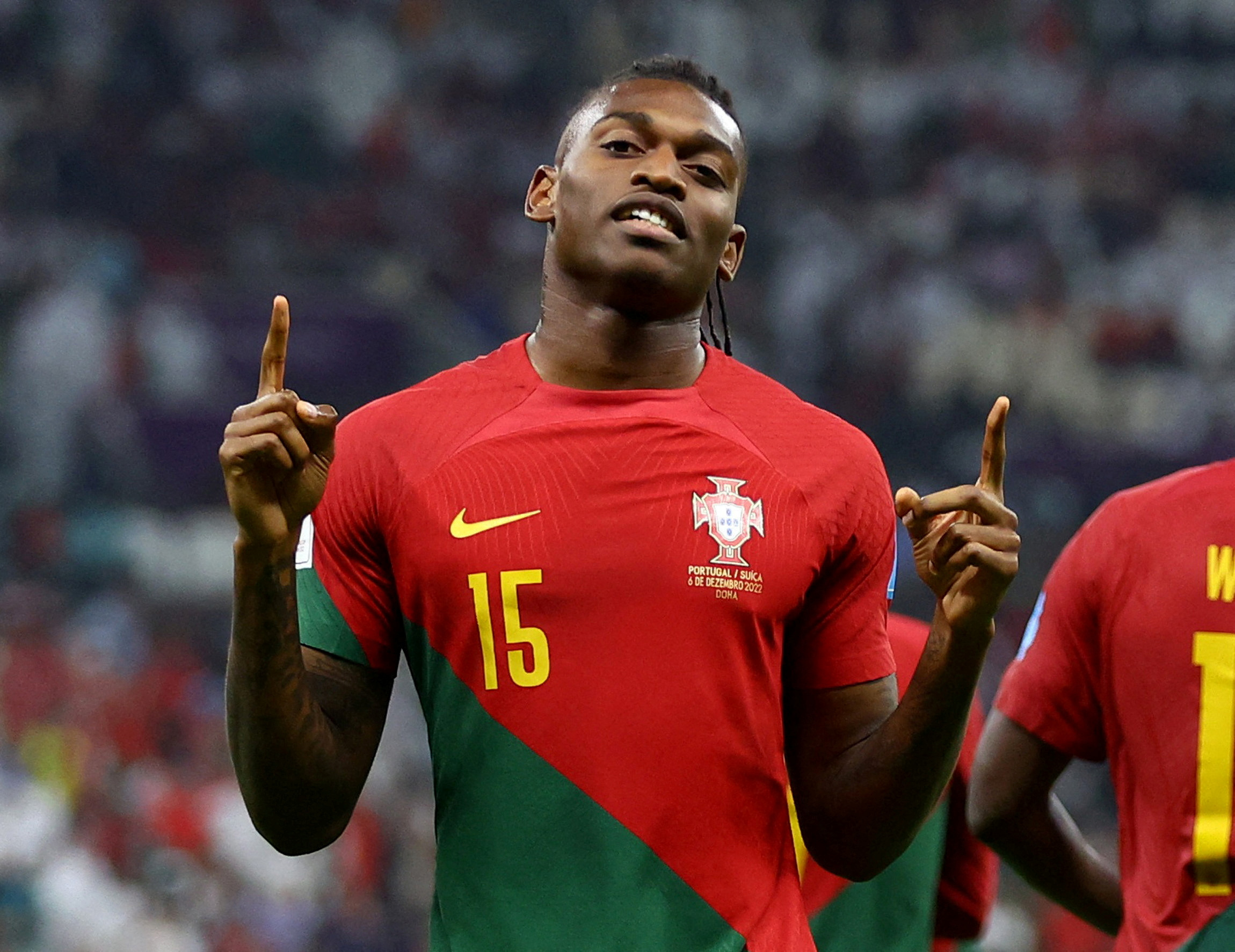 But there is no sign of him putting pen to paper soon with Leao unhappy with the wages offered by the Serie A champions.

He is believed to want around £115,000-a-week but Milan are yet to meet his demands, report Football Transfers.

Despite the impasse, the Italian side remain confident Leao will extend his stay.

Milan technical director Paolo Maldini is believed to be in negotiations with Leao and his representatives, and club president Paolo Scaroni is confident a deal will be struck.

World Cup semi final offer: Get £40 in FREE BETS when you stake £10 at Sky Bet

But until Leao's future is tied up Chelsea will likely continue to hold an interest.

The Blues had a £70million bid rejected in the summer but could return with more bids in January or at the end of the season.

The winger – also a target for Manchester United – has scored seven and assisted nine in Serie A and the Champions League this season.

United have sent scouts to watch the 23-year-old in action but it is not clear if he is open to a move to Old Trafford.

Paris Saint-Germain are also believed to be keeping tabs on Leao.