COLLIN MORIKAWA won his first Major in style with an incredible eagle on the 16th to deny England's Paul Casey.

American Morikawa, 23, hit his drive to 7ft 1in on the 290-yard par-four and showed nerves of steel to roll in the putt.

And just two holes before that he chipped in from off the green for a ridiculous birdie – a sign this was to be his day.

Morikawa stormed the field with a blistering six-under final round of 64, good enough for a two-shot win over Casey.

This is just his second Major as a pro and he joins legends Jack Nicklaus, Tiger Woods and Rory McIlroy in winning this event for the first time at 23. 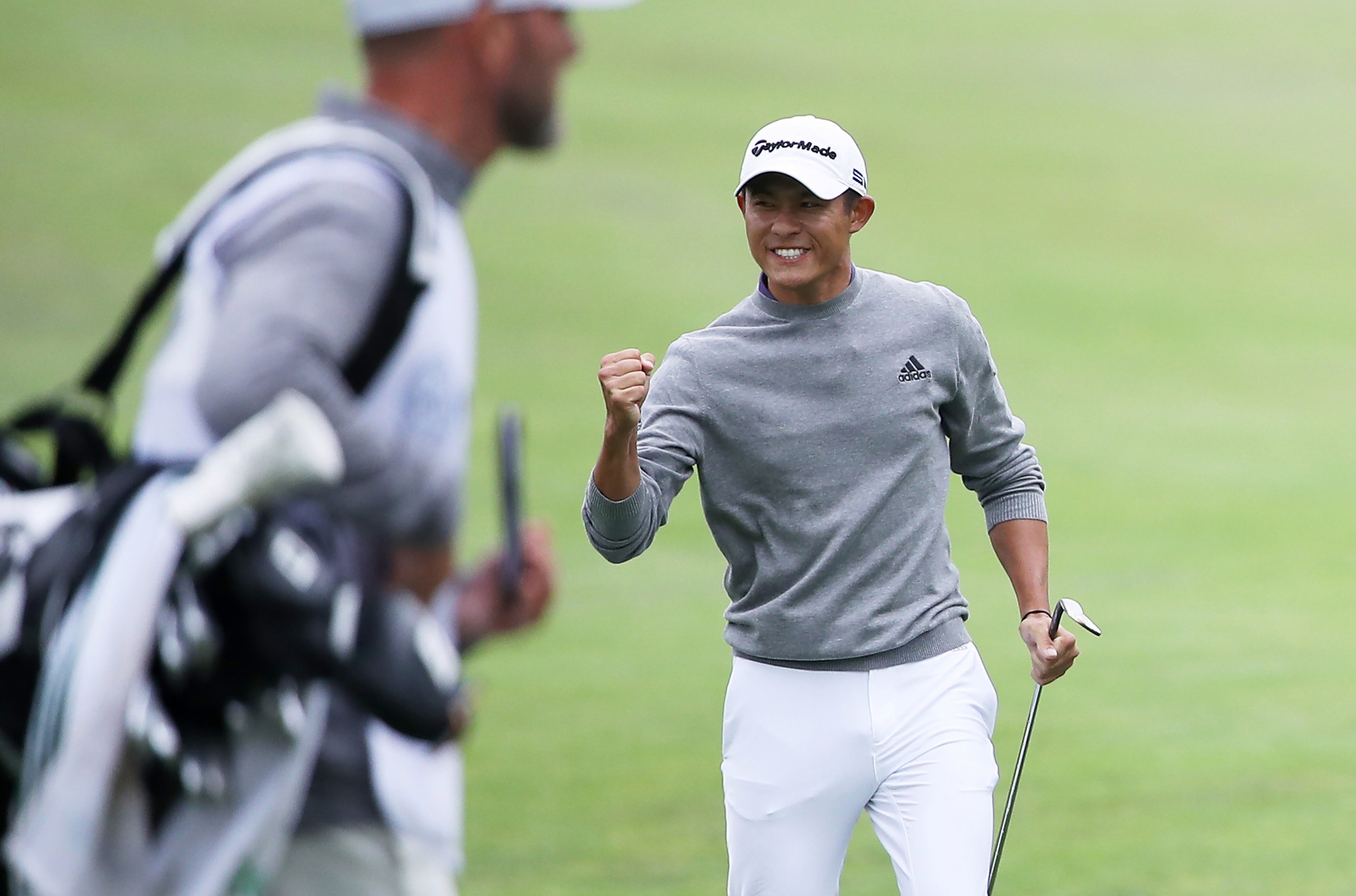 But his ecstasy was Casey's agony as the 43-year-old Englishman recorded his best finish in his Major – but also just lost out on his best chance to win one.

Casey had just one bogey in a classy final-round 66 – but how he will rue that heavy-handed chip that led to his one dropped shot on the tough par-four 13th.

Surrey's Casey said: "I played wonderful golf, simple as that. I have nothing to say other than that.

"Watching Collin come down 18 and hitting a glorious shot, he deserves it. His shot on 16 was awesome golf.

"It's been a great week but a strange week missing the fans."

Former US Open champ Dustin Johnson took a one shot lead into the final round and shot two under but still was no match for majestic Morikawa.