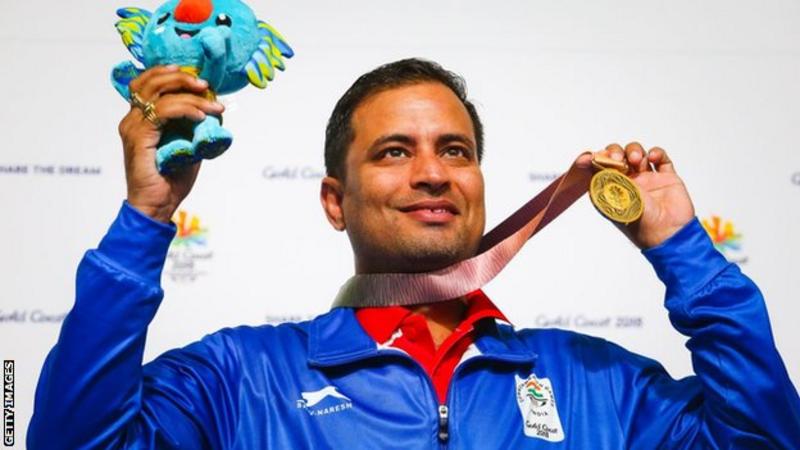 The 2022 Commonwealth Games could see shooting and archery staged in India several months before the main event starts in Birmingham.

The unprecedented proposal has been put forward by India, who had threatened to boycott Birmingham 2022 after shooting was excluded from the Games.

If approved, the idea would avert that risk.

BBC Sport understands the results of the competitions would count towards the official medal tally.

The change will be considered by the Commonwealth Games Federation (CGF) over the coming weeks.

It could be accepted by its executive board as soon as next month, and then put to a full vote of the CGF’s 71 member associations.

India has agreed to pay for the cost of hosting the two competitions – thought to be as much as £20m.

Shooting has been included in every Games apart from one since 1966.

But last year Birmingham 2022 announced that the sport – along with archery – had been left out of the programme, as they are both optional sports for host cities.

India has a proud record in shooting. At the 2018 Commonwealth Games on the Gold Coast, the country’s shooters accounted for 16 of their 66 medals, contributing to a third-placed finish in the medal table. They threatened to boycott the event if a compromise could not be found.

That caused alarm within the UK government, which hopes the £788m event will be an advert for global, post-Brexit Britain and help secure trade deals. Birmingham 2022 will be the biggest and most expensive sports event to be staged in the UK since the London 2012 Games.

In August, sports minister Nigel Adams wrote to CGF officials suggesting a compromise in which shooting would be staged at Bisley in the UK in 2022, but not be part of the official Games programme.

In November CGF officials held crisis talks with Indian sports authorities in New Delhi and expressed optimism that a solution could be found.

Last month it announced India had dropped the threat of a boycott.

But BBC Sport has learned that India’s Olympic Association has now written to the CGF with a groundbreaking proposal for a pre-Games shooting and archery competition.

The idea, backed by India’s government and the two sports’ international federations, is for the events to take place in either New Delhi or Chandigarh four months before the action gets under way in Birmingham.

Medals would count in the event’s official table.

Some will welcome the suggestion as a highly innovative solution that enables shooters and archers to take part in the Games and successfully avoids a highly embarrassing and damaging boycott by the Commonwealth’s largest country.

Others, however, may fear an exception will be made simply because of India’s political clout, and that it could undermine British teams’ prospects at Birmingham 2022 if they start the event already trailing India in the medal table after the proposed shooting and archery competitions.