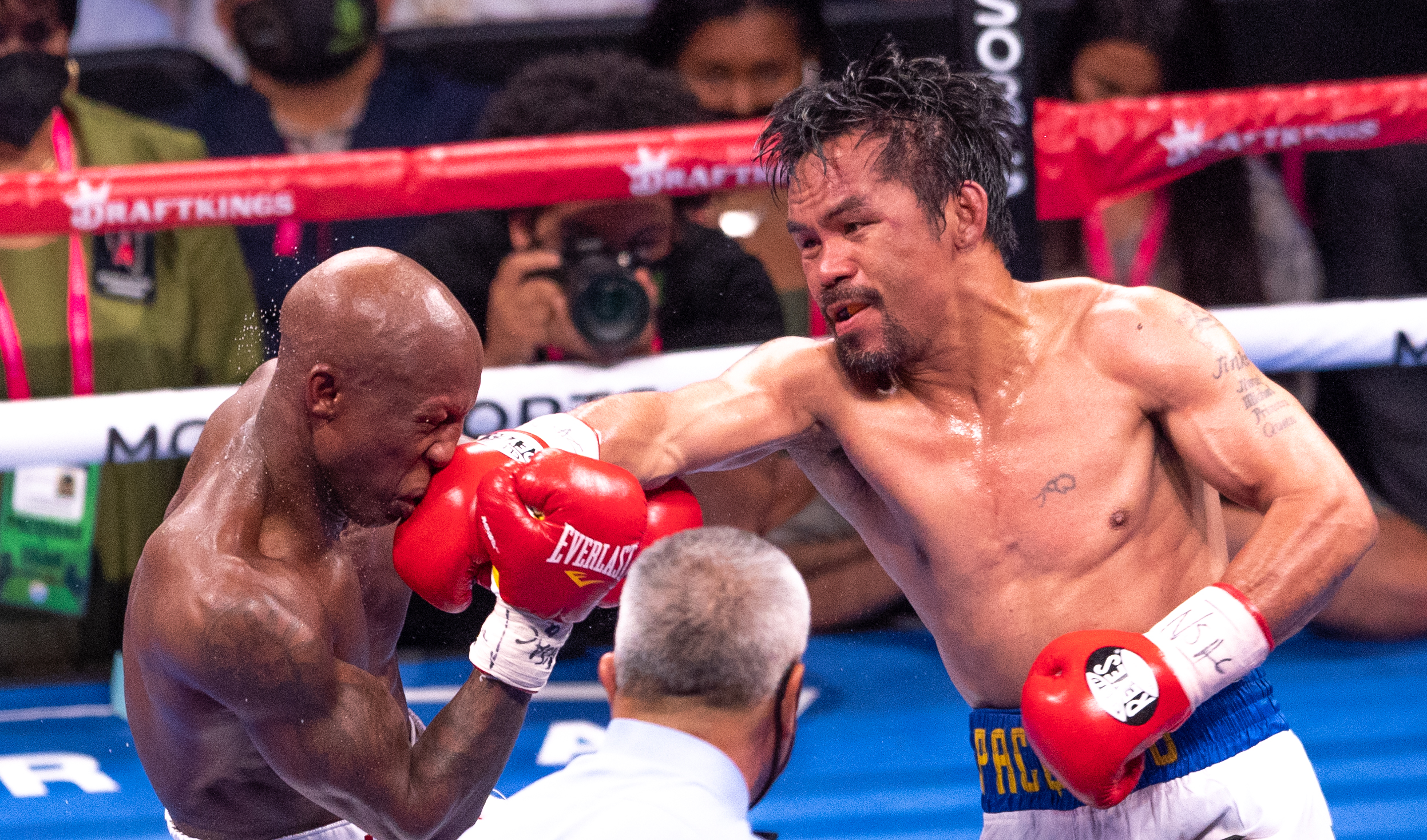 Among the interested observers was UFC superstar McGregor, who was in talks to box the Filipino before losing his rematch with Dustin Poirier in January.

And The Notorious has claimed he's due a pretty penny from the fight, tweeting: "I’m owed commission off that manny fight and I want it."

A showdown between McGregor and Pacquiao is unlikely to come to fruition as the pride of the Philippines is contemplating hanging up his gloves.

In the post-fight press conference, he said: "In the future, you may not see Manny Pacquiao fight again in the ring.

"I don't know. But for how many decades, I'm so happy with what I've done in boxing.

"I contribute a record in boxing also and to make boxing the top. And especially bring honour to my country and the Filipino people.

"I'm so proud to be a Filipino and thankful to all the fans all over the world."

Pacquiao, 42, penned an emotional thank you message to his legion of fans on Instagram on Sunday, writing: "I want to thank God for giving me the strength to fight.

"I thank my family for always standing beside me. I wish to congratulate Ugas and his team.

"Although, I hoped for a different outcome, I wish him the best.

"Thank you to the fans all around the world who were watching.

I’m owed commission off that manny fight and I want it.

"Thank you to every Filipino that has ever supported me. I’m so proud to represent my country.

"I’m sorry I could not give you a win, but I did my very best.

"From the bottom of my heart, THANK YOU! God bless you all! Mabuhay."

McGregor, meanwhile, is currently recovering from the broken leg he suffered in his UFC 264 trilogy fight with Poirier last month.

"I’m rocking (and) well ahead of schedule. Let’s keep it going. … It was good news. Good news at the doc’s."