CONOR MCGREGOR's famous pre-fight trash talk wouldn't have made a difference to the outcome of his rematch with Dustin Poirier.

That's the honest admission of his head coach John Kavanagh. 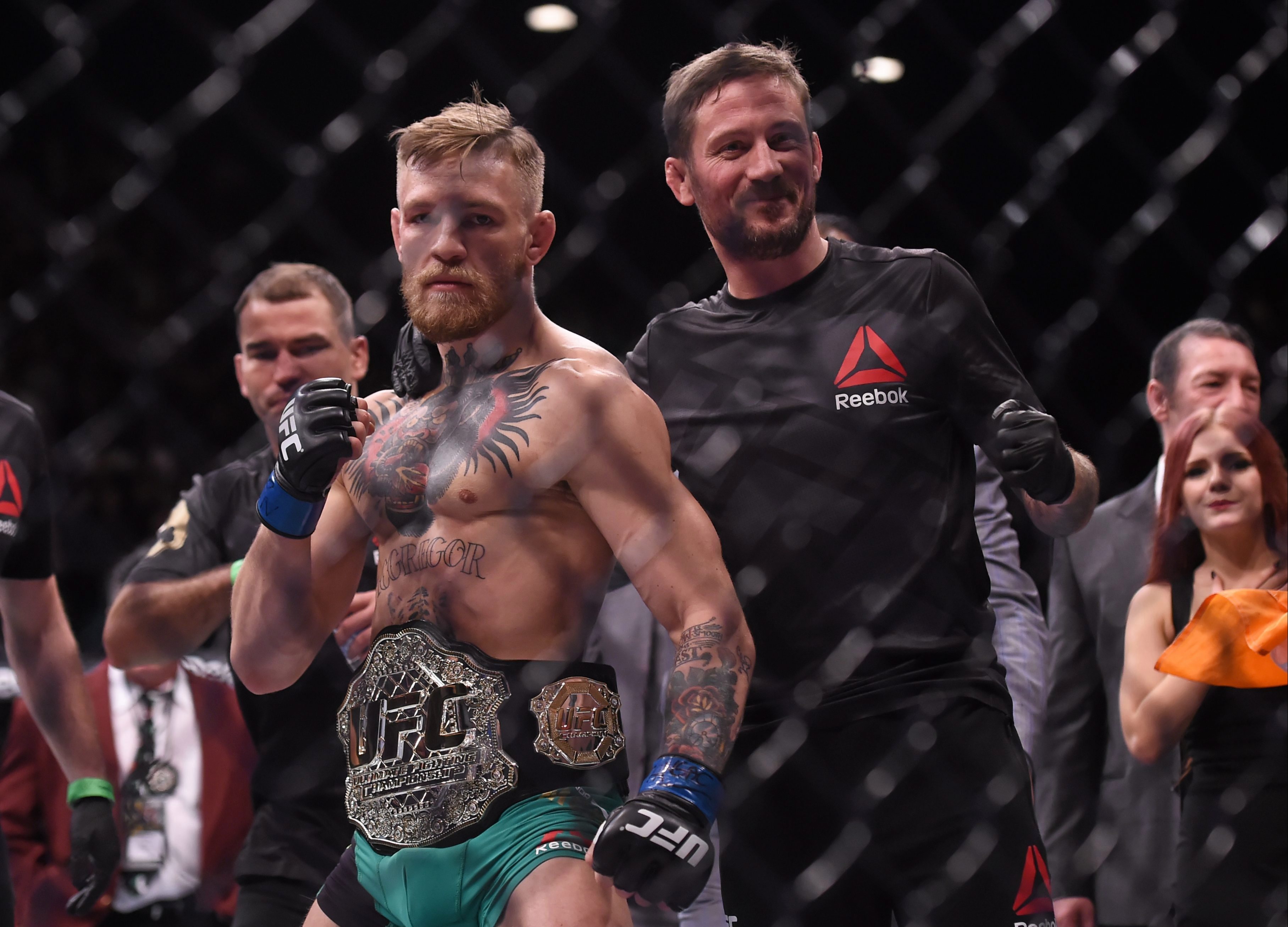 The former two-division champion suffered a second-round KO defeat to Poirier in January in the main event of UFC 257 in Abu Dhabi.

Many attributed the Irishman's third defeat inside the octagon to the lack of his 'Notorious' pre-fight mental warfare.

But coach Kavanagh insists mind games would've done little to change the result of the fight, telling BT Sport: "It definitely has an effect.

"Would it have had enough of an effect to change that fight? I don’t think so.

“Fair play to Dustin and (Poirier’s coach) Mike (Brown) and the guys.

"Even when he was getting clocked, he got hit a couple of times hard but he still didn’t start getting into a trading war or try and gas himself out trying for takedowns.

"He had this plan that he had the check hook and they had had the calf kick and they were just going to keep doing it and hope it would work, and it did.

"I don’t think any amount of pre-fight shenanigans would’ve changed that or any interview requests or any screaming fans."

McGregor, 32, has been urged to go back to his old ways ahead of his rubber match with The Diamond.

Poirier himself has called for the Dubliner to get back in touch with his former self, saying during an interview with UFC commentator Joe Rogan: "Be an a**hole."

A trilogy fight between McGregor and Poirier is in the works for the summer, with the pair's blockbuster fight expected to take place in either July or August.

And Kavanagh reckons his most famous student already has a better handle on how to deal with Poirier's debilitating calf kicks ahead of their series decider.

He said: "We’ve gotta figure out these fricking calf kicks, how to use them and defend them.

"We’re pretty confident we have that sorted out now.

"I think he looked excellent everywhere else so give us a rematch and we have the rematch, I feel.”

McGregor – Ireland's first UFC champion – is itching to get back in the octagon and settle the score with fan favourite Poirier once and for all.

He wrote on Instagram: "One apiece now with a trilogy bout for all the marbles! Wow! Exciting!

“Not a trilogy I was expecting, nor the tactical affair I was anticipating, but I’d be lying if I said this wasn’t meant to be.

“This is exactly how this was always meant to be! Buzzing!!”