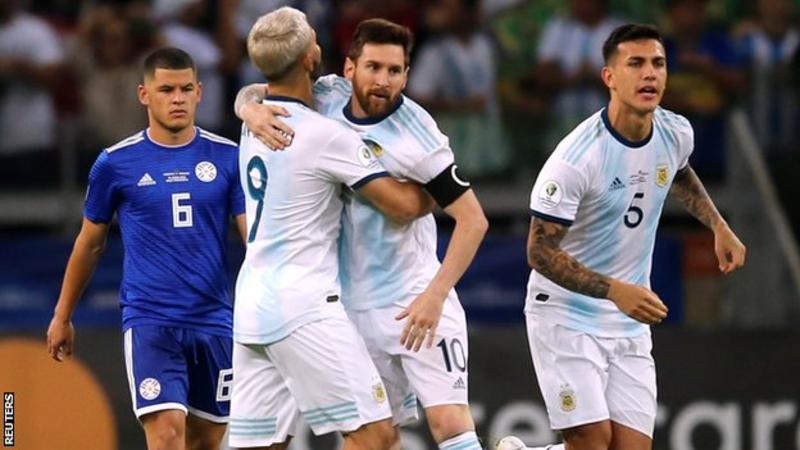 Lionel Messi says “another Copa America starts” as Argentina face Venezuela in the quarter-finals in Brazil.

Argentina were unconvincing in the group stage, losing to Colombia before drawing 1-1 with Paraguay.

A nervy 2-0 win over Qatar booked a last-eight tie in Rio’s Maracana stadium on Friday (20:00 BST), as Messi, 32, continues his bid for a first senior title with his country.

The Barcelona forward said: “Now starts another Copa, now it’s all or nothing.”

The five-time Ballon d’Or winner added: “We needed a game like that [against Qatar], to gain confidence and to be calm. As the games go by, the team has to grow.”

The 14-time winners are looking to end a 26-year wait to regain the Copa America and have reached four of the last five finals, losing the last two on penalties against Chile.

Besides Ecuador, Venezuela are the only other South American nation yet to win the tournament but reached the quarter-finals after going unbeaten in their group, claiming 0-0 draws with hosts Brazil and Peru before beating Bolivia 3-1. 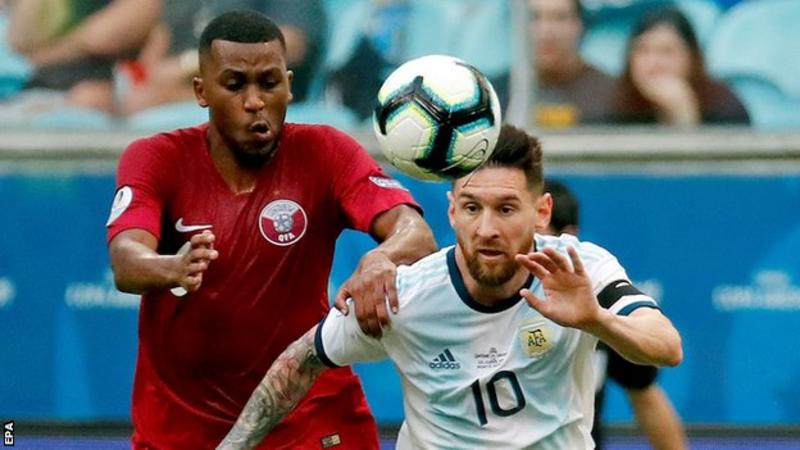 It seems unthinkable that for all the club and individual honours that Lionel Messi has won, he could end his career without winning a senior trophy with Argentina.

He has three runners-up medals from the Copa America and another from the 2014 World Cup, but time is running out for him to claim international glory and have a chance of truly joining national hero Diego Maradona in the hearts of the Argentine people.

His performances in Brazil have so far been underwhelming, although he did score a penalty to equalise against Paraguay, but now Argentina return to the iconic Maracana, the scene of their 2014 World Cup final defeat.

And if that is not enough to inspire Messi to get back to his best, Argentina could set up a semi-final clash with arch-rivals Brazil, who face Paraguay in the last eight (01:30 BST Friday). 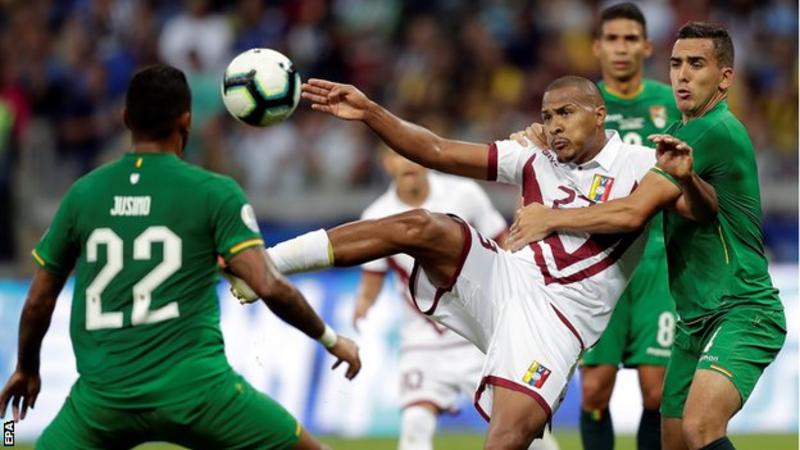 Salomon Rondon, who is set to return to the Premier League this summer after spending the season on loan with Newcastle, struck twice in Venezuela’s warm-up game with the USA to become their all-time leading scorer with 24 goals and he now has 76 caps.

Argentina, meanwhile, have just five survivors from the last Copa three years ago so – Nicolas Otamendi apart – Rondon will be up against a defence which is relatively inexperienced at international level. It could include Tottenham’s Juan Foyth as the 21-year-old centre-half started the win over Qatar.

Venezuela beat Argentina 3-1 in a friendly in March, with Rondon on target, and after conceding just one goal in the group stage, he and his team-mates have the chance to send La Vinotinto into the semi-finals for just the second time.